Are You Really Listening? 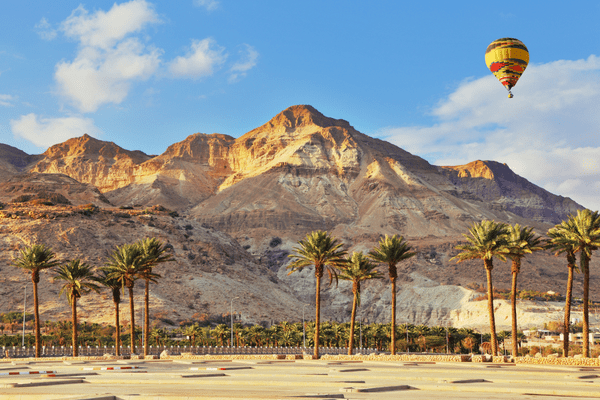 And if you do obey these rules and observe them carefully, Hashem your God will maintain faithfully for you the covenant that He made on oath with your fathers:

I was thirty-nine years old and determined to get married. Being religious and in yeshiva (school for Jewish studies), arranged dates were the way to go and I had been on hundreds of them. Usually, two meetings at a coffee house were enough to determine that there was no chemistry between us. So I didn’t have very high expectations when my rabbi arranged for me to meet a woman at a friend’s Shabbat lunch.

My friend and his wife were happy to host us. They had hosted potential couples and knew to allow the conversation to take its course, ready to take over if it became clear we weren’t clicking. She was pretty but I had met many pretty women. I was tired so I wasn’t up to being a perky conversationalist. So she did most of the talking, beginning by telling me where she grew up and went to school.

But as she spoke, the strangest thing happened. I was hearing her voice but under the words, it was as if she had another voice that was speaking at the same time, giving a deeper explanation of what she was saying. To be honest, it freaked me out. Nothing like that had ever happened before (or since). It was at that moment I realized that what had been missing with all the other women was a deeper level of understanding that went beyond the words that were being said.

Hearing is very important in the Torah. In fact, variations of the root of the word to hear, sh-m-a (ש,מ,ע), appears no less than 92 times in the book of Deuteronomy! Why is this word so significant?

Jews recite the “shema” prayer twice a day, declaring God’s kingship. The important phrase states simply, “Hear, O Israel, the Lord is God, the Lord is one.” It is undoubtedly an important thing to hear, but can a declaration of faith be manifested simply by hearing one sentence?

The word shema appears at the beginning of the Torah portion of Eikev with a different meaning:

And if you do obey these rules and observe them carefully, Hashem your God will maintain faithfully for you the covenant that He made on oath with your fathers: Deuteronomy 7:12

Here, the word tishm’un (תִּשְׁמְעוּן), literally ‘you (plural) will hear’, is translated as ‘you obey’. This is also the meaning of the word when the Jews receive the Torah by declaring we will do and we will hear/obey (na’aseh v’nishma, נעשה ונשמע) (Exodus 24:7).

Hearing is more than just allowing sounds to enter your ears. It is a deep process of internalizing what is heard in a manner that leads to intentional action. Any meaningful relationship is based on communication, a dialogue composed of both sides hearing each other. When a person seeks God, he develops such a dialogue. Prayer is speaking to God with the hope that He hears. But the man of faith also listens for what God has to tell him.

Many misunderstand the role of a king, believing that he mandates, telling his people what to do in a one-directional relationship. But high-level active hearing is essential for a leader. He has to hear God and also hear the people. Therefore, in order to better rule the nation, Solomon requested a “hearing heart”, translated here as an “understanding mind”:

Grant, then, Your servant an understanding mind to judge Your people, to distinguish between good and bad; for who can judge this vast people of Yours?” I Kings 3:9

In fact, listening seems to be the more important trait for a ruler. When God first approached Moses, Moses explained that he was unsuited to be a leader as he was “slow of speech and slow of tongue.” Clearly, in order to overcome Pharoah and unite the Children of Israel, listening, not ordering people around, was most important.