The Kingdom of Persia – The Book of Esther 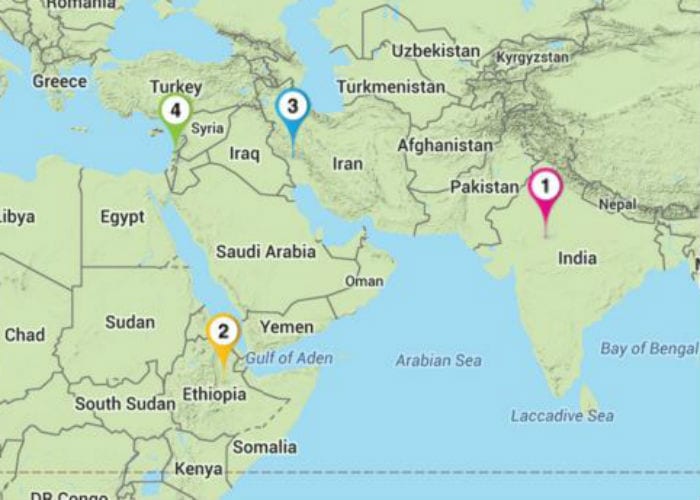 It happened in the days of Ahasuerus—that Ahasuerus who reigned over a hundred and twenty-seven provinces from India to Ethiopia.

In those days, when King Ahasuerus occupied the royal throne in the fortress Shushan,

This map highlights Achashveirosh’s vast empire as described in the Book of Esther 1:1-2.

3. Shushan, located in modern-day Iran, was the capitol of the Persian empire (Esther 1:2).  It is where the events of the Book of Esther took place.  It was also where Nechemiah lived before going to the Land of Israel (Nehemiah 1:1), and is mentioned in the Book of Daniel (Daniel 8:2).

4. The Land of Israel was part of Achashveirosh’s kingdom.