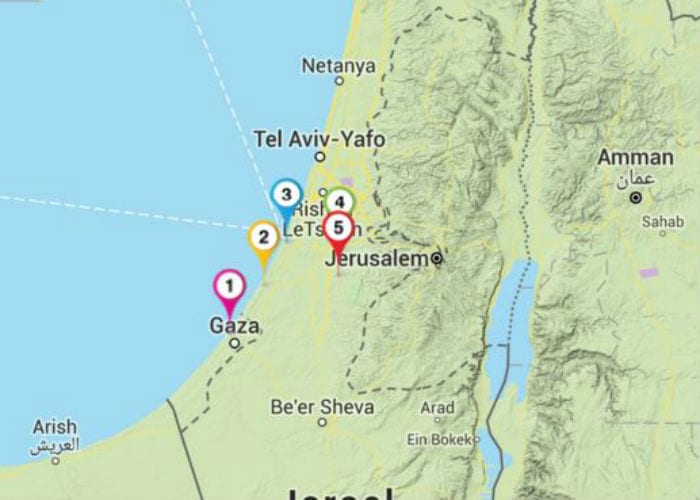 This map features the five Philistine city-states mentioned in the Bible.

The Philistines were not one of the original seven nations of Canaan (Deuteronomy 7:1).  They originated from Caphtor (Amos 9:7), which has traditionally been identified as Damietta on the eastern end of the Nile Delta, and settled in five city-states near the Mediterranean coast: Azzah (1), Ashkelon (2), Ashdod (3), Ekron (4) and Gat (5) (Joshua 13:3/I Samuel 6:17).  The Bible describes them as one of the most dangerous enemies of the Children of Israel.  Some of the most famous examples of battles between the Philistines and the Children of Israel include: