There is a Crisis of Leadership Today: The Bible’s Advice on Choosing a Good Leader 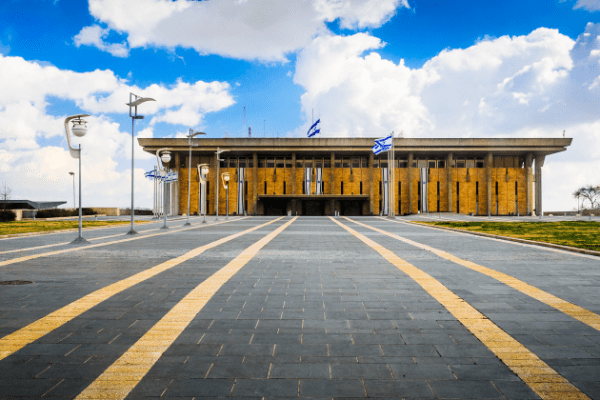 So I took your tribal leaders, wise and experienced men, and appointed them heads over you: chiefs of thousands, chiefs of hundreds, chiefs of fifties, and chiefs of tens, and officials for your tribes.

“Vote for me and get a free puppy!”

Can you imagine a politician campaigning on that platform? But the fact is that many politicians campaign on promises that are not much better than that.

How often does a politician campaign on, “Vote for me because I am wise”?

If you look around the world today, you will see that there is an almost universal crisis in leadership. Practically every country in the world is in flux. Suddenly, the men and women who led their countries are leaving. Or are no longer effective. Israel is heading to the ballots yet again. In this particular area, the Bible can offer a big dose of wisdom.

When the Bible describes the choosing of leaders who would help Moses bear the burden of leading the nation, it provides us with a lesson that is relevant even (or especially) today. The Torah says simply, “Choose wise and experienced leaders” (Deut. 1:15).

But what does that mean? How do we know who is wise?

The medieval commentator Rashi gives a clue. He explains the word chachamim, wise, by giving a synonym; kesufim. But Rashi’s clue is not entirely helpful as the word kesufim is enigmatic. Later commentators struggled to explain this word. What exactly does this mean?

The 17th-century commentary Siftei Chakhamim associates this word with the Talmudic word ikhsif, which refers to embarrassment and shame. He explains that leaders should be ashamed to act improperly, both in their role as judges and in their personal lives. This trait of shame bears with it an amplified level of wisdom, forcing the leader to carefully assess his judgments. True wisdom entails foreseeing all the implications and repercussions of one’s conduct, or, as it says in Ecclesiastes:

A wise man has his eyes in his head, Whereas a fool walks in darkness. Ecclesiastes 2:14

A person who is wise, or a bit ashamed of what his actions might bring, takes his time in deciding what to do. This type of wisdom is manifest in the ability to patiently and diligently assess the potential results of every action before it is performed.

The Pardes Yosef He-chadash, written by Rabbi Yosef Poznovsky in the 19th century, explained Rashi’s use of the word kesufim as describing the humility needed to learn and take an example from all people. An arrogant person is overly concerned with his own public image and will disregard or disrespect anyone he considers beneath him. A humble person, on the other hand, is open to learning from anybody. A true leader disregards his own standing in the search for wisdom in his decisions. He will seek wisdom and knowledge everywhere with no regard for acclamations or accolades. This type of leader stands a much better chance of achieving wisdom because all sources of wisdom are available to him.

As the sages taught in the Mishna (Avot 4:1), “Who is wise? He who learns from every man.”