Second Chances: How the Bible Helped me Find My Wife 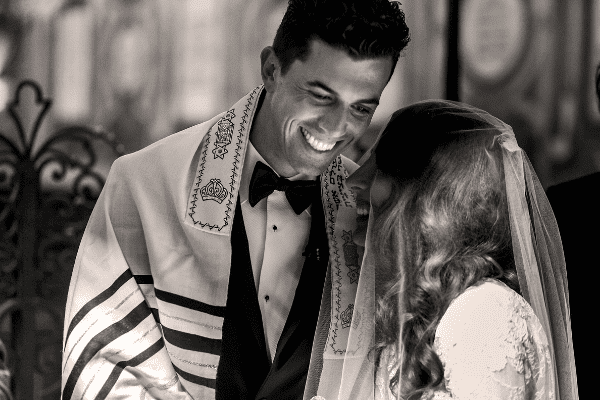 they shall offer it in the second month, on the fourteenth day of the month, at twilight. They shall eat it with unleavened bread and bitter herbs,

My yeshiva (a Jewish school for Bible and Torah studies) had a custom that when one of the students got engaged, he would bring food and drink to the study hall where we prayed on Shabbat for the kiddush (light meal) after prayers. At 39 years old, I was the oldest student by far; most of the young men in the yeshiva had recently graduated college and were in their early 20s. I had taken a different path and arrived in Israel after dropping out of college and a career as a chef. Conspicuously older, I felt out of place among these young men with bright futures who were beginning their journey into the world.

One Shabbat, I left the prayers early and returned to the study hall with several boxes of food. When the other students realized I was engaged to be married, I became the center of attention as the young men danced around me in a circle of celebration for a full half-hour of unrestrained joy.

And then, three weeks later, everything fell apart. The engagement was called off. I was devastated.

Six months later, one of the shiny young men, the best and the brightest, who had “searched for his soulmate for months before finding her” hosted a Sabbath morning feast that I could not bring myself to attend. I did attend the wedding but, as I was seething with self-indulgent resentment, I held back from being in the wedding hall when the ceremony took place. Instead, I availed myself of the open bar. I was drinking with a buddy from the army, also my age and also unmarried. I took my drink (and a spare) out to the parking lot and cried out to God, “I can understand that you make me suffer. I deserve it. But my buddy, why hold back his wife? He is my best buddy and I love him.”

I went back to the bar for a refill and as I was sipping my drink, someone came to stand next to me. He ordered a drink and, hearing the voice, I was shocked. I turned and confirmed what I already knew. Rabbi Sholom Brodt, a rabbi and story teller, was also missing the wedding.

“Excuse me, rabbi, there is a wedding,” I said, stating the obvious. “Shouldn’t you be in there?”

“I came to have a drink with you,” Rabbi Brodt said. Rabbi Brodt had his own yeshiva and was a prominent teacher among the younger students. Though I respected him enormously, I was not a part of that crowd of young students and I didn’t think that Rabbi Brodt even know who I was.

The rabbi slammed back his drink like a seasoned drinker and ordered another. He looked over at me and smiled. Even in my dark state, I marveled at his wonderful smile.

“Do you know the first question they ask you when you go to heaven?” he asked incongruously. “They ask you what were the hardest things you went through in this world. And after you bare your soul, literally bare your soul, and cry your eyes out, they all laugh and say, ‘What a hoot! Sure, we know it was awful and we are sorry you went through it. But you are here now and God loves you.’ And no matter how bad it is, and I know it is bad, it will all be fine and your neshama (soul) will shine with the best of them.”

Rabbi Brodt finished his drink and staggered off to catch the end of the wedding ceremony. Two days later, a friend invited me to Shabbat lunch and, as a surprise, invited a young woman. At the age of 39, I experienced love at first sight for the first time in my life. After a few weeks of dating, my soon-to-be-wife told me that she was attracted by my soft, semi-hoarse voice. It took several more weeks for me to gather the courage to tell her that my voice was hoarse because I got drunk at a wedding.

Rabbi Shlomo Carlebach (Rabbi Brodt’s teacher) used to say, “How do you know that you aren’t finished doing what God wants you to do? Because you are still here.”

Even when it seems that it’s too late to do the right thing, it’s not! This is most graphically illustrated by the Torah commandment of Pesach Sheni (second Passover). In the days of the Temple service, Pesach Sheini was an additional opportunity to bring the Passover sacrifice. Those who were unable to bring the Korban Pesach (Passover sacrifice) in its proper time, on the afternoon of the 14th of Nisan, were permitted to do so one month later on the 14th of Iyar.

After being commanded in the Book of Numbers (9:1-5) to bring the Korban Pesach, some men approached Moses saying that they wanted to bring the sacrifice but were prevented from doing so at the proper time because they had become ritually impure due to being in close proximity to a corpse.

The significant aspect of Pesach Sheni is that it is a Biblical commandment that was instituted because men who missed performing the commandment in its proper time begged Moses for another chance. And God agreed. Though it seemed like the doors were closed to them, they were pried open through great desire and will. The Jews were crying, ‘Why should we be left out?’

Pesach Sheni is another example of the Biblical tradition of never giving up hope which began with Abraham and Sarah who, despite their advanced age, were blessed with a child. All of creation is imbued with God’s glory. No matter how low you feel, God is there waiting for you to take the second chance.

I have tried to incorporate this Torah principle into my life. It’s never too late! The Bible gave me the strength to keep on searching. And as Rabbi Shalom Brodt taught me, the rewards are quite literally ‘out of this world’.