A Repetition of the Torah? 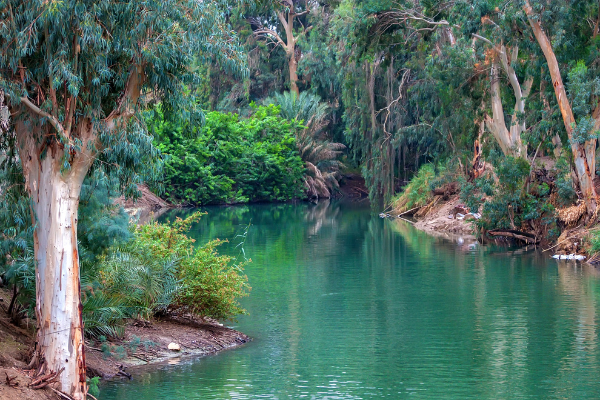 On the other side of the Yarden, in the land of Moab, Moshe undertook to expound this Teaching. He said:

Anyone who has children knows that if you want them to learn something, telling them once is never enough. Singing the alphabet over and over, repeating math tables, and repeating mnemonics are all part of the learning process. They become so ingrained that they remain in our memories even into adulthood.

In music kids who behave themselves can always identify the notes on the lines of the treble staff because they know Every Good Boy Does Fine.

But the Bible doesn’t waste words! Why would God waste one out of the Five Books of Moses repeating what was already written in the other four? And furthermore, not everything in the first four books are repeated in Deuteronomy. How did God choose which things to repeat and which things not to repeat?

When learning anything, repetition is key. This is especially true when teaching highly detailed esoteric information that does not always follow logic (as we understand it). For this reason, the Book of Deuteronomy contains a plethora of repetitions.

But a closer look reveals that despites its repetitive nature, Deuteronomy contains several unique elements and it is selective in what it does repeat.

Deuteronomy does not repeat any of the important stories of Genesis. Nor does Deuteronomy repeat any aspects of what happened in Egypt or the multitude of detailed laws concerning the Tabernacle contained in Leviticus. Deuteronomy does repeat the story of the spies and the defeat of Sichon & Og (albeit with some significant differences), but does not mention any other stories or commandments from the Book of Numbers.

And Deuteronomy is not entirely repetition. It does bring some new laws as well.

To properly understand Deuteronomy, it is essential to understand that it is Moses’ extended farewell to the nation he has led for forty years. Unlike any other book of the Torah, it is written largely in the first person. It contains several speeches made by Moses to the people. The bodies of the speeches are written in the first person and the interludes are in the third person.

In other words, Deuteronomy is essentially a transcript of Moses’ final and greatest lesson, his magnum opus in which he repeats the highlights of his teachings from the past four decades.

How did Moses choose what to include and what to leave out? According to Rabbi Menachem Leibtag, Moses repeated the laws that require constant repetition. This explains the meaning of this other name for the Book of Deuteronomy, Mishneh Torah. It does not imply that Deuteronomy is simply a review of what has already been written in the first four books; rather, it refers to a special set of laws that must constantly be repeated and reviewed. As the Children of Israel were preparing to finally enter the land of Israel after a forty-year delay, Moses gathers the people and reviews these laws one last time.

In repeating these laws, Moses not only reviews the commandments which require constant repetition, he also teaches them another lesson: repetition is an essential element of the Torah. It is not enough to perform a commandment once or to read the Torah once. For this reason, Jews have an annual cycle of reading the Torah. Remarkably, they have been repeating this cycle for thousands of years.

While repetition is essential in order to really learn and remember something, it is not just a memory tool. Repetition makes something familiar, like an old friend. It is an expression of endearment. And through repetition, additional insights can be gleaned. Every time you repeat something, you learn something new.

Through his final farewell, Moses left us with a lesson on the value of repetition and review, a tool that has kept the Torah alive within the Jewish people throughout the ages.