The Fast of the Firstborn 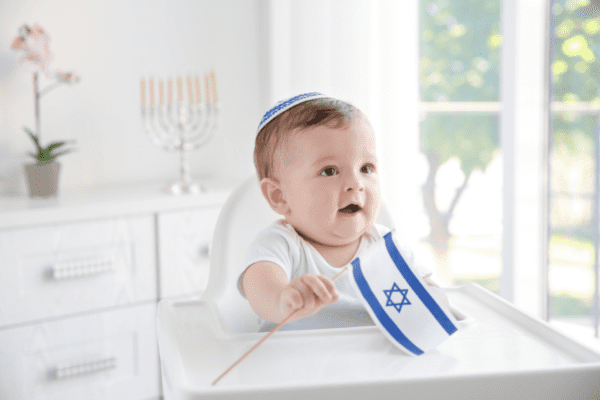 The source of this fast is in the Talmud (Soferim 21:3) where it is stated that firstborn fast “in commemoration of the miracle that they were saved from the Plague of the Firstborn.” Though the plague actually happened on the 15th of Nisan (on Passover), it is forbidden to fast on a celebratory holiday so it is held the day before Passover.

Another commentator (Rabbi Shlomo Zalman Auerbach) explains that the firstborn fast in mourning for losing the status of serving in the Temple. This role had initially been granted to them when they were saved from the Plague of the Firstborn. They lost this status after taking part in the Sin of the Golden Calf. This loss was especially felt by the firstborn on the eve of Passover, when all of Israel came to the Temple to prepare the Paschal Lamb for the seder feast that night.

Yet another commentator (Rabbi Yehuda Grunwald) writes that in Egypt, the firstborn Israelites fasted in trepidation in advance of the Plague of the Firstborn. Despite a divine guarantee of safety, they felt a need to fast in repentance to achieve greater divine protection.

The fast is incumbent upon all Jewish males 13 years and older. Some halachic (Jewish law) opinions maintain that women should also fast. This is based upon the Midrash which states that both men and women were among the firstborn Egyptians that perished in the plague. Since both men and women died from the plague, all firstborn Jewish men and women alive at that time are considered to have been miraculously saved. Other authorities disagree.

There is an unresolved dispute concerning the requirement of firstborn converts to fast.

Preexisting medical conditions or illnesses exempt a person from fasting.

There is a widespread custom to hold a feast celebrating the completion of an established unit of Torah study early in the day. This generates an atmosphere of rejoicing that overrides the requirement to continue the fast. Ashkenazi Jews have a custom that just as the firstborn are redeemed after birth, they can ‘redeem’ themselves from the fast by giving charity. Some authorities rule that since it is forbidden to fast on a celebratory holiday, the fast should be concluded before the holiday begins at sunset.

If the day before Passover falls on Shabbat, most authorities rule that the fast is set for the previous Thursday, and this has become common practice.