What is the Key to Avoiding Political Hatred and Jealousy? 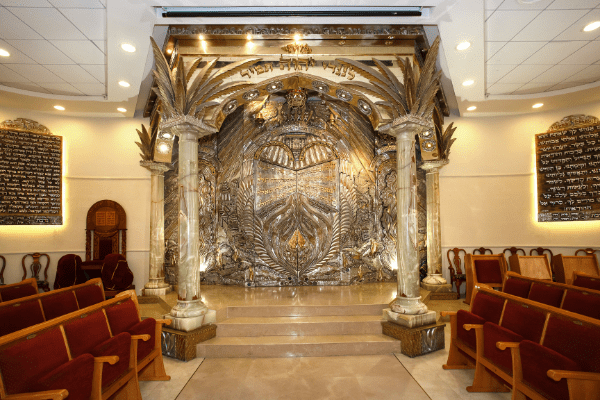 from the age of thirty years up to the age of fifty, all who were subject to duties of service and porterage relating to the Tent of Meeting—

People are more polarized today than ever before with politics dividing families and shattering communities. The Bible established a system of leadership through service that may be the key to healing our broken polarized politics.

Rabbi Jonathan Sacks, who served as the Chief Rabbi of the United Hebrew Congregations of the Commonwealth, was renowned for his deep insights into the Bible. In his commentary on the Torah portion of Naso (Numbers 4:21–7:89), he focused on the concept of leadership as presented in the Bible which he described as “revolutionary.”

Rabbi Sacks began by describing oppressive hierarchical power structures of the ancient world that exploited the uneducated masses. Not only did kings enrich themselves through these power structures, but they even established themselves as the highest religious figureheads, presenting themselves to the people as the children of gods or even demigods.

“Their power had nothing to do with the consent of the governed,” Rabbi Sacks wrote. “It was seen as written into the fabric of the universe. Just as the sun ruled the sky and the lion ruled the animal realm, so kings ruled their populations. That was how things were in nature, and nature itself was sacrosanct.”

Rabbi Sacks explained that the Torah came to refute these systems of power. Essentially egalitarian, the Torah established that every man was created in the image of God. Honor and rank was independent of power or wealth and were not “an accident of birth.”

Instead, the Torah establishes leadership as service, as epitomized by Moses, who was described as an eved Hashem, “a servant of God” (Deuteronomy 34:5). Moses personified this trait of leadership by being “very humble, more so than anyone else on earth” (Numbers 12:3).

“To lead is to serve,” Rabbi Sacks wrote. “Greatness is humility.”

A man’s pride will bring him low, but the humble in spirit will retain honor (Proverbs 29:23)

Nowhere is this more visible than in the IDF, where officers’ uniforms are no different than those of the lowest private. Saluting is rejected in daily service and the motto of the commander is “Follow me” as they lead from the front.

Rabbi Sacks then suggested that people are naturally jealous of those who have power. In the case of the nation of Israel, the other tribes would resent the tribe of Levi and this resentment would increase after the construction of the Tabernacle, where this seemingly exalted position would be manifest.

Rabbi Sacks suggested that this section of the Torah described measures intended to avert the envy of the people. By assigning physical tasks to the different families of the tribe of Levi, the Levites visibly exemplified the trait of leadership by serving. When the camp moved, the tribe of Levi would be at the center, carrying the elements of the Tabernacle.

Rabbi Sacks then addresses the offerings brought by the heads of each tribe at the dedication of the Tabernacle, described at the end of the Torah portion. Despite being identical, the Torah goes to great lengths to describe in detail each tribe’s offering. This repetition emphasized that each tribe had an equal part in the honor bestowed on Israel by the Tabernacle and the service of God.

“There is no failsafe way to avoid the politics of envy but there are ways of minimizing it,” Rabbi Sacks concluded. “And our Parsha (Torah portion) is an object lesson in how to do so.”