The Tabernacle: Giving From the Heart 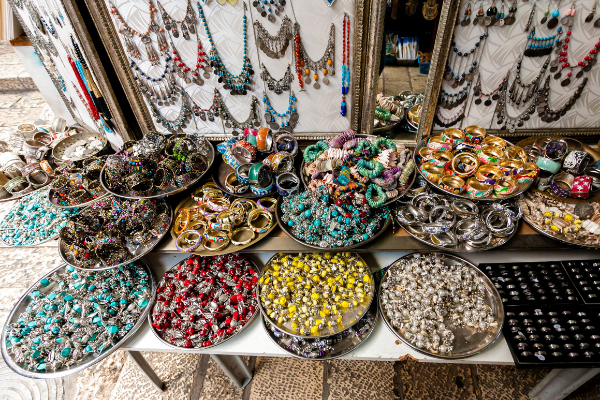 and said to Moshe, “The people are bringing more than is needed for the tasks entailed in the work that Hashem has commanded to be done.”

The Bible tells us that these donations were given by those “whose hearts moved them to bring” (Exodus 35:29). The Israel Bible explains:

The Mishkan is a glorious structure decorated with precious metals, tapestries and intricate designs. The raw materials for its constructions are donated by the nation itself, by every man and woman “whose hearts moved them” to give of themselves and their belongings to Hashem. Since this structure is meant to foster deep, meaningful relationships between man and God, it stands to reason that the construction materials were taken from those who donated with this highest of intentions.

In addition to the donations for the construction of the Tabernacle, there was a separate Biblical command which required every male over the age of 20 to donate a half-shekel to the Temple.  This amount was set, equal for everyone. The half-shekel was a technical matter, establishing the sacrifices as communal offerings through a universal tax. 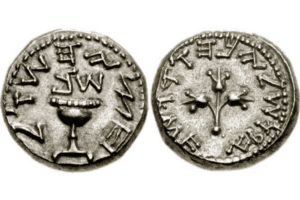 But when it came to building the Mishkan (Tabernacle), God’s dwelling place among the people, He required a display of their desire for Him to be a part of their lives. They responded with enthusiasm and abundant love for the God of Israel.

It could be argued that this open call for donations left the less wealthy people at a disadvantage as they could only donate less; less quantities and only of the poorer materials. In this matter it is helpful to refer to the Mishna (Bikkurim 3:8) which relates that the wealthy people would bring their first fruits to Jerusalem in silver and gold baskets whereas the poor would bring their first fruits in baskets woven of stripped palm leaves or straw. It is interesting to note that the rich would take their baskets back and only the poor had to leave their baskets there. The commentators state that this was at the behest of the Kohanim (priests). The woven straw baskets were considered dearer in the eyes of God as the poor farmers had invested time and care in their making, all out of love for God.

This overwhelming generosity of the people to build a place for God to dwell among them also stands in sharp contrast to a similar situation in the construction of the Second Temple in Jerusalem, as noted by the Prophet Hagai:

Is it a time for you to dwell in your paneled houses, while this House is lying in ruins? Haggai 1:4

Again, The Israel Bible helps to shed light on the matter:

Addressing the Jews who returned to the Land of Israel after seventy years of Babylonian exile, Chagai’s mission is to motivate them to resume construction of the second Temple. He begins by challenging them to reflect on their priorities, and to consider what is more important: Their comfort, or God’s? While they dwell in paneled houses, Hashem’s house lies in ruins. The Hebrew term for ‘paneled’ is sefunim (ספונים). According to some, the panels were made out of cedar wood, imported from Lebanon. Chagai is accusing the people of not learning from King David, who said to the prophet Natan, “Here I am dwelling in a house of cedar, while the Aron of Hashem abides in a tent!” (II Samuel 7). David longed to overcome that disparity and build the first Beit Hamikdash, while the Israelites in Chagai’s time are unconcerned. Chagai tries to break their complacency.

When it comes to our relationship with God, we need to show Him that we are in it with our hearts.