The Nazirite: Saint or Sinner? 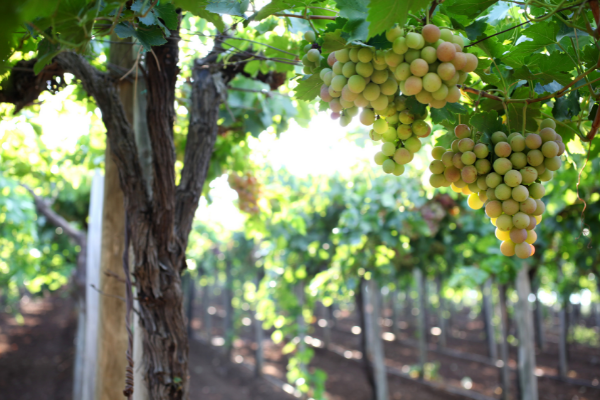 The Book of Numbers describes the vow of the Nazir (Nazirite).  The Nazir is not allowed to drink wine, cut his hair, or come into close contact with the dead. The meaning of the Hebrew word nazir is a bit ambiguous. It literally means ‘to separate’. Rashi explains that this refers to his vow to separate himself from worldly pleasures and the trivial pursuits of society. The same Hebrew letters can also be read as neizer, which means “crown”, expressed in the Biblical description of the Nazir as being “consecrated to Hashem” (Numbers 6:8).

The vow of the Nazirite normally specifies a period of time at the end of which the Nazir performs certain rituals at the Temple and is released from his Nazirite status. One of the rituals is to bring a sin offering, implying that some aspect of the Nazir vow was sinful (Numbers 6:13-14). The sin offering is perplexing. The Torah itself calls the Nazirite consecrated to God, implying that it is something commendable and not sinful to be a Nazir. Furthermore, sin offerings are generally brought by for someone that sinned by accident, for example a person forgot it was the Sabbath and did one of the 39 biblical Sabbath prohibitions by accident. However, in this case the Nazir knowingly and willfully takes upon himself the Nazirite oath. So why is he required to bring a sin offering?

Rabbi Eliezer ha-Kappar and Shmuel, two rabbis in the Talmud, maintained that the sin of the Nazir lay in becoming a Nazir in the first place, thereby denying himself some of the pleasures of the world that God created and declared good. Rabbi Eliezer added: “From this we may infer that if one who denies himself the enjoyment of wine is called a sinner, all the more so one who denies himself the enjoyment of other pleasures of life.

The Torah’s ideal is that a person should sanctify the mundane, using the world to serve its Creator, and not live in a manner of abstention and separation from the material world. God’s creation is inherently good, and evil is in its misuse.

Alternatively, the Talmud (Nedarim 9b) relates a story portraying the Nazir vow in a positive manner:

Rabbi Shimon the Just would rarely partake of the sacrifices of a Nazir. Once, however, he saw a particularly handsome young man who had taken a Nazir vow. He asked him why he had done so and the young man explained that due to his good looks (which he became aware of when he saw his reflection in a well), he was being tempted by his evil inclination. To rise above the temptation, he took the Nazir vow. Rabbi Shimon praised him for his actions.

This is also the opinion of the prophet Amos who described the Nazirite as an asset to the nation similar to prophets:

What, then, would be the sin of the Nazirite that requires him to bring a sin offering? Rabbi Chaim of Volozhin ( Polish–Lithuanian 1749-1821) who explained that the sin offering was not for becoming a Nazirite but for ending the period of the vow. If the Nazir does not end the vow, a sin offering would never be needed.

The Rambam (Maimonides) seems to adopt both opposing opinions. In the Mishneh Torah, his code of Jewish law, the Rambam stated: “Our sages directed man to abstain only from those things which the Torah denies him and not to forbid himself permitted things by vows and oaths. Thus our sages rhetorically asked: ‘Are not the things which the Torah has prohibited sufficient for you? [Why] must you add further prohibitions?’ ” But also in the Mishneh Torah, in the laws of the Nazir, the Rambam quotes Amos, stating: “Whoever vows to God [to become a Nazir] by way of holiness, does well and is praiseworthy.”

The message of the Nazir is twofold. On the one hand, he teaches us that there are times we must remove ourselves from certain situations and temptations in order strengthen our relationship with God, On the other hand, we learn from the Nazirite that God created the world for us to enjoy and to sanctify. We are not meant to cut ourselves off and retreat from the world, but to engage with the world and elevate it. While it is important to set aside time to work on oneself and one’s personal growth, the ideal is not to remove oneself from society completely. Rather, we must try to elevate ourselves within society and bring the rest of the world up with us.