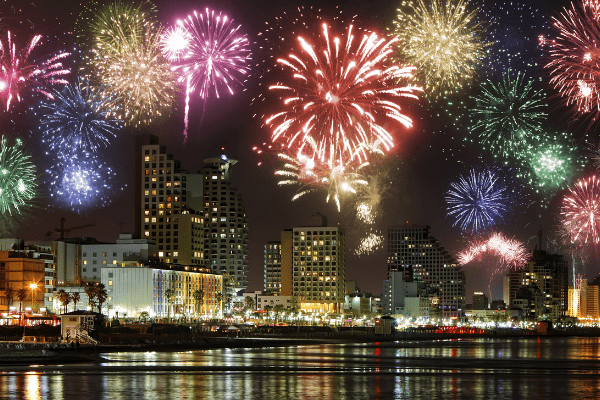 Establishing a calendar in Judaism requires a total reset from how time is marked on a secular calendar, realigning the days, weeks, months, and years according to Biblical principles.

The days of the week are oriented around Shabbat, the Sabbath. They are named based on when they fall out during the week, thus Sunday, the first day of the week, is called Yom Rishon (the first day), Monday is Yom Sheini (the second day) etc. 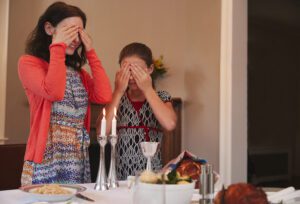 The days themselves begin and end at sunset. Hence, Yom Rishon begins as Shabbat ends, Yom Sheni begins as the sun sets on Yom Rishon, and so on. Shabbat, the seventh day and the culmination of the week, begins at sundown of the sixth day. The fact that the days begin and end with sunset is based on the Biblical account of Creation in which God demarcates the days by noting first the evening and then the morning (Genesis 1:5):

“There was evening and there was morning, one day”

According to the Torah, the new month is established by witnesses testifying before the Sanhedrin, or high court, that they have seen the new moon. Setting the new month by witnesses is considered by Rashi to be the first mitzvah that the Nation of Israel received after leaving Egypt. With great spiritual meaning, establishing the calendar is far more than a convenience. It is so important that it takes precedence over the Sabbath, allowing witnesses to travel on the Sabbath in order to testify before the Sanhedrin in Jerusalem. Determining when the new month begins also determines when the holidays that occur during each month are celebrated, since they are set according to the date of the month. 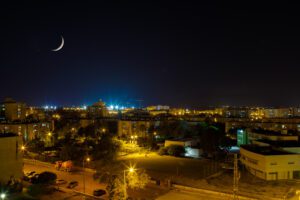 In Temple times, the new month was a festival, marked by the blowing of the shofar and special sacrifices. Messengers were sent out, and a series of mountaintop pyres lit, in order to spread the word to outlying communities that the new month had begun.

The first month vs. the beginning of the year

“This month shall mark for you the beginning of the months; it shall be the first of the months of the year for you.”

The Talmud notes that the Hebrew year has, in fact, four designated New Years: 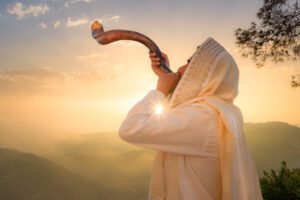 The Hebrew calendar is a lunisolar calendar, meaning that months are based on lunar months, but years are based on solar years. In the times of the Temple, the new month would be established by both calculations and by witnesses appearing before the Sanhedrin. When the Temple was destroyed and the Sanhedrin disbanded, Hillel II, president of the Sanhedrin in the fourth century, established a written calendar based on astronomical calculations. This calendar, still in use, standardized the length of months and the addition of months in leap years over the course of a 19-year cycle, so that the lunar calendar realigns with the solar years.

It is remarkable that Hillel II’s calculations stood for as long as they did. However, 1,700 years later, there are discrepancies between his calendar and the astronomical reality.

The years of the Christian calendar are ordered in base ten, packaged as decades and centuries, while the Jews in the land of Israel measure the passage of the years in base seven, with seven shemittah (sabbatical) years adding up to one jubilee every 50 years.

The Gregorian calendar is a product of the Catholic Church. Established by Pope Gregory XIII in 1582 by papal decree and used by most Western countries, it is a solar calendar of 365 days, with one day added every fourth year. This ensures that the months correspond to specific seasons. There is no correlation between the date and the phases of the moon.

The calendar year is an even deeper conflict. The Gregorian calendar begins in the year of Jesus’s birth, whereas the Jewish calendar is counted from the year of Creation, though it is not understood as literal by most Jews, who interpret the first days of creation as lasting for potentially millions of years.

In an article comparing the Hebrew and Christian calendars, Dr. David Reagan of Lamb and Lion Ministries noted an implication for the Hebrew date, 5776, relevant for both Christians and Jews: the arrival of the Messiah. The Jewish sages taught that the latest possible date for the Messiah to come was at the end of the year 6000, based on the idea that the pre-Messianic world will exist for 6,000 years, 1,000 years for each day of creation, followed by the Messianic era which corresponds to the Sabbath. This concept, originally adopted in Christian Apocrypha, faded due to Roman Catholic amillennial teaching.