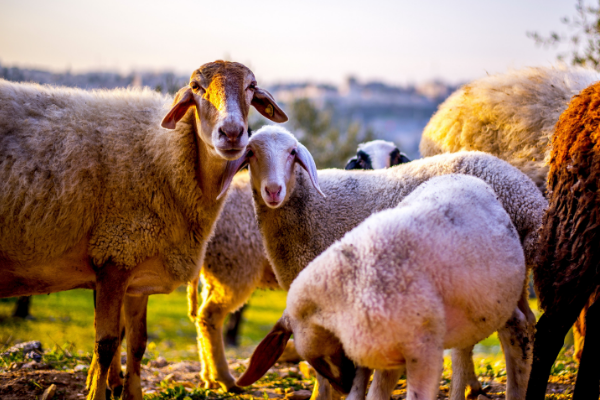 they shall offer it in the second month, on the fourteenth day of the month, at twilight. They shall eat it with unleavened bread and bitter herbs,

Pesach Sheini (second Passover), which occurs on the 14th of Iyar, one month after the Passover offering is offered, embodies the concept of a “second chance” more than any other holiday.

After being commanded in the Book of Numbers (9:6-13) to bring the Korban Pesach, some men approached Moses saying that they wanted to bring the sacrifice but were prevented because, at the proper time, they were ritually impure due to being in close proximity to a corpse. Moses asked God for guidance and was told that they should bring the sacrifice one month later.  Two types of people were permitted this second chance: those who were ritually impure at the time of the Passover offering, or those who were on a “long journey” and could not make it to Jerusalem in time.

In the Talmud, Rabbi Akiva related the tradition that the men who approached Moses were Mishael and Elzaphan, who had become impure after carrying the bodies of Nadab and Abihu after they were burned in the Holy of Holies. However, the opportunity to bring the Passover sacrifice on Pesach Sheini was not limited to those who were impure because they were in contact with a dead body. Rather, anyone who had any type of ritual impurity would also be given this second chance.

Over the years, the definition of “distant journey” has been interpreted very liberally in rabbinic tradition. The Rambam (Maimonides) sets the distance at 15 mil, with one mil equaling 0.598–0.712 miles, or the distance walked in 18–24 minutes. According to the Talmud, a “distant journey” is the distance from Jerusalem to the city of Modi’in, or about half a spring day’s walk. The reason for half a day’s walk is that if someone wanted to slaughter the Korban Pesach on time, he had to get there while they were still doing so.

Surprisingly, in the Mishna Rabbi Eliezer maintains that “far-off” means anyone who was not actually in the Temple at the right time, even if he was one step away from the Temple Walls.

The laws for the second Korban Pesach were similar to the first. The lamb of the Second Passover was to be roasted over a fire and eaten on the eve of the 15th of Iyar, together with matzah (unleavened bread) and bitter herbs. The other commandments and rituals of the Seder, however, were not observed. Though chametz (leavened food) was not prohibited on Pesach Sheini, the offering of Pesach Sheini had to be consumed with matzah and could not be eaten on bread. 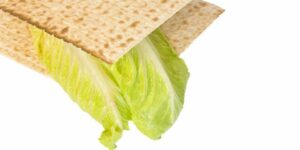 Another significant difference is that Hallel (Psalms of praise) is not recited at the meal when the Korban Pesach Sheini is consumed. And Pesach Sheini is one day, unlike Passover which is seven days.

It is important to emphasize that unlike other holidays, which were unilaterally commanded by God, this holiday was inspired in response to the outcry of individuals.

As in the case of the person who failed to bring the first Korban Pesach, a person who missed this second opportunity was punished with karet (being cut off from the nation of Israel).

Since there is no altar standing in Jerusalem today, Jews are unable to perform the Passover sacrifice, neither on Passover nor on Pesach Sheini. Some people have the custom to eat matzah during Pesach Sheini in memory of the sacrifice.

Pesach Sheini seems counterintuitive as the time element of sacrifices is essential, and a sacrifice brought in the wrong time is a grievous sin. But in this case, the mechanism for a second chance is in place, requested by Man and mandated by God. It emphasizes the undying desire of the Jews to be a nation redeemed by God and how even when it seems too late, that desire is enough. It reflects the timeless aspect of the Exodus from Egypt as the template for all future redemptions. According to Rabbi Eliezer, a Jew can be standing just outside of Jerusalem, or be on the other side of the world, and as long as he intends to come close to God, there will surely be a second chance.