Matzah: Bread of Freedom or Bread of Affliction? 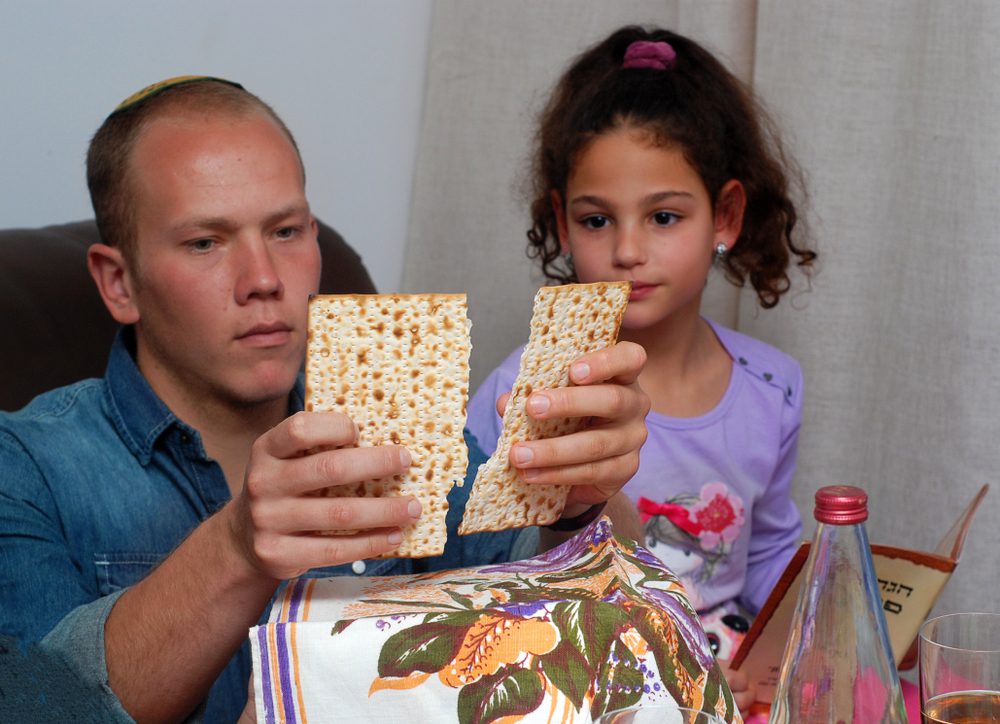 In preparation for the final devastating plague, the Hebrews prepared the Passover lamb. The offering, whose blood, painted on their doorposts, would protect them from the Angel of Death and whose meat would be eaten as the Passover offering consumed as the central aspect of the Seder ritual.

Matzah is bread in its most basic elemental form. Matzah is made out of just two ingredients, flour and water, which are carefully kept apart until the moment they are mixed and kneaded together. From that moment, the baking is done quickly, and the dough is baked before it has a chance to rise and become chametz, which is forbidden on Passover. The precedent in Egypt was thus described:

And they baked unleavened cakes of the dough that they had taken out of Egypt, for it was not leavened, since they had been driven out of Egypt and could not delay; nor had they prepared any provisions for themselves. Exodus 12:39

The Talmud (Pesachim 36a) offers two very different explanations for referring to Matzah as  lechem oni, normally understood as the bread of poverty or affliction:

Rabbi Yosei HaGelili could respond: Do we vocalize the word as ani, as would be appropriate for a phrase meaning a poor man’s bread? In fact, we vocalize it oni, which means oppression, affliction, or mourning.

Rabbi Akiva could retort: The fact that we vocalize the word as oni is in accordance with a statement of Shmuel. As Shmuel said: The expression leḥem oni means bread over which many matters are recited [onin], an allusion to the Passover Seder, at which one recites the Haggadah and eats matzah.

The Ramban (Deuteronomy 16:2) wrote that poor people eat this kind of bread, and the Egyptians fed it to the Jewish people as slaves. But the Maharal disagrees, saying we have no source that the Jews ate matzah while enslaved in Egypt. In fact, a verse in the Torah indicates the opposite. “We remember the fish that we ate in Egypt, free of charge” (Numbers 11:5).

If for the hundreds of years that the Children of Israel were enslaved in Egypt they never once ate Matzah, then it is certainly not the bread of affliction. The hurried preparation of the Matzah is, in fact, a symbol of freedom arriving so quickly that there was no time to prepare. There would be no taskmaster yelling at the Hebrews in the morning, allowing them to enjoy breakfast before returning to their backbreaking labor.

The enigmatic nature of Matzah has come to represent the multi-faceted nature of the Redemption from Egypt. A Hassidic master once explained that the willingness of the Israelites to enter the desert with hard bread evoked God’s love for His people. Rabbi Levi Yitzchak of Berdichev asked his students, “Why does the Torah continually call Passover hag hamatzot–the feast of unleavened bread–while the Jews call it hag haPesach–the feast of Passover? Because as lovers they stress each other’s goodness. Israel praises God who passed over the homes of the Jews when destroying Egypt. God praises the Jews who went so trustingly out of the fertile plain of Egypt into a barren desert with meager food.”