Karet: The Ultimate Punishment That Is Hard To Understand 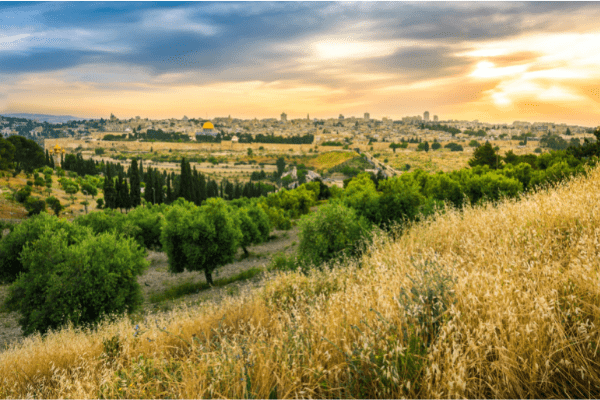 When a person touches anything unclean, be it human uncleanness or an unclean animal or any unclean creature, and eats flesh from Hashem's sacrifices of well-being, that person shall be cut off from his kin.

Taking part in the sacrifices required scrupulous adherence to the laws, and failure to do so carried a stiff punishment. The punishment, called karet, is the most severe in the entire Bible and was considered even worse than death. Despite its severity, it is unclear exactly what the punishment entails.

The term karet is usually translated as being cut off:

When a person touches anything unclean, be it human uncleanness or an unclean animal or any unclean creature, and eats flesh from Hashem‘s sacrifices of well-being, that person shall be cut off from his kin. Leviticus 7:21

This is a literal definition of the verb karet, which is derived from the Hebrew verb k,r,t (“to cut off”). The noun form, karet, does not occur in the Hebrew Bible but it is used in many different ways.

The term is also used in Genesis to describe the punishment (or, perhaps, the effect) of being uncircumcised (Genesis 17:14), for eating leaven on Passover (Exodus 12:19), and for committing incest (Leviticus 20:17). The Book of Numbers (15:30-31) states that anyone who sins deliberately or high-handedly receives karet. In fact, the Mishnah (Keritot 1:1) lists thirty-six offenses for which the penalty is karet.

To understand the precise nature of karet, it is important to note that it is applied exclusively to purely religious offenses and is never applied to offenses such as murder, the penalty for which is judicial execution. As a result, the Talmud reasons that karet is a form of divine punishment that is not brought about by human intervention.

One opinion maintains that karet means a divine punishment of death before the age of 60. Another opinion states that karet means that the offender will die childless. For this reason, the confessions on Yom Kippur includes a request for absolution “for the sins for which we are liable to the penalty of karet and childlessness.” Still another opinion suggests that the offender will lose his portion in, or be cut off from, the world to come.

According to Nachmanides, multiple definitions are accurate and are applicable according to the nature of the person that committed the offense. If he was generally a good person, meaning that the good in him outweighed the evil, he is punished with death before his time (unless he had other virtues that are cause for him to merit living out his full life) but retains his portion in the world to come. However, if the evil in him outweighed the good, he is then granted a good and lengthy life to reward him for the good that he did in his life, but upon death, he will have no portion in the world to come.

Maimonides (Teshuvah, 8:5) identifies karet for the worst sinners as total annihilation of the soul in the world to come, and, upon his death, the “soul that left his body is completely destroyed and he dies the death of animal.”

Nachmanides maintains that the soul is not destroyed, but that the soul being cut off after death is a reference to the spiritual world where after death the soul exists in an exalted spiritual state. The penalty of karet is that he is not eligible to enter into that world. However, the soul lives on, and is eligible for the resurrection of the dead.

The first-century Romano-Jewish historian Flavius Josephus defined karet: “To those who were, guilty of such insolent behavior, he [Moses] ordered death for his punishment.” This seemed to imply that karet was identical to the court-mandated death penalties. This opinion is perplexing as it fails to explain why this term is used instead of ‘he shall be put to death’.

Modern scholars hold that karet denotes some kind of exclusion from the community. This implies that for a Jew, being cut off from his people is literally a fate worse than death.