How You, Too, Can Become a Levite 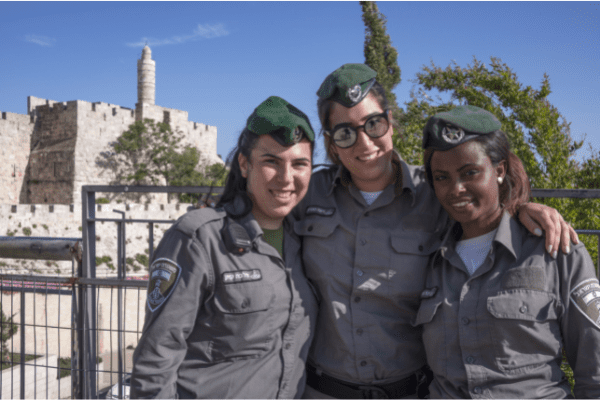 Take a [separate] census of the Kohathites among the Leviim, by the clans of their ancestral house,

What can we possibly learn from those passages of the Bible that describe the Temple service – a service that has not been functional for almost 2,000 years? More than you might think! Though we are still waiting for the rebuilding of the Temple in Jerusalem, there is much to learn, even in our own time, from the Bible’s description of the Temple.

While the Temple was a house of prayer for both the people of Israel and the nations of the world, only one tribe among the people of Israel truly made the Temple their “home” – the tribe of Levi. After the firstborn of Israel sinned with the Golden Calf, God chose the tribe of Levi to replace the firstborn Jews as the spiritual leaders of the Jewish people. The tribe of Levi itself was divided into two groups – the priests, the descendants of Aaron, and the rest of the Levite tribe. Both the Levites and the priests regularly served in the Temple throughout the year up until the destruction of the Second Temple in 70 CE.

In Numbers (chapter 4) the Levite tribe is counted and assigned the very important task of carrying the various pieces of the Tabernacle through the desert as the people of Israel traveled to the Holy Land.  Interestingly, an unusual Hebrew word, “Nasso,” is used in the Bible’s description of the census of the Levites.  Hebrew has many verbs that mean ‘to count’ – limnot, lispor, lachshov, lifkod are a few examples– but here, when counting the tribe of Levi, The Bible uses the word “Nasso.” We know that in Hebrew, and all the more so in the Torah, each word carries deep meaning and significance.

What is the meaning of “Nasso”?  “Nasso” literally means “to raise up”, implying that the Levites are to be elevated. Are they truly being set apart to be exalted above the rest of Israel?

The word “Nasso” also has another, far less glamorous meaning: “to bear a burden.” In fact, the first role carried out by the Levites is a decidedly menial task: “la’avod ul’massa,” meaning – to serve, to bear burdens! Tasked with carrying the the poles, cords and curtains of the Tabernacle through the desert was certainly a tremendous burden. Though they were the smallest of the tribes, the Levites rose to the challenge and carried the Tabernacle on behalf of the entire nation. To coin a phrase, they were the holy ”shleppers” of the nation of Israel!

Throughout most of Jewish history, the Levites did not have a Tabernacle to carry.  But fundamentally, their role serving Israel did not change.  When the people entered the land of Israel, the Levites became teachers of Torah, the guardians of tradition.  But this holy work came at a cost – the Levites did not receive land like the other tribes. While the other tribes lived in their ancestral regions as unified mini-nations, the Levites were scattered throughout Israel.  And wealth was essentially shut off to them. They were forced to live off of the tribes and other contributions of their landed brethren.  Their service was an honor but it was also a heavy burden – a burden they carried through generations!

But in the land of Israel, the Levites also played another fundamental role, in the Temple, where they were divided into two groups – some Levites became the honor guard, the gatekeepers of the Temple, while others became the musicians, the singers of the Temple. The role of  “Gatekeepers” of the Temple doesn’t sound very glamorous or important. But  the truth is, it’s so much deeper than we realize.  When a Jew came to the Temple to bring a sin offering, exhausted from his journey and broken from guilt, who was there to greet him?  The Levite, standing at the gate!  The Levite gave him a hug, a smile, some encouraging words: “It’s so good to see you here brother – it’s been too long!”

The name “Levite” comes from the word “Levaya,” “to escort”!  Meaning, the Levites at the gate weren’t simply guards; they were there to greet and escort the people arriving in Jerusalem from all over the world!  The Levite’s job at the gate was to encourage and to give strength to his fellow man!

And this, too, was the job of the musical Levites, the musicians and singers who brought the power of song to the Temple.  With their music, they would lift the hearts and spirits of all those who came to the Temple!   People who came to Jerusalem exhausted, both physically and spiritually, were revived by the Levites–they were “lifted up!”

In this manner, the Levites became true friends to all!  More than anything else, a good friend is there to lift you up when you’re down; to give you strength when you need it most.  This was the mission of the tribe of Levi – to “lift up” and “bear the burdens” of their fellow man.

Though we do not currently have the Temple in Jerusalem, the role of the Levites remains as critical as ever. In our broken world, we need people who will be there to carry the burdens and lift up the hearts of their fellow man!

But what if you’re not lucky enough to be born a Levite?  Should you be exempt from lifting up others?

When discussing the role of the Levites, Maimonides writes (Shemitah & Yovel, 13:13):

Not only the tribe of Levi, but each well-informed thinking person whose spirit moves him to devote himself to the service of the Lord, to know the Lord, and has walked uprightly after casting off his neck the yoke of many a cunning wile that men contrived, is indeed divinely consecrated, and the Lord will forever and ever be his portion. God will provide sufficiently for his needs, as he did for the priests and the Levites. David, may he rest in peace, declared: “The Lord is my allotted portion and my cup; thou holdest my lot” (Psalm 16:5).

As Maimonides so beautifully writes, every one of us may choose to live the life of a Levite.

Each and every one of us has the opportunity to take on the role of the Levi – for our communities, our friends,  and especially in our marriages. In marriage, every husband and every wife is meant to be a Levite!  A husband and wife who love each other are not only willing, but eager, to bear burdens for each other.  And through the challenges of life, a loving spouse is there to lift you up, to make you smile!

Sometimes a husband or wife has a hard week – an exhausting week, even a painful week.  What is a “Levite spouse” to do?  A “Levite spouse” offers to bear the burden – to cook (or pick up) the food for the Sabbath, to set the table, to clean up after dinner, whatever it takes to lift the hearts of those we love.

May each of us merit to live like Levites, and raise up the spirits of those we love!

NOTE: This article was adapted from a Torah lesson by Rabbi Eliezer Mischel, Israel365’s new content manager. He brings a new level of energy and inspiration to our organization and we would like to welcome him while encouraging him to contribute more inspirational messages to our community.