Why Was Aaron Chosen to be the High Preist? 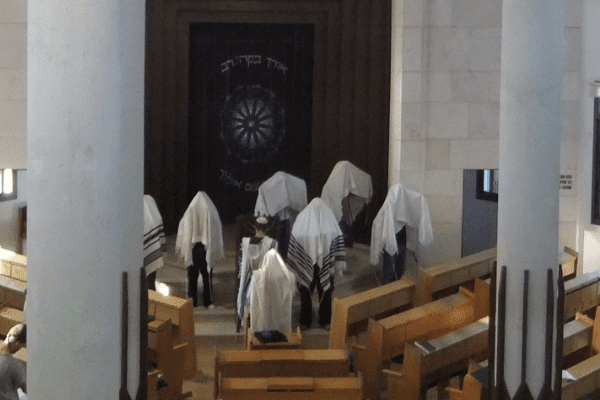 You shall bring forward your brother Aharon, with his sons, from among the Israelites, to serve Me as Kohanim: Aharon, Nadav and Avihu, Elazar and Itamar, the sons of Aharon.

When Aaron and his sons were anointed in order to begin serving in the Tabernacle, it transformed their descendants for all time, establishing them as Kohanim (priests) and the only people to perform the Temple service.

It should be noted that initially, the firstborn were designated for the Temple service as God had spared them from the Angel of Death during the final plague in Egypt. They became unworthy when they took part in the sin of the Golden Calf and the tribe of Levi, who did not participate in the sin, took their place.

Though both Aaron and Moses were from the tribe of Levi, it was Aaron and his descendants who were chosen to be the priests. It seems far more reasonable that Moses (and his descendants) would have been anointed as the priests, especially given Aaron’s role in the sin of the Golden Calf. Ironically, it appears that it was this very same event in which Aaron played a key role that established him as the High Priest (Exodus 32:1).

One commentator explains that while Moses was indeed closer to God, Aaron was closer to the people. In fact, the Midrash describes him as a lover and pursuer of peace, who loved people and brought them closer to God. This connection to the people was necessary for the priest to serve as the intermediary between the nation and God. Rather than reject sinners, the priest helped them to connect with God.

It is also interesting to note that in addition to his role with the Golden Calf, Aaron sinned yet again, joining with his sister, Miriam, in speaking slanderously of Zipporah, Moses’ wife. For this, Miriam was struck with tzaraat (leprosy). Some commentators suggest that Aaron was spared because the disease would have made him impure and unable to perform the priestly service.

Not everyone was convinced that Aaron should serve as High Priest. 250 prominent members of the congregation joined with Korah in challenging Aaron’s appointment (Numbers 16). The Israel Bible explains their claim:

Korach rebels against his cousins Moshe and Aharon, accusing them of taking positions of power for themselves. He declares that the entire Nation of Israel is holy, and therefore questions why Moshe and Aharon have raised themselves above the rest of the congregation. In making this claim, Korach not only implies that Moshe and Aharon inappropriately chose the leadership positions for themselves, thereby denying Hashem’s role in their appointment. He also makes the erroneous claim that every individual in the nation is on the same level of holiness. While it is true that everyone is endowed with an element of Godliness, it is up to each person to elevate himself or herself to even greater levels of holiness. The exact degree of a person’s holiness, therefore, depends on their individual achievements.

Moses’ response was practical in nature; the rebels were to perform the incense service and wait for God’s response. Their destruction was a clear indication that the appointment of Aaron was divinely mandated. 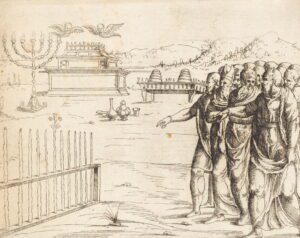 Moses, God’s prophet and emissary, did serve in the role of priest for one week in order to anoint his brother Aaron. A midrash tells us that during the seven days when Moses was at the burning bush he pleaded with God to send someone else (which we know from the Torah text). At the end of the midrash, God informs Moses that because of his unwillingness to take on the task during those seven days he will not be permitted to ascend to the priesthood. The midrash explains that Moses was reluctant to take on the leadership role because he was concerned that his older brother would be jealous that his younger brother was chosen as the leader of the people. God assured Moses that Aaron would rejoice at seeing his younger brother serve in this role; and, indeed, he did. For this Aaron was rewarded. As the Midrash states, “let the same heart that rejoiced in the greatness of his brother [have] precious stones (the priestly breastplate) set upon it.”

When it came time to begin the Temple service, Aaron demurred, telling Moses that it was he who had earned the right to serve. For this reason, God had to order Moses to call Aaron and his sons to be anointed on the eighth day (Leviticus 9:1). 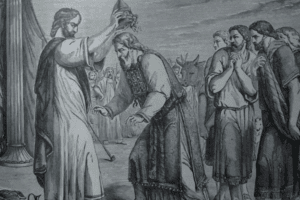 Consecration of Aaron and his sons

In a sense, Aaron ascending to the priesthood at the hands of his brother was a tikkun (fixing). Aaron was, after all, the firstborn son, representing, as it were, all of the firstborns who should have served in the Temple.

Appointing Aaron as the High Priest was also markedly dissimilar to the patriarchs who were all chosen over their older siblings. Moses stepping down, removing the priestly vestments and placing them on his brother was unlike the relationship between Isaac and Ishmael or Jacob and Esau.

The Levites, and their sub-clan, the kohanim, merited the glory of the Temple service. This all came about through the unique qualities of their forefathers, Moses and Aaron, who epitomized brotherly love, love of Israel, and humility.