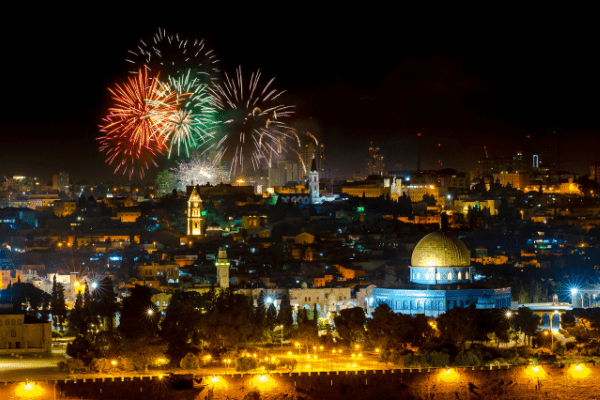 He will hold up a signal to the nations And assemble the banished of Yisrael, And gather the dispersed of Yehuda From the four corners of the earth.

Yom Ha’atzmaut, Israel’s Day of Independence, is observed on the fifth day of the Hebrew month of Iyar. It commemorates the signing of the Israeli Declaration of Independence on May 14, 1948, on the eve of the end of the British Mandate. At the time, Israel was embroiled in a war for its existence initiated by the Arab states after they rejected the United Nations’ Partition Plan adopted on November 29, 1947. The war ended in January 1949. It may also be commemorated one or two days before or after the 5th of Iyar if it falls too close to Shabbat. Memorial Day for the Israeli Fallen Soldiers and Victims of Terrorism, or Yom Hazikaron, ends at sunset and is immediately followed by the onset of Independence Day. 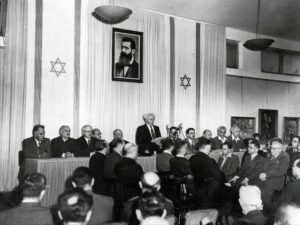 The holiday’s events begin on the eve of Independence Day with an official torch-lighting ceremony on Jerusalem’s Mount Herzl, in the presence of the Speaker of the Knesset, that marks the end of Memorial Day and the beginning of Independence Day. On the morning of Independence Day, the President of the State of Israel hosts outstanding IDF soldiers, and in the afternoon the International Bible Contest for Youth is held at the Jerusalem Theater. The day’s official events conclude with the Israel Prize presentation ceremony. During the holiday, the IDF opens many of its bases to the general public and puts on display some of the equipment.

The Israeli Air Force also carries out The Independence Day flyover. The flyover can be seen from almost every place in Israel, and the 2022 flyover will include Hebron for the first time. 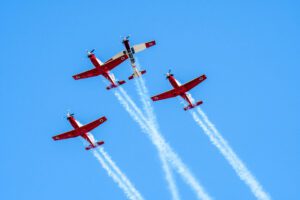 Israelis celebrate the day by hiking, touring, and, most importantly, barbecuing. 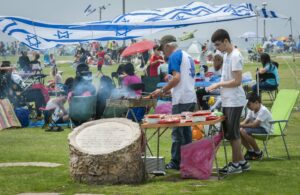 The Chief Rabbinate of the State ruled that the day should be marked with the recitation of Hallel (psalms of praise), similar to other joyous holidays. Some also read the section from the Torah describing what would happen after the Israelites entered the Land (Deuteronomy 7:1-8:18), or Deuteronomy 30:1-10, about being returned to the Land after exile and misfortune. Some congregations also recite a prayer for the welfare of the State of Israel. A prayer in memory of those fallen, prayers for Jerusalem, and a Zion Lover’s Prayer have also been added to services, along with the song expressing belief in the coming of the messiah, “Ani Ma’ amin.” Some also read a special haftarah (reading from the Prophets) from  Isaiah 10:32-11:12. This section predicts the return of the Jews to Israel:

He will hold up a signal to the nations And assemble the banished of Yisrael, And gather the dispersed of Yehuda From the four corners of the earth. Isaiah 11:12

For thousands of years, Jews read these prophecies and believed them, yet wondered how and when they would actually take place. During the past century, Jews have returned to the Land of Israel from literally all parts of the earth: from Asia and Russia, Europe, North and South America, Australia and New Zealand. This section was chosen as the haftarah portion to be read on Israel’s Independence Day, expressing the hope and belief that the founding of the State of Israel is the beginning of the fulfillment of these prophecies.