Will the Sacrifices Be Reinstated in the Third Temple? 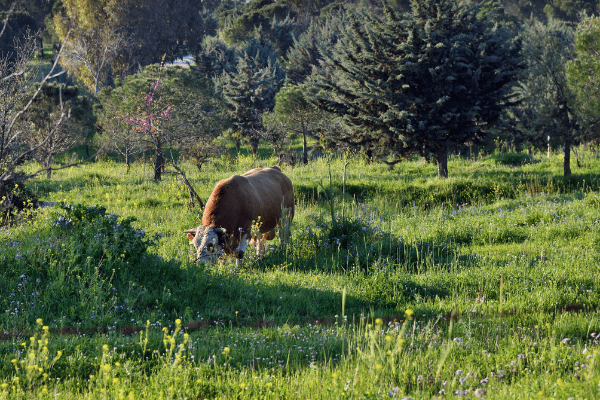 The Torah states explicitly that the mitzvoth (commandments) are eternal, to be performed by all generations of Jews after the revelation at Mount Sinai. This was clearly stated in several places:

Concealed acts concern Hashem our God; but with overt acts, it is for us and our children ever to apply all the provisions of this Teaching. Deuteronomy 29:28

Grass withers, flowers fade— But the word of our God is always fulfilled!” Isaiah 40:8

His handiwork is truth and justice; all His precepts are enduring, well-founded for all eternity, wrought of truth and equity. He sent redemption to His people; He ordained His covenant for all time; His name is holy and awesome. Isaiah 111:7-9

This was expressed powerfully by Maimonides (Rambam) who, in the ninth of his Thirteen Principles of Faith, states that since the Torah was divinely given, it is timeless and not subject to revision by human hands:

It is clear and explicit in the Torah that it is [God’s] commandment, remaining forever without change, addition, or diminishment, as [Deuteronomy 13:1] states: “All these matters which I command to you, you shall be careful to perform. You may not add to it or diminish from it,” and [Deuteronomy 29:28] states: “What is revealed is for us and our children forever, to carry out all the words of this Torah.” This teaches that we are commanded to fulfill all the Torah’s directives forever. It is also said: “It is an everlasting statute for all your generations,” and [Deuteronomy 30:12] states: “It is not in the heavens.” This teaches that a prophet can no longer add a new precept [to the Torah].

When it comes to the Temple sacrifices, however, there is a debate about whether or not they will be reinstated in the third Temple. The Midrash (Lev. Rabbah 9:7) states, “All sacrifices will be abolished except for the offering of thanksgiving.” The Yalkut Shimoni and Midrash Mishlei (Prov. 9:2) wrote, “All festivals will be abolished except for Purim which will never be abolished; and the Day of Atonement will be like Purim.”

And when these days are over, then from the eighth day onward the Kohanim shall offer your burnt offerings and your offerings of well-being on the mizbayach; and I wil extend My favor to you—declares Hashem. Ezekiel 43:27

This was further emphasized by the Prophet Isaiah:

I will bring them to My sacred mount And let them rejoice in My house of prayer. Their burnt offerings and sacrifices Shall be welcome on My mizbayach; For My House shall be called A house of prayer for all peoples.” Isaiah 56:7 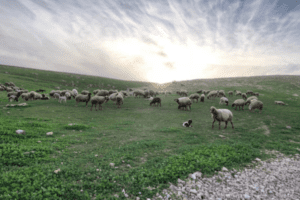 A flock of sheep grazes in Judea and Samaria (Shutterstock.com)

It is important, however, to consider the opinion of Rabbi Avraham Yitzchak Kook, who served as the first Chief Rabbi of Palestine under the British Mandate. Rabbi Kook cited Malachi:

Then the offerings of Yehuda and Yerushalayim shall be pleasing to Hashem as in the days of yore and in the years of old. Malachi 3:4

The term in this verse for ‘offerings’ is mincha, i.e. the grain offering. Rabbi Kook explained that the prophet specified grain offerings and not animal offerings, because after the resurrection of the dead, which will include animals, even the animals will have a direct and personal knowledge of God. Once that occurs, only grain offerings will be brought to the Temple.