Why do we Light Up an Empty Room with the Menorah? 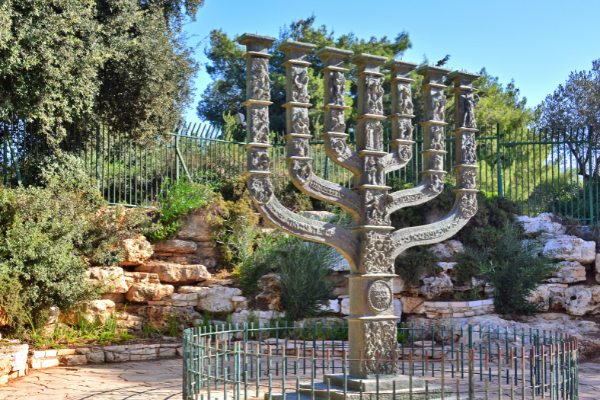 Speak to Aharon and say to him, “When you mount the lamps, let the seven lamps give light at the front of the menorah.”

I often find myself walking around my house, turning off lights in empty rooms. Why waste electricity if there is no one there to benefit from it? Interestingly, a similar question arose thousands of years ago, in the Temple itself!

In the eighth chapter of Numbers, God commands Aaron and his descendants to light the golden menorah that stood just outside the Holy of Holies. Though the menorah may seem like a peripheral element of the Temple, its lighting initiated Aaron’s Temple service. And as the Torah portion of Beha’alotcha (Numbers 8:1–12:16) makes clear, the lighting of the menorah is a critical element of the service in the Temple. 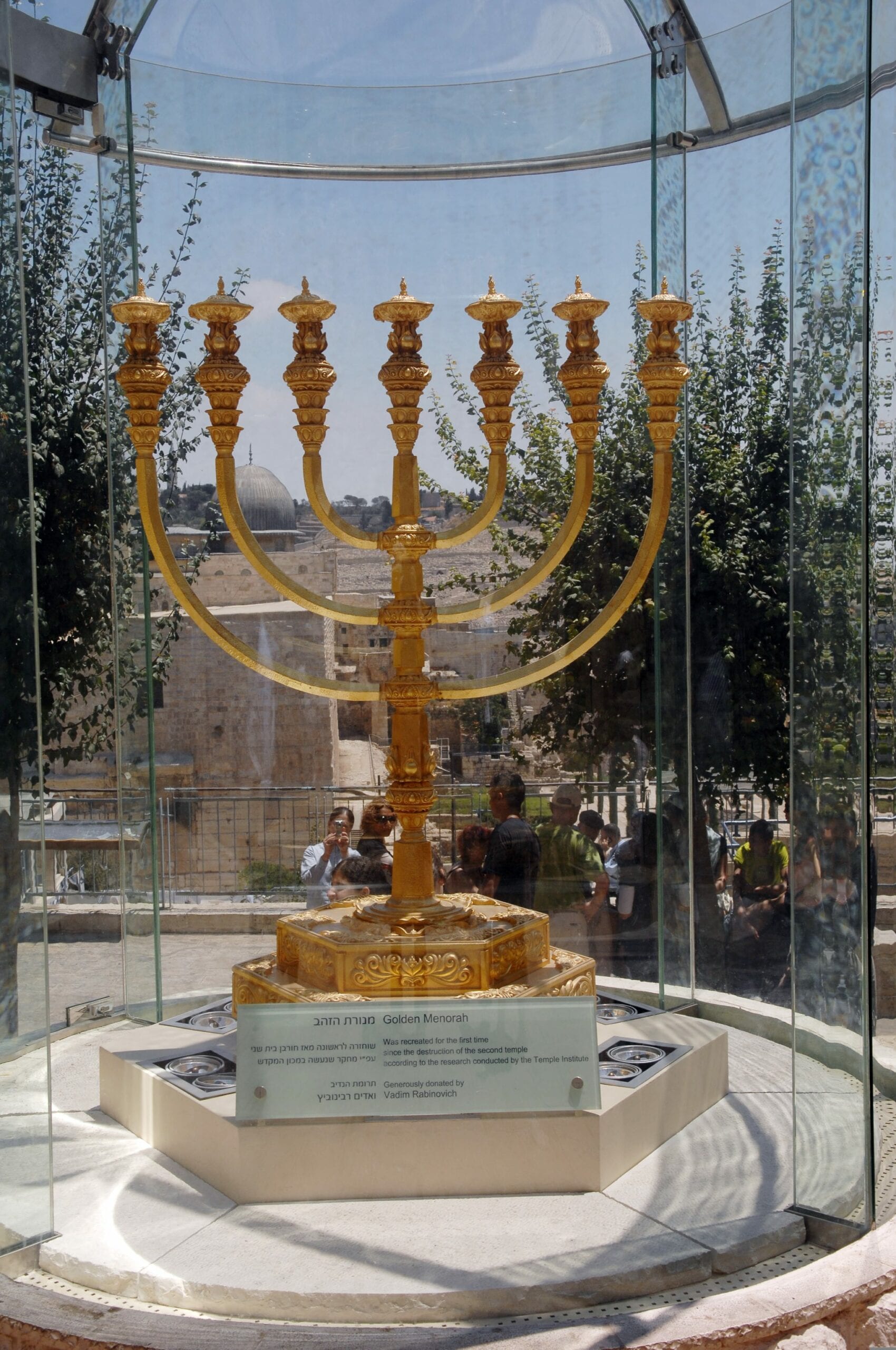 The Temple Institute’s replica of the Temple menorah in Jerusalem

But why did God command Aaron to light the menorah? It could be argued that this was for a practical reason: the priests needed light to perform the service. But the Talmud (Menachot 86b) states explicitly that this was not so; that the menorah was not needed to provide light inside the Temple. In fact, the windows of the Holy Temple were built in a way that did not bring much sunlight into the Temple, but instead directed the menorah’s light outwards!

The light of the menorah is meant to brighten the world. It is a physical representation of the people of Israel’s mission to illuminate the broader world with God’s wisdom and light. As Isaiah so powerfully said:

I Hashem, in My grace, have summoned you, And I have grasped you by the hand. I created you, and appointed you a covenant people, a light of nations Isaiah 42:6

Despite this mandate, the Bible is replete with characters who, when called upon to lead, were each reluctant to become a “guiding light”. Moses, described as the most humble of men, asked God to be relieved of the burden of leadership. The sages teach that Joshua considered himself to be so worthless that he wanted to imprison Eldad and Medad for suggesting that Moses was going to die and that he would lead the people into the land. Like Jonah and many other reluctant prophets, Eldad and Medad hid outside the camp rather than receive the gift of prophecy at the Tabernacle.

The role of the “light-bearer” is clearly a heavy burden that many would rather avoid. An unwritten cynical rule in politics, illustrated multiple times throughout the Bible, is that a strong desire to lead is a red flag indicating the person’s unsuitability to hold a leadership position.

Yet all of the Biblical prophets and leaders overcame their doubts and reticence. The need to spread God’s light in the world is too great.

Like its many leaders who took on the mantle of guiding the Jewish people for the sake of God, the nation of Israel as a whole is called upon to step up and become a “guiding light” for the rest of the world. This is the lesson of the menorah. We must spread the light! The menorah must be lit! The word of the Torah may not remain exclusively in Zion – it must be shared with the entire world! As Isaiah says, “For instruction shall come forth from Tzion, The word of Hashem from Yerushalayim” (Isaiah 2:3).

The prophetic mandate to be a light unto the nations has been magnified and enhanced with the establishment of the modern state of Israel, as explained in the Israel Bible:

This famous phrase captures the mission statement of the People of Israel. For most of Jewish history, the role of “light unto the nations” has been understood primarily as a private call to have a positive influence on the world by living an ethical life and setting a personal example of righteous behavior. Rarely was anyone on the outside ever interested in what the Jews as a nation had to say, and so the concept of ‘ohr goyim’ was an ideal that individual Jews strived for. However, Isaiah is calling for so much more. The “light” in his stirring description is capable of opening the eyes of the blind and leading the imprisoned out of darkness. The establishment of the State of Israel and its role on the international stage calls for a transformation of the “light unto the nations” metaphor from a passive, individual candle, to a powerful blaze, firing up the nations and igniting the world with righteousness. The State of Israel represents the historic opportunity for the People of Israel to fulfill their religious destiny as a nation.

Indeed, Isaiah’s prophecy has been cited as a guiding principle by both David Ben Gurion and Benjamin Netanyahu. Aaron’s menorah was adopted as a symbol of the State of Israel, and a four-meter bronze menorah stands outside the Knesset. 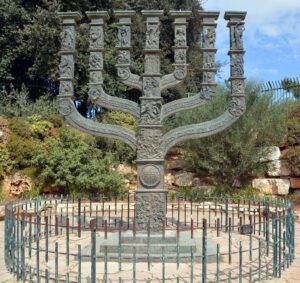 The menorah outside the Knesset in Jerusalem (Shutterstock.com)

Modern Israel has taken the role of “light unto the nations” and applied it to all kinds of endeavors like science and technology. Israel is teaching other nations to turn their deserts into blooming fields. Israel is a leader in agri-tech and water technology, even creating water out of thin air. Israel is one of the very few countries that had more trees at the end of the 20th century than it had at the beginning. In all these ways and more, Israel’s light has increased as it inspires and leads other nations, spreading the light of the menorah to all.