Do clothes make the man? Joseph and his coat of many colors 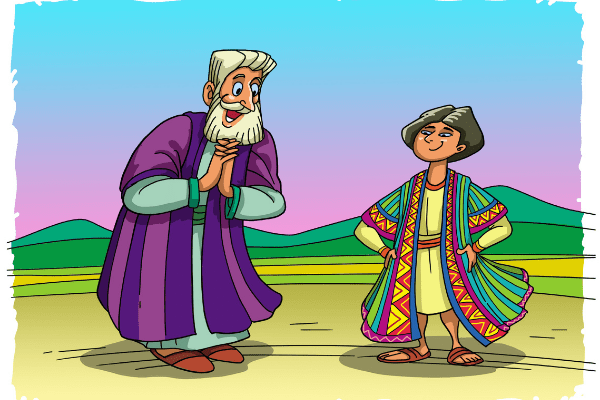 Now Yisrael loved Yosef best of all his sons, for he was the child of his old age; and he had made him an ornamented tunic.

Clothes frequently play an important role in the Biblical narrative, but perhaps never more so as in the story of Joseph and his brothers. Described simply as a ketonet pasim, or “striped coat” (Genesis 37:3), Joseph’s coat was a visible sign of Jacob’s love of Joseph, so much so that it inflamed his brothers’ jealousy. The coat became the target of their hatred and they stripped it off of him before throwing him into the pit. After selling their brother into slavery, the brothers soaked the coat in sheep’s blood, using the grisly image as evidence of Joseph’s death. 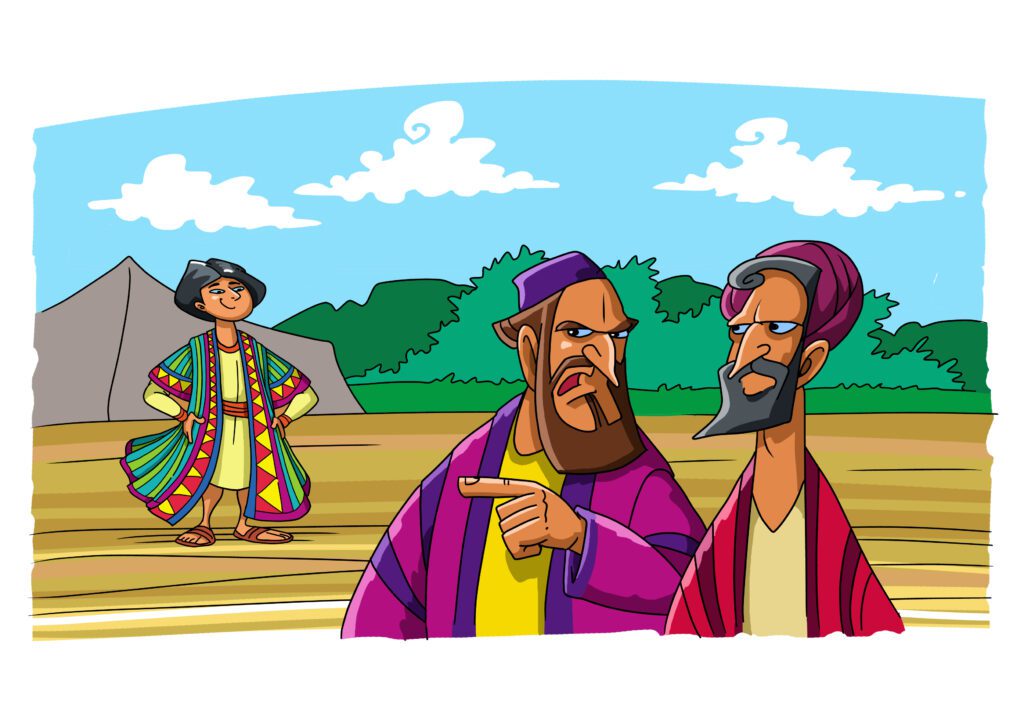 Rabbi David Kimhi, a medieval Biblical commentator known by the acronym Radak, explained that the robe was “colorful.” Targum Yonatan described the coat as being decorated with pictures. Rabbi Samuel ben Meir, the grandson of Rashi, explained that the robe was unique in its length, with sleeves going down to the palms of the hands and the soles of the feet. The medieval French commentator Rabbi Shlomo Yitzchaki (known as Rashi) described the robe as being woven from fine wool whereas a Spanish contemporary, Rabbi Jonah ibn Janah, described it as being made from silk.

Though there are many opinions on the actual appearance of the robe, a ketnonet pasim appears in other places in the Bible. Rabbi Levi ben Gershon, a medieval French Biblical commentator known by the acronym Ralbag, associates Joseph’s coat with the ketonet pasim worn by Tamar, the daughter of King David (II Samuel 13:18).

Rabbi Moses ben Nachman, a medieval spanish scholar known as Nachmanides, explained that explained that Joseph’s robe was embroidered like the Temple vestments which were designed for “dignity and adornment” (Exodus 28:2).

It is perhaps no accident that an article of clothing, proof of his father’s love, was also brought as false proof of Joseph’s demise, and yet another article of clothing brought as false proof of his guilt with Potiphar’s wife (Genesis 39:11). Just as clothes were part of Joseph’s fall from grace, his rise to power in Egypt was symbolized by Pharoah dressing him in “robes of fine linen” (Genesis 41:42-43).

According to a midrash, the coat Joseph received from his father had a remarkable provenance. After eating from the Tree of Knowledge, Adam was aware of his nakedness. Out of kindness, God wove a coat for Adam to wear. The coat accompanied Noah on the Ark and was stolen by Ham after the waters receded, who gave it to his son, Cush. Cush gave it to Nimrod and it then passed to Esau after he killed the king. Just as he acquired Esau’s blessings through guile, Jacob also acquired this coat. When he appeared before Isaac, it was the fragrance of this coat, the fragrance of Eden, that his blind father sensed, convincing him that his elder son sat before him. It was this coat that Jacob passed on to his favored son.