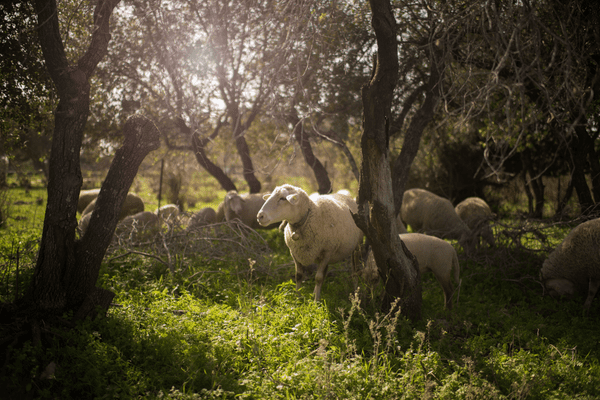 Israel just held its fifth election in three years. For a while now, Israel has been struggling to find a leader who can form and maintain a coalition made up of different parties, each with their own interests and priorities. These parties are representative of the diverse Israeli population that the prime minister and his government need to serve.

Who is the ideal candidate for such a position? The answer can be found in this week’s Torah portion, the portion of Vayeitzei (Genesis 28:10–32:3).

Many of Israel’s leaders received their training in the same way: by taking care of sheep. Not only was shepherding a family business for Jacob and his sons, Israel’s two greatest leaders, Moses and David, rose from obscurity, emerging from leading flocks to head God’s nation.

So maybe this should become a requirement for potential prime ministers. Maybe the Knesset should have a dedicated flock for use after the elections or to train new politicians. Benjamin Netanyahu has a proven track record in macroeconomics and foreign policy, but maybe in order to learn how to form a coalition he should be taken out to the wilderness with an unruly flock of sheep!

Sheep were essential in the ancient world as a form of wealth, and figured prominently among the stories of the patriarchs and matriarchs. How a person related to this wealth was a result of their moral character. The sages relate a conflict between the shepherds of Abraham and the shepherds of Lot. Abraham’s shepherds muzzled their sheep on the way to graze, ensuring that they would not graze from private fields along the way. Lot’s shepherds were not so careful.

Jacob’s role as a shepherd allowed him to marry both of Laban’s daughters, and his flocks endeared him to his estranged twin brother.

And Joseph’s fateful visit to his brothers, which ended in them selling Joseph as a slave in Egypt, came while they were shepherding.

None of these sheep-related episodes seem to establish leadership. Yet according to the sages, their roles as shepherds played a key role in establishing suitable leaders of Israel.

The Midrash teaches that God chose Moses as the leader of Israel after seeing how he treated his flock. One time, a ewe wandered from the flock and Moses searched the desert to find her. He finally found the parched and exhausted creature. Rather than be angry at the ewe, Moses gave her water to drink and carried her back to the rest of the flock. God was impressed. On the way home, God appeared to him in the burning bush.

David, as well, was a shepherd before he was anointed king and, according to the sages, his approach to shepherding was the impetus for God choosing him to lead His flock. The Midrash relates that David would first allow the young sheep to pasture. They would eat the most tender grass. Only after they finished would David allow the older sheep to graze. In this manner, the tougher meadow grass was left for those sheep with stronger jaws. The Midrash tells us that G-d was impressed with David’s abilities to discern the different needs of varying age groups and foresaw in those actions the leadership qualities needed to be King of Israel.

Furthermore, Rabbi Samson Raphael Hirsch writes that being a shepherding was a fitting profession for the patriarchs:

The life of the shepherd is most elevated. He is concerned principally with living things. His care of them arouses within him humane feelings and sympathy for suffering. His acquisitions are portable. The flock needs the shepherd’s care, but their existence is not in his hands. Thus, the shepherd is protected from the danger of overestimating his own value and that of his property. His profession does not occupy all his strength and efforts. His spirit is invested in his labor to a lesser degree, and remains open to godly and humane values. For this reason our forefathers were shepherds, and Moshe and David also shepherded flocks.

All of this makes sense but I am still left wondering about a particular incident in this week’s Torah portion in which Jacob was able to breed different types of flock in order to accumulate wealth from Laban (Genesis 30:25-43)? Why is this story significant? Why does the Bible seem to waste so much ink detailing the methods he used to produce different varieties of sheep every time Laban changed the requirements for earning wages on him?

Jacob was the father of the twelve tribes of Israel, each one with a unique personality and a unique role to fill. According to Rabbi Mordechai Kamenetzky, “Jacob’s development of twelve tribes was pre-determined by his development of a wide array of his flock. Only someone who knew how to cultivate unity in diversity would know how to produce the forbearers of the Jewish nation.”

By being forced to breed so many different types of sheep and caring for them all, Jacob learned how to care for his own diverse breed. This is what made him uniquely suited to be the father of the twelve tribes of Israel.

This attribute is illustrated in a story told about Rabbi Aryeh Levin, who was watching the children of his Yeshiva (school for Torah study) in Jerusalem while they played. His son, Chaim, was a teacher of the young boys. Rabbi Levin turned to his son and said, “What do you see? Tell me about the children.”

Chaim was an attentive teacher and knew his students.

“Dovid is standing near the door of the school, with his hands in his pockets,” Chaim said. “He probably is no athlete. Moishe is playing wildly, he probably is undisciplined. Yankel is analyzing how the clouds are drifting. I guess he was not counted in the game.”

“Is that all?” Rabbi Levin asked.

“Well,” Chaim hesitated. “They are just a bunch of children playing.”

“No, my son,” Rabbi Levin said. “You see them but you need to look deeper.”

“Dovid is near the door with his hands in his pockets because he has no sweater,” Rabbi Levin said. “His parents can’t afford winter clothes for him. Moishe is wild because his teacher scolded him and he is frustrated. And Yankel is moping because his mother is ill and he bears the responsibility to help with the entire household.”

“In order to be their teacher, you need to see what each individual student needs,” Rabbi Levin continued. “You need to guide each one towards being the best he can be based on his own personal strengths and weaknesses.”

Some shepherds only see the flock; how many they are, and how much they all eat and drink. But a leader of Israel must see the individual sheep. Like Jacob, he must understand the needs and strengths of each individual and each group, and with that knowledge create unity out of their diversity.