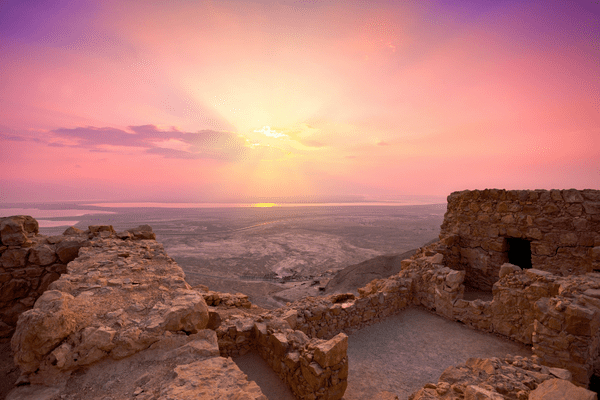 When the child grew up, she brought him to Pharaoh's daughter, who made him her son. She named him Moshe, explaining, “I drew him out of the water.”

“You’re a lot shorter in person than I expected.”

That is the phrase that actors hear most often. It is the flip side of the “larger than life” perception of famous people. Science fiction stories about time machines always portray the larger-than-life version of historical figures. I have always wanted to write a sci-fi story about owning a time machine and meeting historical figures, only to discover that they were disappointingly normal.

But even in my most cynical moments, I cannot imagine Moses as anything other than larger than life. The sages describe a meeting between Moses and the Biblical giant, Og, who was purported to be 13 feet tall. Og dwarfed everyone except Moses, who they described as being 15-20 feet tall.

When my children were young, I referred to this Midrash whenever I told bedtime stories about Moses. But now that they are older, I have to work harder at impressing them with Moses’ greatness. I am currently preparing myself for this, as the weekly Torah portion tells the story of Moses from birth until adulthood.

The Bible describes Moses “growing up” not once, but twice, in two consecutive verses (Exodus 2:10-11). The Torah is always careful not to mince words, so why does it repeat itself here? Clearly, if the Torah emphasized that Moses grew up twice it means more than just “he got older.” What can we learn from this repetition?

At this point in the narrative, Moses was still a young man going through an identity crisis. But he is the central character in the next four books of the Torah. He not only leads the Jews out of Egypt, but he helps shape the emerging nation and acts as their point of connection to God. Filling this role required a man who was indeed larger than life, who had grown twice as much as a normal person.

The second verse that tells us that Moses grew up reads:

when Moshe had grown up, he went out to his kinsfolk and witnessed their labors (Exodus 2:11)

Moses went out to his brothers to witness their suffering. The first thing that made him great was that Moses was able to empathize with others, to understand their suffering and to make a difference in their lives.

The next three stories show how Moses saved a Jew being hit by an Egyptian, got involved when two Jews were fighting, and helped the daughters of Jethro – strangers in a strange land. When he saw injustice, Moses stood up for what was right no matter who was involved. He felt everyone’s pain and did whatever he could to help. This is the essence of a great person.

But Moses’ greatness went even beyond making a difference in the lives of others. When Joshua took on the mantle of leading Israel, the verse describes Moses as a “servant to God,” but Joshua is described as Moses’ attendant (Joshua 1:1). In normal terms, a free man who works as an “attendant” is higher on the social ladder than a slave. But Moses’ greatness came from his role as a slave to God. Like a true slave, Moses had no will or desire of his own. A hired attendant works his set hours and then leaves. Like a true slave, Moses was always connected to his master. Moses’ greatness also came from putting God before everything else.

No other figure is held in such high regard by the Jews as Moses. They refer to him as Moshe Rabbeinu (Moses, our teacher). Ironically, despite his greatness, the Torah states unequivocally, that “Moshe was a very humble man, more so than any other man on earth” (Numbers 12:3). Of course, this level of humility only added to his greatness.

When Moses came down from Mount Sinai, everyone except for Moses could see the rays of light coming from him. Another sign of Moses’ humility was that after serving as High Priest in the Tabernacle for the inauguration week, he handed over the job to his brother Aaron without reservation.

Moses’ greatness allowed him to meet (almost) face-to-face with God and present the Torah to the Jewish nation. His love for God was reflected in his unflagging love for the Jewish people. Yet his unwavering love for God did not mean that he accepted everything unquestioningly. When God wanted to destroy the nation after the sin of the Golden Calf and start anew with the line of Moses, the prophet resisted, arguing with God by praising the nation that had just sinned. This was not only an expression of Moses’ love for the Jewish people and his own humility, but a further example of how he stood up for others.

We learn from Moses three components to becoming great. The first is to identify with others and do whatever you can to make a difference in their lives. The second is to put God before everything else and the third is humility.

These are lessons about greatness that the leaders of today would do well to learn. The greatness of a leader comes from the people and from God. May we all aspire make a difference in the lives of others and be humble slaves to God.