Tithes: A Reminder That Everything Comes from God 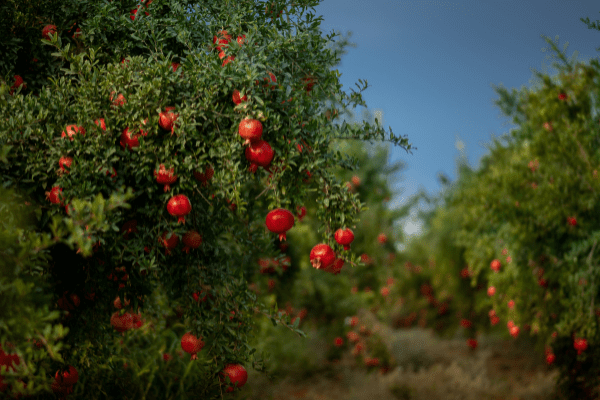 All tithes from the land, whether seed from the ground or fruit from the tree, are Hashem's; they are holy to Hashem.

Agriculture in Israel is a joint venture in which God partners with the farmers. God promises that if the Jews are faithful to the Torah and keep the commandments, He will ensure that the rain will fall in its proper season and the land will yield its bounty. And just like in every partnership, God takes his percentage as well.

Leviticus (27:30) introduces the practice of giving ma’aser (tithes), but the patriarchs separated tithes even before the Torah was given. After defeating the four kings and freeing his nephew Lot, Abraham gave a tithe of the spoils to King Melchizedek of Salem (Genesis 14:20), who the Torah describes as “a priest of Hashem” (verse 18). The midrash also describes Isaac tithing his produce and, after having his night vision of a ladder reaching to heaven, Jacob promised to tithe his produce upon returning to Israel as well (Genesis 28:22).

Farmers have a special mitzvah (commandment) to give some of their produce to the priests and Levites. The first gift, which is sanctified for God and given to the priests to eat, is called terumah. Terumah could be eaten only by Kohanim (priests) and their families, had to be ritually pure, had to be eaten when the priests were in a state of ritual purity, and could not be taken out of the Land of Israel.

After terumah is separated, one tenth of the remaining produce is given to the Levites. This gift is known as ma’aser rishon (first tithe). Ma’aser rishon is not sacred, and it is permissible to eat ma’aser rishon in a state of ritual impurity. Levites may do with it as they please—even donate it to charity or return it to the owner. The Levites are further required to give one-tenth of the ma’aser rishon to the priest, a gift known at terumat ma’aser.

These laws are described after the confrontation of Korah in which he challenged the priesthood:

And to the Leviim I hereby give all the tithes in Yisrael as their share in return for the services that they perform, the services of the Tent of Meeting. Numbers 18:21

As the tribe of Levi did not receive a portion of the land of Israel, ma’aser provided them sustenance while also giving them a proxy inheritance in the land.

Ma’aser sheni (second tithe) is taken from the produce remaining after both terumah and ma’aser rishon are removed. Ma’aser sheni is taken to Jerusalem where it is eaten by the farmer and his family while in a state of ritual purity. Alternatively it could be redeemed with money which would be used to purchase food and drink to be consumed in Jerusalem.

Tithes follow the seven-year shemittah (sabbatical) cycle. In the third and sixth year of the cycle, ma’aser ani (tithe for the poor) is given instead of ma’aser sheni (Deuteronomy 26:12).

On Passover of the fourth and seventh years, a process called biur ma’asrot (removal of the tithes) takes place. All tithes that had not been distributed, eaten, or redeemed in the previous three years are burned or otherwise disposed of (Deuteronomy 14:28-29, 26:12-13).

In the seventh year, when the shemittah is observed and the fields declared ownerless, no terumah or ma’aser is given.

The laws of the tithes serve as another reminder that our successes in life should be attributed to God, the source of everything in this world. By separating some of his produce to give those who serve in the Temple, some to eat himself in Jerusalem, God’s capital city, and some for the poor, the farmer is forced to remember that all of his produce is a gift from God; not merely the result of his own efforts.