What Does it Mean to Observe Shemittah? 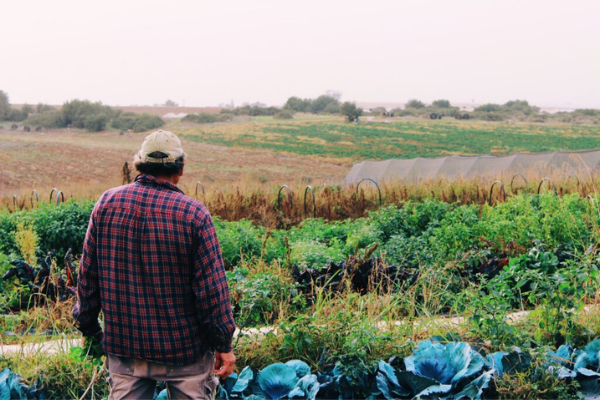 but in the seventh you shall let it rest and lie fallow. Let the needy among your people eat of it, and what they leave let the wild beasts eat. You shall do the same with your vineyards and your olive groves.

The Shemittah comes every seven years, making it a form of Sabbath that occurs on a yearly, rather than a weekly, cycle. Observing the Shemittah acknowledges that the land of Israel belongs to the God of Israel. We work the land for six years, and on the seventh, we leave the land fallow and the fields are left open for anyone to come and take of their fruit, as described in the Torah:

Six years you shall sow your land and gather in its yield; but in the seventh you shall let it rest and lie fallow. Let the needy among your people eat of it, and what they leave let the wild beasts eat. You shall do the same with your vineyards and your olive groves. Exodus 23:10-11 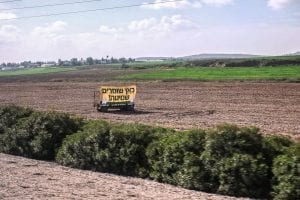 Other cultivation techniques, such as watering, fertilizing, weeding, spraying, trimming, and mowing, may be performed as a preventive measure only, in order to prevent the field from dying, but may not be performed to improve growth. Additionally, any fruits or herbs which grow of their own accord, and where no watch is kept over them, are deemed ownerless and may be picked by anyone. A variety of laws also apply to the sale, consumption, and disposal of shemittah produce.

In addition to the agricultural aspect of the Shemittah, all debts, except those of foreigners, are to be remitted during the Shemittah year.

Shemittah was commanded to Israel at Mount Sinai, but the Jews did not immediately begin observing the Shemittah since it is only observed inside the Land of Israel, and the land must be owned in order for it to be forfeited. It took the Jews 14 years to conquer the land, after which they began counting seven years. Therefore, the first Shemittah year was the 21st year after the Jewish nation entered the land.

The Shemittah can be determined by a simple calculation. If the Hebrew year is divisible by seven, then it is a Shemittah year. For example, 5782 is the 826th Shemittah year since the creation of the world.

BOUNTEOUS HARVEST THE YEAR BEFORE AND HOLY PRODUCE DURING THE SHEMITTAH

Produce grown in Israel in the seventh year takes on an elevated level of holiness. This produce should not be traded commercially, nor may it be sent outside of Israel. It may not be wasted or used in an unusual manner. However, it is permitted to eat the produce and it must be treated in a respectful way (i.e. leftovers should be wrapped prior to being thrown away or placed in a special Shemittah bin). 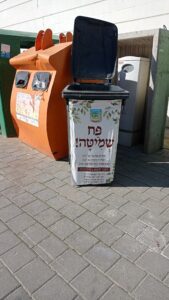 God assures Israel that the year preceding the Shemittah will produce a bounteous harvest that will provide the Israelites with all of their needs for the year in which they do not work the land:

And should you ask, “What are we to eat in the seventh year, if we may neither sow nor gather in our crops?”I will ordain My blessing for you in the sixth year, so that it shall yield a crop sufficient for three years.When you sow in the eighth year, you will still be eating old grain of that crop; you will be eating the old until the ninth year, until its crops come in. Leviticus 25:20-22

Other practical methods are used by Jews to access produce during the Shemittah, such as growing produce in hothouses with raised beds that are technically disconnected from the land of Israel.

Another technique is referred to as otzar beit din. In this method, a community rabbinical court supervises harvesting by hiring workers to harvest, store, and distribute food to the community. Members of the community pay the beit din (rabbinical court), but this payment represents only a contribution for services and not a purchase or sale of the food. Under this approach land cannot be sown, but existing plants can be tended and harvested. The approach is applied to orchards, vineyards, and other perennial crops. 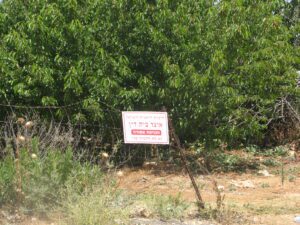 Over 100 years ago, in order to protect the new settlements in the Land of Israel, some leading rabbis in Israel devised a method of selling the Land of Israel to non-Jews in order to avoid the restrictions of Shemittah.  This technique is referred to as heter mechira (permission from sale). Some authorities question its validity and still others object to it on the grounds that it transfers ownership of the Holy Land to non-Jews, albeit in only a symbolic manner.

SHEMITTAH AND THE MESSIAH

Observance of the Shemittah is very important as the prophet Jeremiah warned that non-observance led to the exile:

Thus saith the LORD, the God of Israel: I made a covenant with your fathers in the day that I brought them forth out of the land of Egypt, out of the house of bondage, saying: “At the end of seven years ye shall let go every man his brother that is a Hebrew, that hath been sold unto thee, and hath served thee six years, thou shalt let him go free from thee”; but your fathers hearkened not unto Me, neither inclined their ear.” Jeremiah 34:13–14

According to Jewish sources, the year after the Shemittah has a special significance relating to the Messiah.  The Babylonian Talmud in the Tractate of Sanhedrin, 97a, cites the verse from Amos:

This verse comes in the context of a prophecy about God bringing the nation of Israel back from exile among the nations. Amidst descriptions of the days preceding the Messiah, the Talmud says: “As it is written, in that day I will raise up the tabernacle of David that is fallen. Our Rabbis taught: in the seven-year cycle at the end of which the son of David will come – in the first year, this verse will be fulfilled.”

The Talmud is saying explicitly that the Messiah will come in the first year after the Shemitah.  It should be noted that the Talmud describes the days before the Messiah in-depth, and they are especially difficult times.