The Many Uses of Olive Oil in Biblical Times 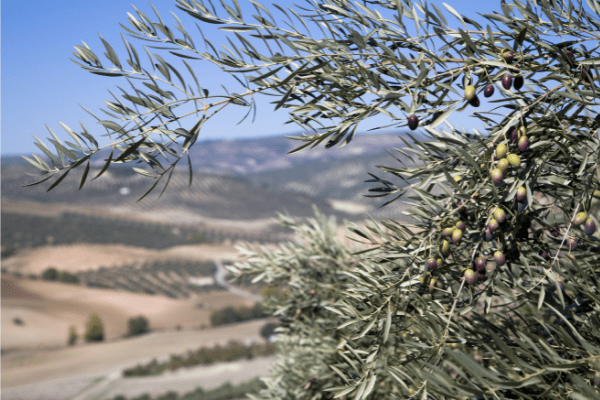 The portion of Tetzaveh begins by telling the Children of Israel to bring pure olive oil for use in the Menorah in the Tabernacle (Exodus 27:20). For normal use, oil is extracted from olives by pressing, but the Torah specifies that in this case the olives are pounded. No other means of extracting the oil is permitted by Torah law:

And thou shalt command the children of Israel, that they bring unto thee pure olive oil beaten for the light, to cause a lamp to burn continually. Exodus 27:20

After pounding them individually, the olives are allowed to sit for several days without any pressing, so that the oil can drain out of them. The yield is very low, only about two percent as compared to 20 percent gained by pressing, but the quality, measured by the oil’s acidity, is far superior to any other method. Once this oil was extracted, the husks were then pressed, and any further oil that was released could be consumed or used for adding to grain offerings.

Burning the oil in the Menorah was considered a sacrifice in every respect, and does not require an actual Temple building. The Biblical commandment could be fulfilled today by placing the Menorah on the Temple Mount, filling it with the oil that has been prepared, and having it lit by a Kohen (a Jewish man from the priestly caste). The oil is ready and the Menorah, prepared by the Temple institute, is on display in the Old City of Jerusalem, waiting to be moved to the Temple Mount and used for its designated purpose. 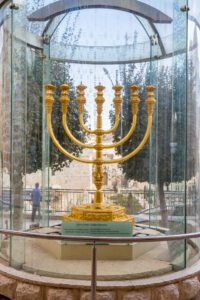 The golden menorah created by the Temple Institute for use in the Third Temple (Shutterstock.com)

In addition to lighting the Menorah, a mixture of oil and spices was used to anoint kings, priests, and utensils used in the Tabernacle. This oil mixture was called shemen ha-mishchah (שמן המשחה) in Hebrew, which literally translates as ‘oil of anointing.’ The Hebrew word for Messiah is Mashiach (משיח), which comes from the same root and literally means ‘the anointed one.’ This term is also used in the Bible for anyone who has been anointed, for example, when David said about Saul:

It is expressly forbidden by the Bible to recreate the anointing oil for any other purpose, punishable by karet, the most severe punishment described in the Bible. The ingredients, as described in Exodus 30:23-25, are as follows:

All of the ingredients must be prepared in total purity. As soon as the olives are pounded, they become open to impurity and must be handled carefully. A special jug was made to hold the anointing oil and was marked with a seal.

Archaeological digs around Israel have uncovered countless ancient olive presses. In Biblical times, olives were grown for oil, and not for eating whole. In addition to its use in the Temple, olive oil was used in food, like it is today, and in lamps, as it was the best source of home lighting. 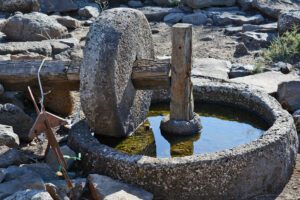