Is Fallible Man the Best Beneficiary of the Torah? 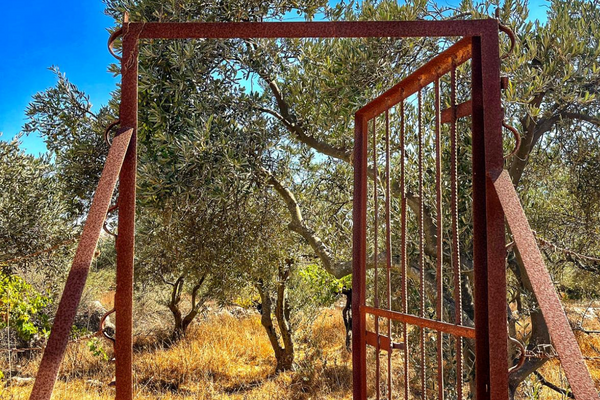 No, the thing is very close to you, in your mouth and in your heart, to observe it.

My teenage son came to me on the Sabbath with a real dilemma:

“Yom Kippur (Day of Atonement) is impossible,” he said.

I understood him and, to be honest, a large part of his dilemma came from listening to me. Yom Kippur is the day when we beg God to forgive us for our sins, when we reflect on our past actions and vow to be better, and when God grants us atonement. When I first started struggling along the path to becoming religious, my trips to the forest to speak with God were characterized by bouts of crying and frustration. I was not convinced that teshuva (repentance, return) was possible. Sure, I wanted to serve God and follow his commandments. But how could I put tefillin (phylacteries) on my arms when I knew what my arms had done?

I was convinced that since the Torah was given at Mount Sinai, I was the absolute worst candidate for the job of bringing God’s light into the world.

Why did God give the Torah to Man, I wondered. Humans are always making mistakes and getting it wrong. We are full of shortcomings and deficiencies. Would it not have been better to give the Torah to the angels in heaven? How is Man supposed to do all the things that God wants from us? It sometimes feels so impossible!

A study partner (who is now the leader of an exceptional spiritual community in Jerusalem) realized my dilemma and took me aside. In his inimical manner, he pointed to a verse and smiled, expecting me to understand.

“You got this,” he offered as a cryptic attempt at explanation.

He then told me a Midrash (teaching from the sages) that blew my mind and, in a strange way, gave me hope to try again.

This was the explanation I offered my son.

When Moses ascended Sinai, the ministering angels voiced their objection.

“Master of the world, what is someone born of a woman doing among us?”

God said to them: “He has come to receive the Torah.”

They said before Him: “The coveted treasure that was stored away by You for nine hundred and seventy-four generations before the world was created, You intend to give it to flesh and blood?! What is a mortal that You should remember him, or the son of man that You should recall him? God, Your Name is so great. The Torah should stay with us in Heaven.”

“Give them an answer,” God told Moses.

“What is written in the Torah?” Moses said to the angels. “‘I am your God Who has taken you out of the Land of Egypt.’ Did you descend to Egypt? Were you enslaved to Pharaoh? Why should the Torah be yours?”

“What else is written there?” Moses continued. “There shall not be unto you the gods of others.’ Do you live among nations who worship idols?”

“What else is written there? ‘Remember the Sabbath day to sanctify it.’ Do you engage in labor from which you need to rest? ‘Honor your father and mother.’ Do you have a father or a mother?”

Immediately, the angels conceded that God was correct. The place of the Torah was with Men on Earth and not in Heaven.

The Zohar (a foundational work in the literature of Jewish mystical thought known as Kabbalah) says that the Torah is black fire written on white fire, meaning it is a physical manifestation of a spiritual reality. When a Jew prays, he sways back and forth. This is likened to a flame that flickers, caught between its physical roots in the wick and its spiritual identity as pure light. Man is a sliver of the infinite, a soul, encapsulated in a physical body.

Were we entirely spiritual, we would not sin. But neither, then, would we need, or be able, to fulfill the Torah.

It is impossible to live a life without sin. As King Solomon wrote:

For there is not one good man on earth who does what is best and doesn’t err. (Ecclesiastes 7:20)

But that does not preclude us from approaching God. When a Jew, God forbid, sins, he is required to bring a sin offering. An offering, in Hebrew called a korban whose root means to draw close, is meant to bring us closer to God. Sin is not a prerequisite for serving God nor is it a reason to run away and hide. Sinning and repenting  draws us closer to God, establishing us as the conduit for channeling His light into the world.

It is precisely our humanity that enables us to grow and forge a closer relationship with the Almighty. Angels, though perfect, are static. They may never sin, but they also don’t grow or change.

A human being is a composite creature, consisting of an essentially animal body and a divinely human spirit. The body has all the desires and impulses of an animal. The function of the spirit is to master these and, ideally, to channel these energies constructively. When we do, we are fulfilling our purpose in this world. When we don’t and we repent, we draw even closer to our Creator than before and become even better equipped to fulfill our roles in this world.

Lust can turn men into animals. But it also raises us up to the role of creator, bringing us to the holiest act of bringing life into the world.  Every evil impulse has a corresponding commandment in the Torah. Angels do not have these impulses but neither do they have the opportunity to bring God’s light into the material world.

God bestowed upon Man a holy mission. Let us use the physicality that He created us with to fulfill it.