Why Are We Commanded to Be Kind to the Stranger So Many Times? 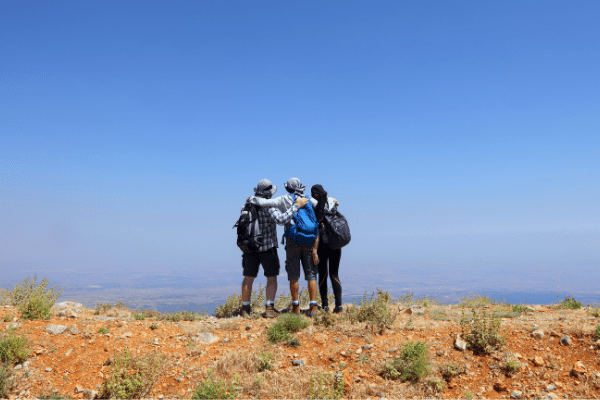 You shall not wrong a stranger or oppress him, for you were strangers in the land of Egypt.

After centuries of being enslaved and persecuted by the Egyptians, the Torah commands the Jews to treat strangers kindly “for you were strangers in the land of Egypt” (Exodus 22:20). The specific prohibition against abusing strangers is repeated four times in the Bible: Exodus 22:20, Exodus 23:9, Leviticus 19:34, Deuteronomy 10:19. In addition, the Torah goes into detail about how to treat the stranger no fewer than 36 times, making the stranger one of the most frequently raised themes in the Bible.

The story of the Jewish people is the story of strangers, beginning with Abraham who God ordered to leave his homeland, becoming a stranger in Canaan. Though Isaac never left Israel, Jacob spent much of his adult life as a stranger in the house of Laban, eventually dying in Egypt. Unlike most nations that grew to greatness in their own land, the Children of Israel became a nation while in Egypt. And Moses felt his own foreignness so deeply that he named his son Gershom, meaning “a stranger there.”

The Israel Bible explained the commandment to treat strangers nicely in a comment on Deuteronomy 10:19:

Hashem instructs His People to love the stranger and the convert, and to take extra care of those who are new to the community and alone. This stands in contrast to the people’s experience as strangers in Egypt, where they were viciously oppressed. The Talmud (Bava Metzia 59b) points out that this commandment is repeated no less than thirty-six times throughout the Bible, to emphasize that as the People of Israel prepare to enter the Land of Israel, where they will be the masters and no longer the strangers, they are warned not to forget what it was like to be outsiders. They must do whatever they can to ease the struggles of strangers in their land.

The sages explain that the stranger we are commanded to love in these verses is the proselyte who converts and comes to live amongst the people of Israel. This goes beyond the commandment to “Love your neighbor as yourself” (Leviticus 19:18). The prohibition against mistreating a proselyte is more severe than the general prohibition of, “Do not wrong one another, but fear your God” (Leviticus 25:17).

This teaches that a person who mistreats a proselyte transgresses two commandments. Rashi explains that if a Jew abuses a convert because of his past, the proselyte can respond abusively by pointing out our “blemished past” as foreigners in Egypt.

Ibn Ezra explains the reason for the added prohibition by emphasizing that the convert has no family to support or comfort him.

Another biblical commentator (the Chizkuni) notes that it is far too easy to abuse the stranger and the convert as they are unfamiliar with the ways of the land and are easily deceived, therefore we must be extra careful to treat them kindly.

The Talmud (Baba Metzia 59b) teaches that reminding a proselyte or a penitent of his past, or relating to him differently on account of it, is abusive and forbidden. Rabbi Eliezer the Great explained that the convert is in a precarious position. The Torah is deeply concerned that if the proselyte is maltreated there is a strong likelihood of his leaving the Israelite community and reverting to his previous way of life.  His abandonment of Judaism might lead to his total deterioration and this would be a terrible desecration of God’s name.

One of the expressions of being kind to the “stranger” described in the Torah is through the commandment to leaving gleanings in the field:

When you reap the harvest in your field and overlook a sheaf in the field, do not turn back to get it; it shall go to the stranger, the fatherless, and the widow—in order that Hashem your God may bless you in all your undertakings. Deuteronomy 24:19 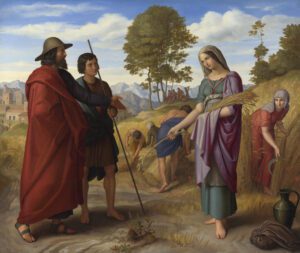 Ruth in the field of Boaz (Julius Schnorr von Carolsfeld)

This form of kindness to the convert was the basis of Boaz’s treatment of Ruth the Moabite when she appeared as a destitute convert in his fields.