A Renewed Covenant with an Unexpected Partner 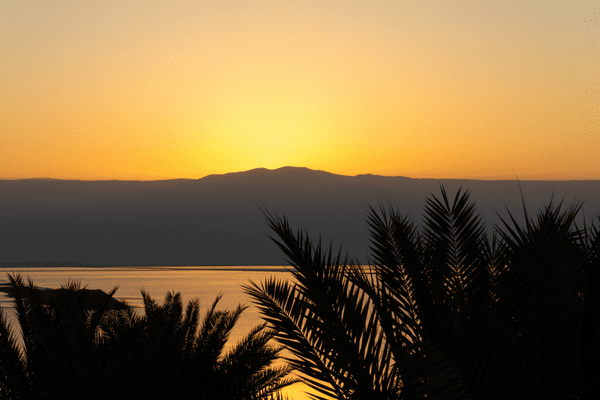 I bought my house a few years ago. I understand that buying a home is serious business but I was totally unprepared for the thick pile of pages I had to sign. When I finished signing one pile of documents, the bank officer produced another.

“These are the agreements between you and the bank,” she replied.

“So what was the previous pile?” I asked.

“That was the agreement between you and the seller,” she said.

I saw another pile waiting on the edge of her desk. “What is that?”

“That is the monetary agreement between you and the municipality,” she said.

I thought I was buying a house from one person, but apparently the deal involved several more parties than I initially thought.

So why was yet another covenant necessary before the nation of Israel finally entered the land? What was the purpose of the covenant in Moab?

Rabbi Shlomo Riskin noted that the Talmud (Tractate Sotah) makes a play on the Hebrew term for the plains of Moab, arvot Moav. The Talmud points out that the Hebrew word areiv means guarantor. In Talmudic civil law an areiv is a cosigner, denoting co-responsibility for a debt. The term areivut meant mutual responsibility. Rabbi Riskin understands that, unlike the previous two covenants, the final covenant at Moab was one of mutuality and involved other parties.

When crossing over the Jordan, God required the Children of Israel to write the words of the Torah on two large plastered stones as they entered the land, specifying that it be written “most distinctly” (Deut. 27:8, The Israel Bible p. 503). The Talmud explains that this means that the words of the Torah should be translated into all of the languages of the 70 nations.

Also upon entering the land, Joshua erected an altar on Mount Ebal. This altar was to be made of unhewn stones (Deuteronomy 27:5-6). They were prohibited from using iron to cut the stones because metal is used to produce weapons of war and the point of the altar is to prolong life and bring peace. In the words of the sages: the matter is a kal va-chomer (an argument a fortiori): If the stones of the altar which neither see, nor hear, nor speak, [but] because they make peace between Israel and their Father in Heaven, the Holy One, blessed be He, said: “You shall not lift up any iron tool upon them” – he who makes peace between man and his fellow, between husband and wife, between one city and another, between one nation and another, between one power and another, between one family and another, all the more so, will no misfortune come to him.

The Children of Israel were taking their place in the family of nations. Most nations are premised on a communal effort towards national transcendence and dominance. But not the Jews. The Jews intended not to dominate the other nations, but to live in peace and harmony with the other nations and bring them closer to God. The covenant at Moab established the Jews and the 70 nations as co-signers in this agreement. Israel’s part in the covenant was to spread the light of God’s Torah. In Rabbi Riskin’s words, “this third covenant is the covenant of Israel’s responsibility to the world.”

Rabbi Riskin emphasized that this was what was meant when God called Abraham the “father of many nations.” It is also implicit in the other nations being blessed through the descendants of Abraham (Genesis 12:3, The Israel Bibile p. 30): “through you all the families of the world will be blessed’ — through the message of ethical monotheism, the vision of a God who demands justice, compassion and peace, which Abraham’s descendants must convey to the world.”

This also explains the enigmatic conclusion of the covenant at Moab:

“I take this to mean, both with the Israelites as well as with the Gentiles,” Rabbi Riskin concluded. “And so the witnesses to this covenant are the heaven and the earth (Deuteronomy 30:19, The Israel Bible p. 515) – the entire world.”