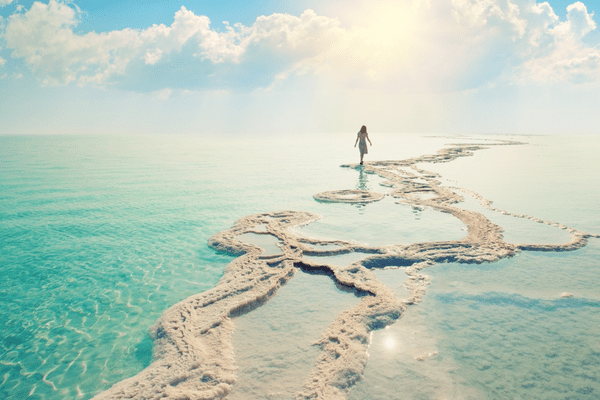 I pleaded with Hashem at that time, saying,

In the summer of 1914, Rabbi Abraham Isaac Kook – the future Chief Rabbi of British-controlled Palestine and one of the leading Rabbinic thinkers of modern times – was in Berlin, on his way to an important Rabbinic conference in Frankfurt. The conference was canceled, however, due to the outbreak of World War I, and Rabbi Kook ended up stranded in Europe for the next five years!

The day the war broke out, Rabbi Kook bumped into another important rabbi, Rabbi Yechiel Yaakov Weinberg, on a train in Berlin. Given the tumult of the day, Rabbi Kook happily accepted an invitation from Rabbi Weinberg to visit him at his home in Berlin. Many years later, Rav Weinberg described what happened at his apartment. “Hoping to please Rabbi Kook, I brought him over to a window which had a breathtaking view of the Berlin skyline. But Rabbi Kook was unimpressed with the view.  Instead, he burst into tears and whispered the words:

I believe this story captures the magic of Israel’s rebirth.

“I pleaded with God at that time, saying… Let me, I pray, cross over and see the good land on the other side of the Jordan, that good hill country, and the Lebanon.” (Deuteronomy 3:23,25)

The Rabbis emphasize that Moses so desperately wanted to enter the land, he prayed 515 times – the numerical equivalent of the Hebrew word Va’Etchanan (“I pleaded”). And yet God remained steadfast; Moses would not be allowed to enter the land of Israel.

What are we meant to learn from Moshe’s “failure”?  What is the critical lesson of Moses’ pleading?

In Jewish tradition, each of the Biblical forefathers are associated with a specific quality: Abraham was the  man of kindness, Isaac the man of self-control, and so on. What was Moses’ great attribute? Moses is associated with eternity. Everything that Moses did was forever; everything that happened in Moses’ life had the touch of perpetuity.

It was Moses’ holy longing for the land – and the tears and longing of all the generations of exile – that finally brought the people of Israel home!

Though he goes along weeping, carrying the seed-bag, he shall come back with songs of joy, carrying his sheaves. (Psalms 126:6).

Those who plant with tears, with tears of longing and prayer, will reap with joy!