A Gift that the Jewish People Have Given the World 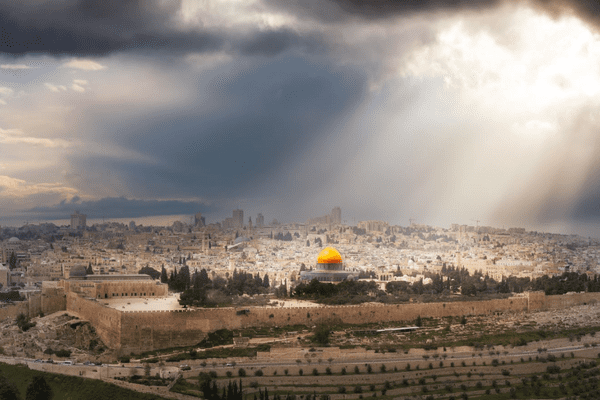 And the many peoples shall go and say: “Come, Let us go up to the Mount of Hashem, To the House of the God of Yaakov; That He may instruct us in His ways, And that we may walk in His paths.” For instruction shall come forth from Tzion, The word of Hashem from Yerushalayim.

Everyone in high school was afraid of Mr. Brickman who we called “Mr. Brick Wall” behind his back. He was from the old school of teaching and any student who entered his classroom chewing gum would be wearing the gum on his nose until the bell rang. Mr. Brick Wall taught math, not my best subject, so his class was the focus of most of my anxiety.

One day after school I was shocked to see him at the local coffee shop, chatting with a young man. Who would dare to have a casual conversation with Mr. Brick Wall?

He laughed. “We called him that too. Friends? I don’t know about that. But I was failing school and got held back. Mr. Brickman took me under his wing and demanded that I come to his classroom every day for half an hour after school. He wasn’t especially nice to me. He was actually rough on me, even rougher than he was on all the other students. But I graduated with good grades and got into a good engineering school. I just got a great job. And it is all thanks to Mr. Brickman, or Brick Wall, as you like to call him.”

It is difficult to get through it. He berates Israel for its rebellious nature. The chapter is non-stop criticism and one of the harshest and most critical prophecies. Isaiah even says in the name of God: “even if you pray to Me, I won’t listen.”

But Isaiah is also the prophet with some of the most encouraging and comforting prophecies. In fact, on each of the seven weeks between Tisha B’Av and Rosh Hashanah (the Jewish New Year), we read a prophecy of consolation from the Book of Isaiah.

The Sabbath before Tisha B’Av is called Shabbat Chazon (“Shabbat of Vision”) after the opening words of the Book of Isaiah describing the prophet’s “vision”. His vision is a harsh and disturbing criticism of Israel. The prophet says that Israel is worse than a donkey who at least recognizes its master. The prophet asks if Israel is any better than Sodom and Gomorrah.

After this scathing rebuke, the second chapter begins with another “vision.” Unlike the first, this vision of the future is amazing:

In the days to come, The Mount of Hashem‘s House Shall stand firm above the mountains And tower above the hills; And all the nations Shall gaze on it with joy. And the many peoples shall go and say: “Come, Let us go up to the Mount of Hashem, To the House of the God of Yaakov; That He may instruct us in His ways, And that we may walk in His paths.” For instruction shall come forth from Tzion, The word of Hashem from Yerushalayim. Isaiah 2:2-3

Hassidut teaches that the reason for referring to the Sabbath before Tisha B’Av as Shabbat Chazon, the Sabbath of vision, is because on that day, every Jew has the ability to have a prophetic vision of the Third Temple.

After reading the first chapter of Isaiah, every Jew feels personally responsible for the destruction of the Temples. But the second chapter gives a clear vision of what will be in the future. The contrast between harsh rebuke and a glorious future makes the message of hope even more powerful.

And this is the deeper message of the prophets: never give up hope. This is a lesson that the Jews have taught the world. To be a Jew means you never let go of hope. You never give up. Hope rebuilds the ruins of Jerusalem. What can be lost can be regained and what has been ruined can be rebuilt. The more you build the more you can rebuild.

We have seen that the prophecy about Jerusalem being desolate and destroyed came to be. But we have also merited seeing the rebuilding of Jerusalem into one of the most beautiful cities in the world. Rabbi Nachman of Breslov said, if you believe you can ruin, then you must believe that you can rebuild. The prophets give us the harsh message that our sins led to the destruction of something precious. But they also give us a message of hope, that Jerusalem will be rebuilt and will once again host a House of Prayer for all Nations.