Loss and Love: Why Moses Lost His Patience at the Rock 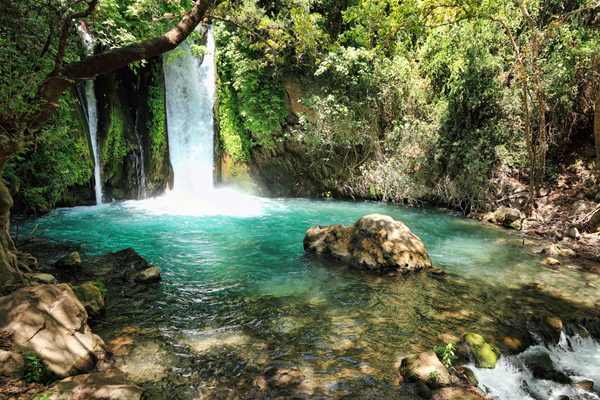 Moshe and Aharon assembled the congregation in front of the rock; and he said to them, “Listen, you rebels, shall we get water for you out of this rock?”

How many parents have heard this (or some version) repeated every few minutes for hours? And then, when a rest stop finally appears and water is provided, a new mantra is adopted, begging for a bathroom, or food, or just plain boredom.

If you are a parent with one or several children, this is a test of your patience. But what if you were Moses and the Children of Israel were complaining after benefitting from a miraculous redemption? What if God had given them the Torah, the most precious gift in existence, and sustained them in the desert with the daily appearance of manna, and they still grumbled and whined?

Moses bore it all with equanimity. The trek through the desert seemed to be an endless cycle of the Children of Israel complaining and Moses providing (with God’s help, of course). But suddenly that cycle was broken. The people complain there is no water. It is an old complaint and a predictable one. Thirst is what happens in a desert. Moses should have been able to handle it with ease. He has been through tougher challenges in his time. Yet suddenly at Mei Meriva (“the waters of contention”), Moses exploded into vituperative anger:

Moses was used to the people complaining; he had led a complicated nation for 40 years! Why did he lose his cool NOW?

When studying the Bible, it is important to realize that we are reading real stories about real people who are living through real events. Moses was perhaps the greatest prophet in history, a man who came closer to seeing God face-to-face than any human ever. Yet he was also a person; a husband, a father and a sibling. The episode of “the waters of contention” comes right after Miriam’s death. She was a prophetess and, according to the Midrash, she produced a miraculous well that accompanied the Jews through the desert, providing them with water. But Miriam was also Moses’ older sister. Moses was surely heartbroken at the loss. When the water ceased, he was in mourning for his eldest sibling.

It is hard to lose a parent, but in some ways, it is even harder to lose a brother or sister. Siblings grow up together. There is a closeness and familiarity between them that is impossible to have with parents. Furthermore, siblings are of the same generation. It is natural for parents to pass away before their children. But when a brother or sister passes, you suddenly feel the Angel of Death come unexpectedly close. You are faced with your own mortality.

But Miriam was even more than an ordinary sister to Moses. She was the one, while still a child, who chose to follow the course of the wicker basket holding her baby brother as it drifted down the Nile. She had the courage and ingenuity to approach Pharaoh’s daughter and suggest that she employ a Hebrew nurse for the child, thus ensuring that Moses would grow up knowing his family, his people, and his identity. She had saved his life by risking her own.

In fact, had it not been for Miriam, Moses would not have been born at all! In a truly remarkable passage, the Sages said that Miriam persuaded her father Amram, the leading scholar of his generation, to annul his decree that Hebrew husbands should divorce their wives and have no more children because Pharaoh had decreed that any Jewish baby boy born should be killed.

Moses surely knew what he owed his elder sister. Without the ever-present and unfailing love of Miriam, Moses would not have grown up knowing who his true parents were and to which people he truly belonged. Though they had been separated during his years of exile in Midian, once he returned, Miriam accompanied him throughout his mission. She was a female counterpart to her brother, leading the women in song at the Red Sea.

So it was not simply the Israelites’ demand for water that led Moses to lose control of his emotions, but rather his own deep grief. The Israelites may have lost their constant source of water. But Moses had lost his sister who had watched over him as a child, guided his development, supported him throughout the years, and helped him carry the burden of leadership in her role as the leader of the women. The real story of the waters of contention is about Moses the human being in an onslaught of grief, vulnerable, exposed, caught in a vortex of emotions, suddenly bereft of the sisterly presence that had been the most important bass note of his life. In Moses’ anguish at the rock, we sense the loss of the elder sister without whom he felt bereft and alone.

Bereavement leaves us deeply vulnerable. In the midst of loss, it can be difficult to control our emotions. We make mistakes. We act rashly. We suffer from a momentary lack of judgment. These are common symptoms for ordinary humans like us, and was true of Moses, the ultimate prophet, as well.

Just as Moses’ role as the prophet and leader of the Jews was influenced by his human nature, we are challenged in a similar way. God doesn’t always call on us while we sit in meditative worship. Sometimes, the still small voice is drowned out by crying children or a spouse who has had a difficult day. While it is only natural to be preoccupied with these distractors, we must do our best to hear God’s call wherever and whenever it comes.