Why ‘gamal’ is a fitting Hebrew name for the camel 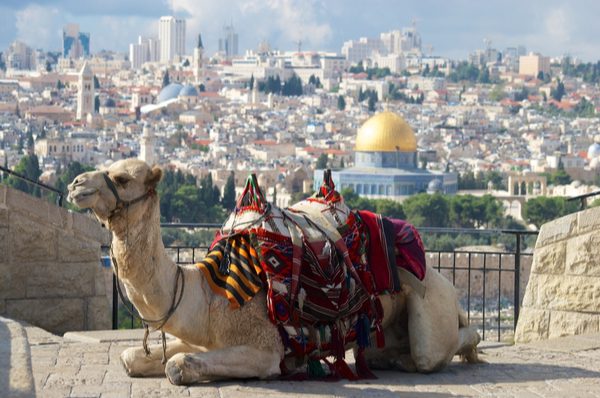 Then the servant took ten of his master's camels and set out, taking with him all the bounty of his master; and he made his way to Aram-Naharaim, to the city of Nahor.

Camels are mammals with fatty deposits on their backs known as humps. They live in desert climates and are often used for transporting people and goods. There have been camels in the Land of Israel since the time of the Patriarchs, as evidenced in the above verse when Abraham’s servant takes “ten of his master’s camels” (Genesis 24:10) when he sets out in search of a wife for Isaac. Jacob offers Esau “30 milch camels with their colts” (Genesis 32:16) when they meet up again following Jacob’s return from Haran, and before the brothers sell Joseph down to Egypt “they saw a caravan of Ishmaelites coming from Gilad, their camels bearing gum, balm, and ladanum to be taken to Egypt” (Genesis 37:25). However, the camel became popular in Israel during the period of the Judges, and the Bible records that at the end of Job’s life he owned six thousand camels (Job 42:12)!

The Hebrew word for ‘camel’ is gamal (גמל), which also means ‘to be independent.’ We find the usage of this word in a variety of contexts: “The child grew up, and was ‘weaned’ (vayigamal)” (Genesis 21:8); “and borne almonds” (vayigmol – i.e. ‘became independent of the stalk’; Numbers 17:23). According to Rabbi Natan Slifkin, popularly known as the “Zoo Rabbi,” the Hebrew name for camel refers to the animal’s ability to survive without water for up to seven months. This makes them especially suited for their desert habitat.

It is fitting that the independent camel was the method of transportation used by Abraham’s servant to bring back a wife for Isaac, as described in the above verse, since Rebecca made the independent choice to leave her family in order to join Isaac in the Land of Israel.