Where is biblical Dothan? 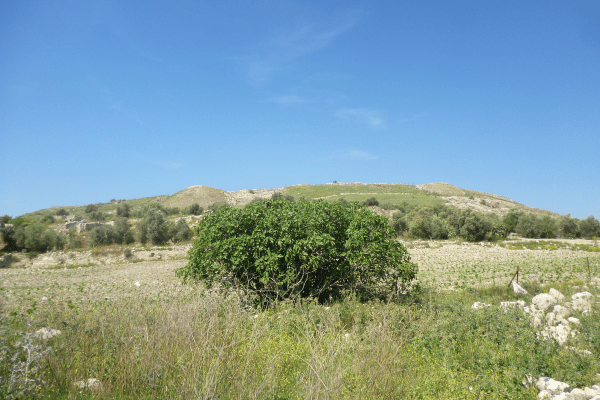 The man said, “They have gone from here, for I heard them say: Let us go to Dothan.” So Yosef followed his brothers and found them at Dothan.

After settling in Hebron, Jacob’s sons (minus Joseph) traveled north to herd their flocks in Shechem. Jacob, now called Israel, sends Joseph to meet his brothers. Joseph arrives in Shechem, a distance of about 50 miles from Hebron, but his brothers are nowhere to be found.

An unnamed stranger directs Joseph to Dothan, about 15 miles further north in the hills of Gilboa. The Valley of Dothan is known to this day for its rich pastures. It is interesting to note that Rabbi Shlomo Yitzchaki, the medieval Biblical commentator known as Rashi, identifies the stranger as the angel Gabriel.

The destinations are significant. His father purchased a plot of land in Shechem so it is natural that the brothers should go there to allow their flocks to graze. Rashi describes Shechem as a place of evil behavior, such as the rape of Dinah. At this point. Joseph does not know that the next time he comes to Shechem is several hundred years later when the Children of Israel bring his bones back from Egypt. 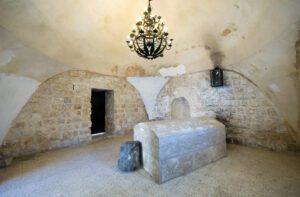 Dothan proves to be a fateful destination for Joseph as it is there that his brothers turn on him, selling him into slavery. Joseph is taken down to Egypt, a journey of about 550 miles, where he is sold to Potiphar.

Dothan later appears as the residence of the prophet Elisha.  It was in Dothan that God opened the eyes of Elisha’s servant so that he could see the horses and chariots of fire surrounding them, and where God struck the Aramean army with blindness at Elisha’s request (2 Kings 6:13-23).

The Biblical site is identified with the modern Tel Dothan located in the northern Samaria Hills. Near the archaeological site is a well called, in Arabic, Jubb Yusuf, which means Joseph’s Well. Adjacent to the Israeli kibbutz of Ami’ad, the well was the site of a khan or caravan stopping place for centuries.