What does Joseph have to do with the redemption? 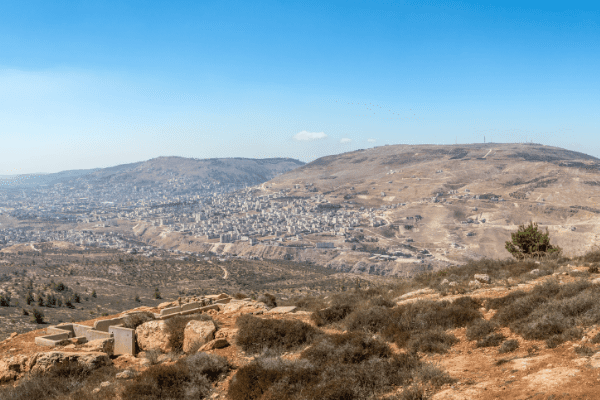 Yaakov arrived safe in the city of Shechem which is in the land of Canaan—having come thus from Paddan-aram—and he encamped before the city.

The city of Shechem is mentioned as one of the first places Abraham passed through when he arrived in Canaan (Genesis 12:5). Later in the Bible, Dina, the daughter of Leah and Jacob, was raped by Shechem, the son of Hamor the Hivite, chief of the country. After the men of the city of Shechem were circumcised in appeasement, Levi and Simeon killed all of the men of the city.

Shechem came into prominence as the spot on which the nation of Israel stood when being told of the blessings and curses in store for them in the Land of Israel. The Bible describes how the Children of Israel stood between two mountains, receiving instructions about the potential blessings they could receive from Mount Gerizim (holy to this day to Samaritan Jews) and the curses from Mount Ebal.

The sages of the Talmud say that there are three places in the Land of Israel that the Bible specifically describes as being purchased by the Jews: the Temple Mount, the Cave of the Patriarchs, and Shechem. Therefore, these places can never be claimed to have been stolen. It is most noteworthy that these are the specific cities the Palestinians claim as their native homeland.

The purchase of Shechem is described in Genesis 33:19:

The parcel of land where he pitched his tent he purchased from the children of Hamor, Shechem‘s father, for a hundred kesitah.

Though the area is in the inheritance of the tribe of Ephraim, Jacob specifically granted the city of Shechem to Joseph in his deathbed blessing (Genesis 48:22):

And now, I assign to you one portion (Shechem) more than to your brothers, which I wrested from the Amorites with my sword and bow.

It is for this reason that Joseph was buried in the place his father had purchased. Adjacent to the modern city of Shechem is the Tomb of Joseph, who insisted the Hebrews bring his bones up from Egypt to be buried in Israel (Genesis 50:24-25):

At length, Yosef said to his brothers, “I am about to die. Hashem will surely take notice of you and bring you up from this land to the land that He promised on oath to Avraham, to Yitzchak, and to Yaakov.” So Yosef made the sons of Yisrael swear, saying, “When Hashem has taken notice of you, you shall carry up my bones from here.” 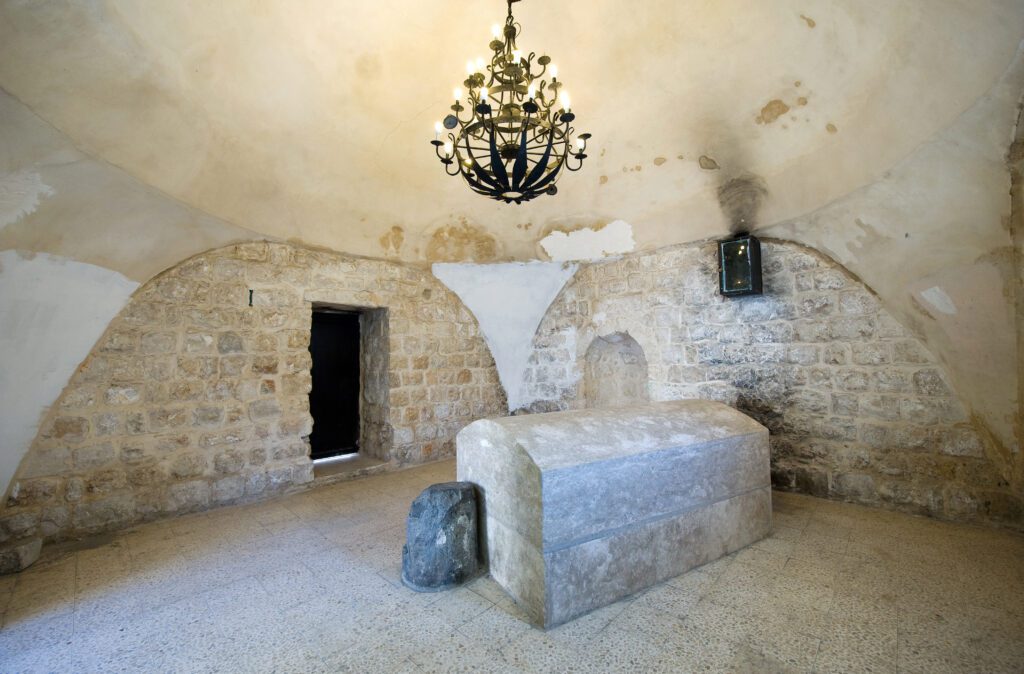 Though he was taken from Israel as a slave and died in Egypt, Joseph is associated with redemption. His bones were gathered as the Children of Israel were on their way out of Egypt, and were buried in Shechem when they finally reached their land. Furthermore, Jewish tradition holds that there will be two messiahs, each with their own important role in the redemptive process. The Messiah from the House of Joseph will prepare the way for the Messiah from the House of David.

The character of Joseph is associated with sexual purity. Joseph chose to anger Potiphar and be imprisoned rather that lie with his wife. Ironically, his burial place was the home of those who raped his sister, Dina (Genesis 34:2-3).

There are many who consider Judea and Samaria to be “occupied territory.” Joseph’s Tomb is a point of particularly hot contention between Israel and the Palestinians and is the target of near-constant vandalism including incidents of arson that severely damaged the site. Joseph is held in high esteem by Islam and his story is told in great detail in the Koran, but according to the Palestinians Joseph is actually buried in the Cave of the Patriarchs in Hebron. Muslims claim the site as the burial place of Sheikh Yousef Dweikat, a local religious figure.

Located in Samaria, the region of Shechem was conquered by Israel in the 1967 Six-Day War. Although the city came under Palestinian Authority jurisdiction as a result of the Oslo Accords in 1995, Joseph’s Tomb remained under Israeli control to ensure access for all religions. In September 1996, the site came under attack and hundreds of Palestinians stormed the tomb. Following multiple incidents of Palestinian violence, the IDF abandoned the site in 2000, and Jews were prohibited from visiting it. Since 2002, Jewish worshipers have only been permitted to visit the burial site of the Biblical patrirch occasionally, and only under strict IDF supervision. These visits are scheduled to take place in the middle of the night and only for two hours at a time to minimize security concerns. 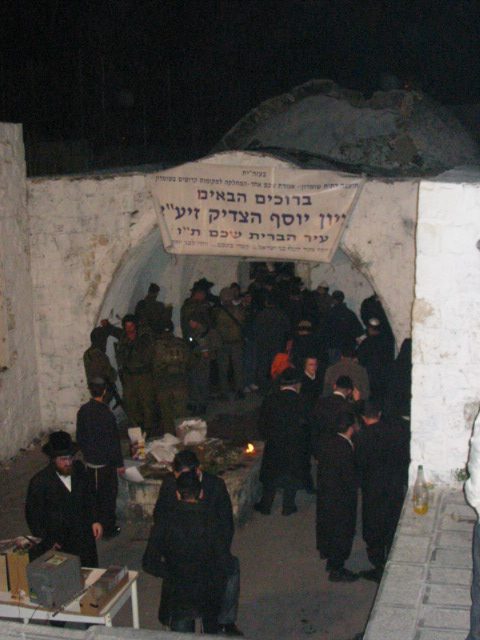