Where are We in the Messianic Process? 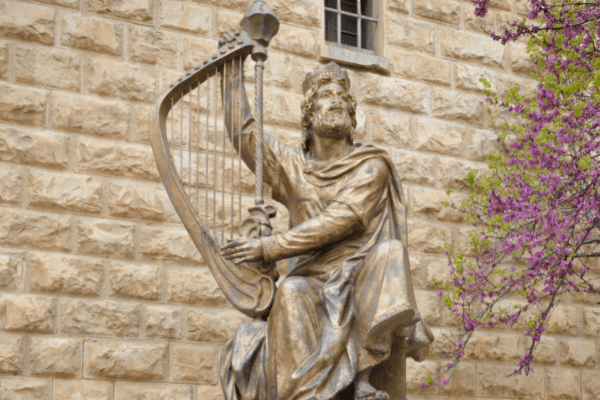 But a shoot shall grow out of the stump of Yishai, A twig shall sprout from his stock.

Many people believe that Judaism is not ‘Messianic’, and that observant Jews are only concerned about performing commandments. But one of the commandments, as enumerated by Maimonides, is to anticipate that the Messiah will arrive at any moment.

Dr. Pinchas Polonsky, a renowned Russian-Israeli philosopher and educator, poses a critical question for our time: where are we in the Messianic process – and what must we do today to bring this process to its conclusion? His answer – in which both Jews and gentiles must play a critical role – may surprise you.

In the early twentieth century, Rabbi Kook identified the secular Zionist movement as the Messiah from the House of Joseph. He explained that the goal of secular Zionism was to establish and then protect a sovereign Jewish nation. This is now the standard view of the Religious Zionist community in Israel.

It is time for Secular Zionism to be replaced

Secular Zionism successfully achieved the nationalist goals of normalization and protecting the Jewish people through the establishment and success of the modern State of Israel. But, Dr. Polonsky noted, according to Rabbi Kook’s two-phase model of messianic philosophy, it is now time for secular Zionism as the modern manifestation of Messiah from the House of Joseph – to “die” and be replaced by Messiah from the House of David.

Dr. Polonsky explained that the stages of the messianic process are patterned after the three Biblical kings (Saul, David, and Solomon).

Oddly, David himself, however, seems to have no place in this two-part messianic scheme. How can this be? Dr. Polonsky argues that there are, in fact, three stages in the Messianic – with King David at the very center of the process.

King Saul sought security and normalization, goals he accomplished by unifying the people and strengthening their hold on the Land of Israel. Spiritual aspirations were not his priority. When the people of Israel asked the prophet Samuel to appoint a king for them, their explicit goals were sovereignty, social stability, and national security.

Since these nationalist goals were his sole intentions, King Saul made no attempt to rebuild the Tabernacle and reestablish a spiritual center built around the Ark of the Covenant.

Dr. Polonsky noted that a similar dynamic can be found in modern Israel, in which the secular state shows respect for Judaism while having little real interest in religion.

King David made spiritual matters an essential component of his policies. For King David, the nation of Israel was the manifestation in this world of Divine Providence, and so the nation’s religious revival and relationship with God took priority. Though God did not allow him to do so, David yearned to build the Temple in Jerusalem, the spiritual center of the people of Israel, and purchased the Temple Mount for this purpose.

Stage Three: King Solomon, Messiah from the House of David, a universal appeal to humanity

By the time King Solomon assumed the throne, Saul had secured the safety and stability of the nation and David had begun a religious revival. This allowed Solomon to take the next step: bringing the belief in God and the Torah to other nations through the Temple in Jerusalem..

With the Temple in Jerusalem serving as a magnetic attraction to non-Jewish leaders all over the world, King Solomon could now bring the teachings of Torah to all of humanity as the final stage of the process, representing the ultimately universal nature of the Messianic process.

Messiah in our generation

But just as King Saul feared that David was coming to replace him, the old Zionist elite is in conflict with the settlement movement and attempting to eliminate it. This is manifested in the attempts of the secular political elite to tear down the settlements of Judea and Samaria. Just as Saul’s pursuit of David was ultimately unsuccessful, so too will this attempt be unsuccessful. At the same time, just as David refused to fight against Saul, the Religious Zionists continue to respect and support the ideals of Herzl’s Zionism.

Dr. Polonsky explained that our place in the Messianic process is to strengthen the settlement movement and continue the religious revival in Israeli society. Like Solomon, we need to make Jerusalem the political and religious center of humanity’s connection to the God of Judaism, so that “all the families of the Earth will be blessed through you” (Genesis 12:3).

Religious Zionists must begin to turn outwards, so that ‘teaching will go out from Zion; and the word of the Lord from Jerusalem’ (Isaiah 2:3), to all the nations of the world. By doing this, the ideals of Judaism will become universal values, and Israel and Jerusalem will become the global spiritual center,” Dr. Polonsky wrote.

“Our preparation should focus on practically increasing Jewish pilgrimage to the Temple Mount, while simultaneously teaching our people that the Temple cannot be only for internal Jewish needs, but must also serve as a link between God and the nations of the world. Recognizing the universal significance of the Temple is a necessary condition for its rebuilding.”

Just as Solomon dedicated the Temple for use by all nations, Jews, Christians, and anyone who believes in the God of Israel, must be included in this final stage of the Jewish Messiah.

Dr. Polonsky was a leading Torah teacher in the Moscow underground and was one of the founders of Machanaim, an organization that assists Russian immigrants in Israel learn more about their Jewish heritage.