Marching to the Messiah: An Invitation from Moses to You 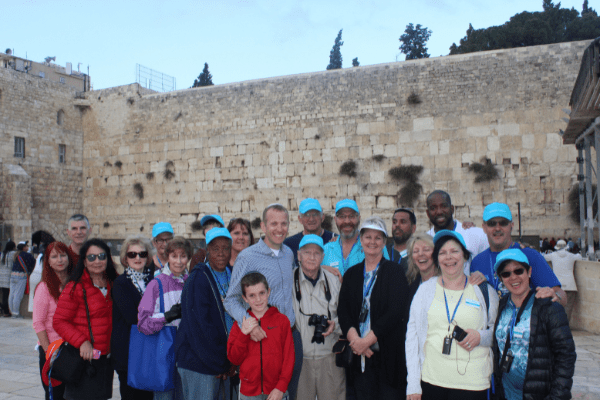 Moshe said to Hobab son of Reuel the Midianite, Moshe' father-in-law, “We are setting out for the place of which Hashem has said, ‘I will give it to you.' Come with us and we will be generous with you; for Hashem has promised to be generous to Yisrael.”

Shortly after I got married I introduced a friend to my mother-in-law. Hearing the loaded term, my mother-in-law flinched, not wanting the title with all of its negative connotations. Noticing her reaction, I reframed my introduction: “this is my mother-in-law, but we get along great!”

It is no secret that parents-in-law and children-in-law don’t always have the best relationships. Yet, in the Torah portion of Beha’alotcha, Moses pleads with his father-in-law, Jethro, to join the Children of Israel on their journey to the Promised Land (Numbers 10:29-32).

Why? Did Moses really want his father-in-law to live with him for the rest of his life? And why does God share this personal story with us in the Bible, for all generations to read?

This exchange between Moses and Jethro was really meant to be understood on two levels. It was an invitation to a family member, the person who took Moses in when he fled from Egypt and who gave him invaluable advice when he visited the nation in the desert. Moses felt close, and perhaps indebted, to Jethro, and wanted him to accompany them to their new land. At the same time, Moses and Jethro were larger than life characters, symbolizing not only themselves but the nations they represented.

According to Rabbi Joseph Soloveitchik, one of the major American Orthodox rabbis of the 20th Century, “[The invitation] was extended to the entire non-Jewish world: Join us! Join us in the promised land – provided that the non-Jew is ready to subject himself to the same Divine discipline as we did.” Rabbi Soloveitchik added, “Any human being was offered the opportunity to join the march to the promised land, the march to the Messianic era.”

Instead, the journey to the promised land was the beginning of the millennia-long journey towards Messianic times on which we are still traveling. But Moses taught us that the journey is not exclusively for the Children of Israel. Rather, it is a journey that the people of Israel and the nations should take together. This is the way to the Messiah.

After thousands of years we are finally heading towards the final redemption and the Messiah. At Israel365, we are echoing the call that Moses made on that first leg of the journey: “Join our triumphal march towards our destiny. It may become your destiny as well.”