The Tragedy of the Death of Gedaliah 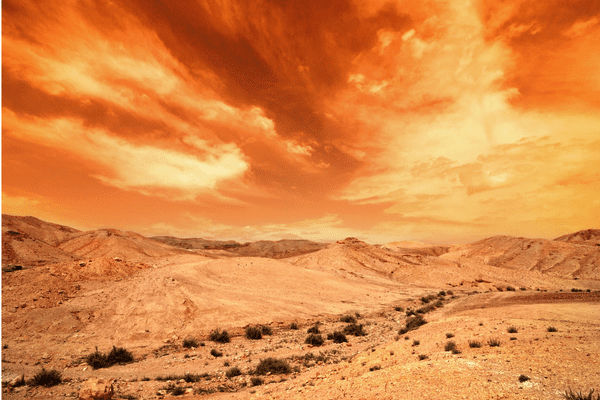 Then Ishmael son of Nethaniah and the ten men who were with him arose and struck down Gedalya son of Achikam son of Shafan with the sword and killed him, because the king of Babylon had put him in charge of the land.

Today, the day after Rosh Hashanah (Hebrew New Year), Jews observe a minor fast day from dawn until dusk. This fast day, known as the Fast of Gedaliah, laments the assassination of a righteous governor of the Kingdom of Judah named Gedaliah.

Though the murder of Gedaliah was undoubtedly a tragedy, there have been countless tragedies throughout Jewish history, some seeming even greater.

Why do we fast specifically for Gedaliah when so many important people have been killed over the years?

Before answering the question of why we fast over the death of Gedaliah, we must first understand who Gedaliah was and how he came to be murdered.

Following the destruction of the First Temple and the fall of King Zedekiah, Gedaliah was appointed governor by Nebuchadnezzar, the king of the Neo-Babylonian Empire, after he conquered Jerusalem and killed or exiled most of its inhabitants. Under Gedaliah, many Jews who had fled to Moab, Ammon, Edom, and other neighboring lands returned to the land of Judah, tended the vineyards given to them by the king of Babylonia, and enjoyed a new respite after their earlier oppression.

The King of Ammon, however, was hostile and envious of the Judean remnant. He sent a Jewish descendant of the royal house, Ishmael son of Nethaniah, and a team of assassins to assassinate Gedaliah. Though Gedaliah was forewarned of the imminent attempt on his life, he did not believe the rumors and when Ishmael arrived in the capital city of Mizpa, Gedaliah received him cordially.

Ishmael murdered Gedaliah together with most of the Jews who had joined him and many Babylonians whom the Babylonian King had left with Gedaliah on the day after Rosh Hashanah. The remaining Jews feared the vengeance of the Babylonian King and fled to Egypt. The surviving remnant of Jews was thus dispersed and the land remained desolate.

This is tragic indeed but we are still left wondering, what made the death of Gedaliah so tragic that a fast day was established to commemorate the event?

Other scholars believe the immensity of the tragedy lay in the fact that one Jew murdered another. This is a tragedy that was repeated in our generation when Yigal Amir assassinated Israeli Prime Minister Yitzchak Rabin in 1995.

Another perspective was offered by Rabbi Daniel Glatstein, the spiritual leader of the community of Kehilas Ahavas Yisroel in Queens, New York. Rabbi Glatstein noted that the murder was planned in advance but was carried out the day after Rosh Hashanah (the Hebrew New Year). This means that Ishmael went through Rosh Hashana and came out still intending to murder. Rosh Hashanah is the day established by God to be the ultimate reset. On Rosh Hashana we reaffirm that God is our King and we reflect on our previous year. We stand in judgment, thinking about how we have been in the past and ways to improve for the future. A person should not be able to go through Rosh Hashanah and emerge unchanged, still devoted to continuing in his evil ways. Had Ishmael experienced Rosh Hashanah properly, this major historical event would not have taken place!

The assassination was an attack on an individual that affected the entire nation. But it was also an affront to the essence of God’s holy day. We fast the day after Rosh Hashanah to remind us that the essence of the day, God’s gift of a second chance, was damaged. And we fast to remember that we should should not repeat Ishmael’s mistake and emerge from this time period unchanged.

The concept of a second chance is at the heart of Judaism. Jews begin to repent at the beginning of the month of Elul, the month preceding Rosh Hashanah. And the ten days between Rosh Hashanah and Yom Kippur are an intensified period of teshuva (repentance, or return).  We spend this time reflecting on our lives and our past deeds, resolving to commit ourselves to become better people and getting closer to God. The murder of Gedaliah was a horrifying example of this process being cast aside. If we don’t take advantage of this opportunity, if teshuva is entirely ignored, it is a real tragedy.