Forget Your Past – For Now 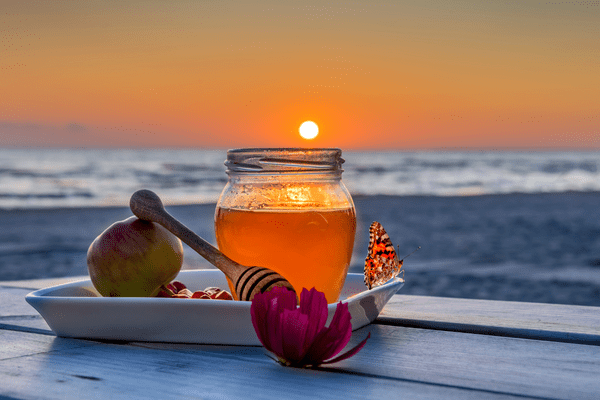 Take to heart these instructions with which I charge you this day.

Fifteen years ago, when I was working as a corporate attorney in New Jersey, I joined a volunteer program in which lawyers helped Holocaust survivors fill out incredibly long and detailed applications for Holocaust reparations from Germany. Though this was more than sixty years after the Holocaust had ended, Germany had only recently introduced a new reparations program for survivors who had been in certain ghettos. The application for these funds was incredibly long and complex, and so my job was to sit with the survivors, listen to their stories and then help them fill out the application.

It was a powerful experience, sitting with each of these survivors and hearing them tell their painful stories at length. I had to ask many specific questions, and do my best to get the survivors to say the right things so that they would qualify for the reparations payments. I would ask questions like “Are you sure you never spent time in the Łódź ghetto? You must have spent at least a night or two there…”  If we had to slightly stretch the truth to get them money from the Germans, so be it!

I remember meeting a survivor, Helen, who came to the clinic with her daughter. Her daughter explained to me that though she had always known her mother was a survivor, her mother never spoke about her experiences. It was only now – this was 2008! – that Helen was finally opening up about her story. Helen’s daughter came to the clinic with pages and pages of notes she had written over the last few weeks – stories her mother had shared for the first time, more than 60 years after the Holocaust!

I was very curious as to why Helen had only now decided to speak about her story, but I felt it was inappropriate to ask. But then Helen herself explained; I think she felt, for some reason, that she had to justify her silence for all those years. She said: “After the war, I didn’t know what to do; I didn’t know where I would go. There was so much uncertainty!  And even when I came to America, and met my husband and had children – still, we had very little. We were trying to make a life for ourselves here.  Who could think about the past? The present was hard enough!  But now, things are different; life is mostly behind me now. Now I can finally talk about what happened…”

Helen, of course, was not alone. So many survivors remained silent for decades – they didn’t even speak to their spouses and children about what happened! – before finally opening up about their stories.  A flood of new Holocaust memoirs came out in the 1980s and 90s; finally, after years of silence, many survivors were ready to talk.

The reason it took them so long to open up has much to teach us about the holiday of Rosh Hashana, the Hebrew New Year, which begins today.

Many survivors intuitively understood that their first priority, before anything else, was to secure a future for themselves. They were alone and had very little. Who had the luxury of looking back? The danger of being paralyzed by grief was too great!  And so they put the past into a box, and looked forward.

It was only once they had built new lives for themselves, when they finally felt secure, that they could begin to grapple with their past. Only after they built new lives could they permit themselves to remember the terror and destruction of their experiences in the Holocaust.

Today, Rosh Hashana, is the first day of the Ten Days of Repentance that will culminate next week with the holiday of Yom Kippur (Day of Atonement). But even though Jews spend most of this day praying in synagogue, the prayers make almost no mention of our sins. On Rosh Hashana, we don’t talk about or confess our sins and we don’t apologize.

Why do we begin the Ten Days of Repentance by completely ignoring our past mistakes?

As Helen and other survivors understood, to mend the past, you must first ignore the past and create a new future! On the first day of the new year, we are not yet ready to look backwards, to grapple with our brokenness and with all that we did not accomplish. Before we can look backwards, we must first look forwards and remember that it’s possible to begin again!

In the book of Deuteronomy, Moses commands the people of Israel: “Take to heart these instructions with which I charge you this day.” (Deuteronomy 6:6, The Israel Bible p. 454)

Why does Moses say that the Bible’s commandments are being given to the people “this day”? This was 38 years after the people received the Bible at Mount Sinai!

The commentators explain that Moses is sharing a critically important teaching – that those who wish to serve God must always be willing to start anew! Don’t think about who you were yesterday; ignore the way you lived in the past!  Lock your past away for another day, and begin again – right now!

There is, of course, a time and place for reflection and repentance. But today, on the Hebrew New Year, we must turn the page on our past and begin anew!

May God strengthen and exalt us on this holy day, and may He help each and every one of us, wherever we are on life’s journey, believe that we can begin again!