The Month of Return 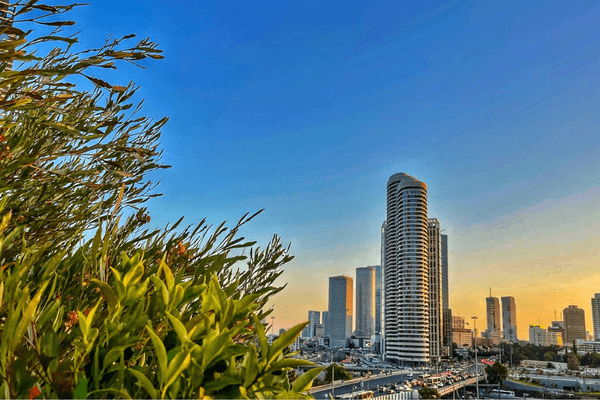 I am my beloved's And my beloved is mine; He browses among the lilies.

Anticipation and preparation are two words I have always had difficulty with. In Yeshiva (Jewish school for Torah learning), my rabbi called me “do-ish.” I have a tendency to jump right in and figure things out as I go along.

Objectively speaking, the Jewish calendar is poorly designed. Rather than spread the holidays out evenly throughout the year, they tend to be clumped together. My rabbi used to joke that you have to be half-crazy to be an observant Jew and if you weren’t already there, the high holidays would take you all the way. Rosh Hashana (the Jewish New Year), which begins on the first of the Hebrew month of Tishrei, is intense. Ten days later we get hit with Yom Kippur (the Day of Atonement). And literally as soon as Yom Kippur ends, Jews rush outside and begin building their sukkoth (booths for the Feast of Tabernacles).

Tishrei is an intense month of repentance and closeness to God. But it doesn’t begin in Tishrei. Already 30 days prior, at the beginning of the preceding month known as Elul, we start the process of repentance. Starting on the first of the month, we blow the shofar (ram’s horn) at the end of the morning prayer service as a wake-up call to repent, and we add psalms 27 at the end of the morning and evening services.

When I was a line cook, I would take hundreds of return trips to the refrigerator and pantry for ingredients or equipment. I got to be fast, making that trip to the back of the kitchen at breakneck speed that few could match. Then I went to work for David Waltuck, one of the top chefs in Manhattan. At first, I didn’t understand how David was such a good chef. He never yelled and never ever ran. Food seemed to magically appear on the plate, perfectly prepared. One day, after a particularly hectic dinner service, David handed me a prep list and my life changed. It didn’t get easier, but instead of running around during dinner service, I ran around before the service. Instead of being frantic for three hours when the waiters were screaming for their food, I was frantic for two hours beforehand.

It may not seem like much of a tradeoff, but the difference was that my cooking was more thoughtful when I had all the preparations done beforehand. I had the time and the peace of mind to pay attention to what was going on the plate and to make adjustments. Part of me objected to David’s method. It seemed antithetical to the magical process of being in the moment, watching as all the elements coalesced in that instant, appearing on the plate as a spontaneous creation. But his method worked more consistently and made me a better chef.

As noted above, Rosh Hashanah and Yom Kippur represent a process of teshuva, of return to God, that takes up a large portion of the Hebrew month of Tishrei. But the preparation for that intense period begins in the preceding month of Elul.  By the end of the month, we are supposed to have achieved something resembling spiritual reconciliation with our Creator. This would, of course, be inconceivable were it not for the prep list. Rosh Hashana marks the beginning of the month of Tishrei. But jumping into Tishrei without any preparation is a recipe for an impossibly hectic Yom Kippur. Therefore, Judaism has a built-in month-long prep period that is the secret to perfectly prepared teshuva.

Jewish tradition teaches that Elul is an acronym for “Ani L’Dodi v’Dodi li” (I am my beloved’s And my beloved is mine), a verse from Song of Songs (6:3). The verse describes the meeting between God and Israel as a meeting between two lovers. Every romance requires spontaneity, a magical space created in the moment that cannot be duplicated. But even spontaneity requires a bit of preparation. As a man, this is a bit difficult for me to understand, but watching my wife prepare for a quick ‘spontaneous’ date has taught me that spontaneity takes time and preparation as well.

The same is true of relating to God. The best prayers are the ones that don’t go exactly as planned. They represent a true meeting with the Divine, a dialogue with both sides saying what is on its mind.

But this takes preparation. I usually spend the month of Elul preparing my talking points, thinking about the case I will make before God in my defense on Yom Kippur. Rosh Hashanah is the day to remember the past year and coronate God as King. Yom Kippur we stand in judgement before God and confess our sins. But for me, that begins in Elul. The most intense Rosh Hashanah prayer I ever had was the year that I carried a notebook around in Elul, writing down all the events of the previous year. That Rosh Hashanah was a bit less hectic and a bit more orderly. I missed the intensity of scouring my mind at the last minute, desperately trying to remember one more time I gave charity, one more mitzvah that I might have forgotten that I could use in my defense. But the month of preparation gave me the space and the peace of mind to meditate on how much my journey toward God had advanced in the past year, how much it added to my life and how I was going to improve even more in the year ahead.