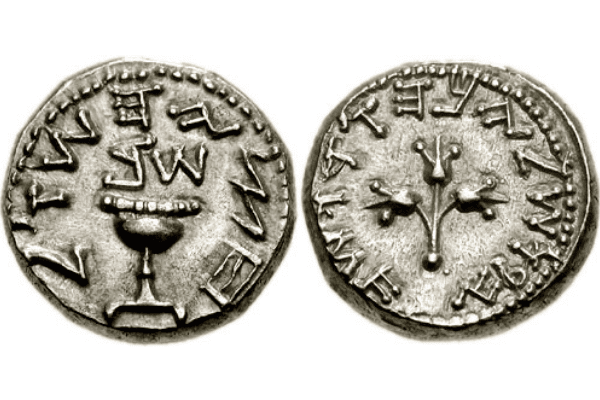 This is what everyone who is entered in the records shall pay: a half-shekel by the sanctuary weight—twenty giera to the shekel —a half- shekel as an offering to Hashem.

In the beginning of the Torah portion of Ki Tisa (Exodus 30:11-34:35), God commands the Children of Israel to take a census by collecting a silver half-shekel from every male over the age of 20.

Every year, each Jewish male over the age of 20 was obligated to give a compulsory donation of half of a shekel (Exodus 30:15). Regardless of status or wealth, the same amount was given by each man. Since it is forbidden by Torah law to actually count Jews, counting the coins took the place of a national census. The half-shekels that were collected were used as a form of tax to support the Jewish Temple.

The nation of Israel continued to observe the commandment even after the First Temple was destroyed, until it was outlawed by Roman Emperor Hadrian in the year 135 CE. Even Jews who lived outside of Israel continued to donate the half-shekel, despite the Roman Senate forbidding the export of gold and silver.

The half-shekel was described by Rabbi Moshe ben Maimon, a renowned Torah scholar from the Middle Ages more famously known as the Rambam, as being equal to 160 grains of barley, which, in modern measurements, would be approximately eight grams of silver. 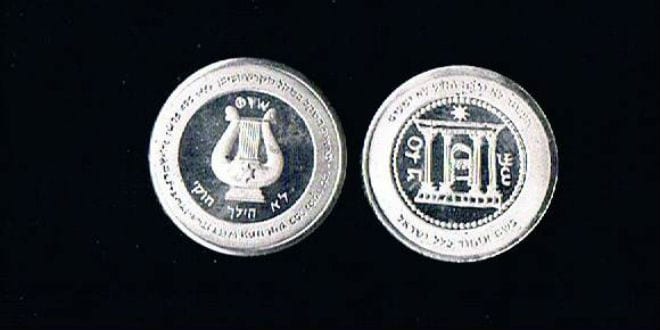 In Temple times, the nation began to give the half-shekel on the first day of the Hebrew month of Adar at collection tables around the country. There could be no affiliation between those selling the coin and those collecting them. Once the coins were collected, they obtained the status of hekdesh (sanctified for holy use) and could no longer be used for any profane purpose. From the large pile of silver coins, nine baskets were set aside for trumat halishkah (donations for the Temple service), which was used to fund the Temple service. In addition to funding the Temple service, the communal donation of funds was also required in order for public offerings, purchased with these funds, to be considered communal.

The remainder of the money, called shearei halishkah (remainder of the office), was used to prepare Jerusalem for the three yearly festivals during which all of Israel is commanded to make a pilgrimage. The distribution and allocation of the coins was done three times a year, just before each of the festivals.

When you take a census of B’nei Yisrael according to their enrollment, each shall pay Hashem a ransom for himself on being enrolled, that no plague may come upon them through their being enrolled. Exodus 30:12

King David forgot this prohibition and counted the Jews directly, resulting in a plague that killed some 70,000 Jews.

And David built there a mizbayach to Hashem and sacrificed burnt offerings and offerings of well-being. Hashem responded to the plea for the land, and the plague against Yisrael was checked. II Samuel 24:25

Despite having once been quite numerous, archaeologists have found very few of these coins. In 2008, the Israel Antiquities Authority found a silver half-shekel while digging around the City of David. Archaeologist Eli Shukron suggested how the coin arrived at that spot.

“Just like today,” he said, “when coins sometimes fall from our pockets and roll into drainage openings at the side of the street, that’s how it was some two thousand years ago – a man was on his way to the Temple and the shekel which he intended to use for paying the half-shekel head-tax found its way into the drainage channel.”