The Status of the Menstruant Woman 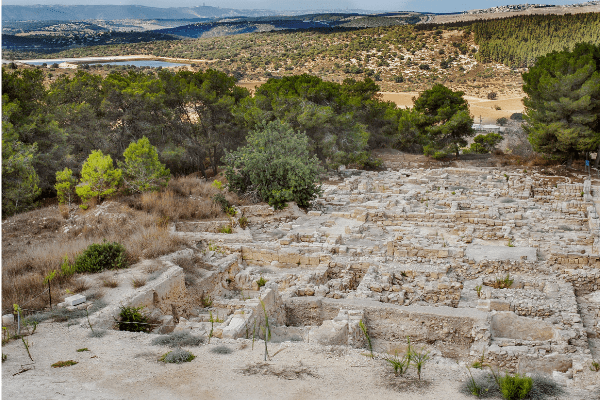 When a woman has a discharge, her discharge being blood from her body, she shall remain in her impurity seven days; whoever touches her shall be unclean until evening.

When a woman has her menstrual period she becomes ritually impure. The Torah laws concerning this (referred to as the laws of niddah) are the basis of family purity, one of the most important aspects of the Jews status as a holy nation.

This Torah portion of Metzora (Leviticus 14:1–15:33) describes different types of impurities. Some, like tzaraat, are maladies that afflict the body or belongings. There are other states of impurity that are only relevant to women, such as childbirth. The Torah also states that a woman who has a bloody discharge is rendered impure.

Niddah has the general meaning of “expulsion” and “elimination”. When a woman has a discharge, her husband must distance himself, i.e. not have relations with her. The laws pertaining to niddah are complex and it is highly recommended that a rabbi is consulted.  Jewish brides and grooms traditionally study the laws that govern Jewish marriage with specially trained teachers who guide them through this cornerstone of Jewish life. This article is intended as a general introduction to a very complex subject.

One note before describing the many details related to this subject: Observing the laws of niddah sets boundaries within the marriage. For some, this can be difficult. But most couples find that it is a hugely positive experience, adding a dynamic to their relationship intended to sanctify their love. Hence its Hebrew title of taharat hamishpacha, family purity. Just as the Kohen Gadol (High Priest) may only enter the Holy of Holies at specific times and after intense preparation, a husband must treat his wife in holiness as they are manifesting the highest form of love.

In rabbinic literature, a woman’s womb is sometimes referred to as makor, the source. The rabbis explain that this is because the source of the sanctity of Israel and our unique characteristic that has kept us connected to God throughout the ages originates from the purity of the women.

The general rule which applies is that a woman is clean from the standpoint of the Torah until she feels uterine blood discharge from its source within her body. Although the Torah (Leviticus 15:25–28) explicitly instructs women to count seven days of cleanness when they have seen irregular blood sightings, the Sages have required all women who have experienced even their regular menstrual emission to count seven days of cleanliness before they can be purified. They establish that they have stopped bleeding through an internal self-examination before sundown of the day before the seven clean days begin. This self-examination is called the hefsek tahara, a pause to initiate purity.

Leviticus specifies that a menstruating woman must “separate” for seven days (Leviticus 15:19). Any object she sits on or lies upon during this period becomes a carrier of impurity. One who comes into contact with her, or any of these things which she has touched, during her period of impurity becomes ritually impure (Leviticus 15:19–23). In addition, a man who has sexual relations with her is rendered ritually impure for seven days—as opposed to one day of impurity for coming into contact with her or her bedding (Leviticus 15:24). In the absence of the Temple, this aspect of niddah has no practical application in modern times.

Leviticus further prohibits sexual intercourse with a woman who is in her niddah state. “And to a woman in her niddah impurity you should not come close reveal her nudity” (Leviticus 18:19).The Torah concludes by imposing the punishment of karet on both the man and the woman if the prohibition is violated (Leviticus 20:18). This prohibition of physical relations with the niddah is considered in full effect and mandatory for all children of Israel to this day.

According to rabbinical law, a woman becomes a niddah when she is aware that blood has come from her womb, whether it is due to menstruation, childbirth, sexually transmitted disease, or other reasons. If menstruation began before she sees evidence of it, the rabbinic regulations regard her as not being niddah until she notices. Until this point, the regulations do not come into force.

According to the Torah, the niddah period is 7 days; however, in Ashkenazi communities, the Rabbis added a stringency increasing the minimum duration period to 12 days.  After this seven-day period, the woman may immerse in the mikveh immediately and leave her niddah status. 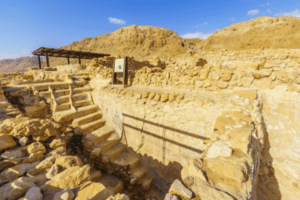 Remains of a ritual bath found at Qumran (Shutterstock.com)

All physical contact in an affectionate or lustful manner is rabbinically forbidden when a woman is in her niddah status. Such contact is forbidden whether or not the man and woman are husband and wife. In the case of husband and wife, however, the sages added extra restrictions, including touch that is not in an affectionate or lustful manner, passing of objects even without touching, and sleeping in the same bed; these restrictions are to avoid the risk of leading to sexual contact.

Out of modesty, many Jews follow a custom of keeping their times of niddah secret from the general public.