Tzaraat of the Home: A Punishment and a Blessing 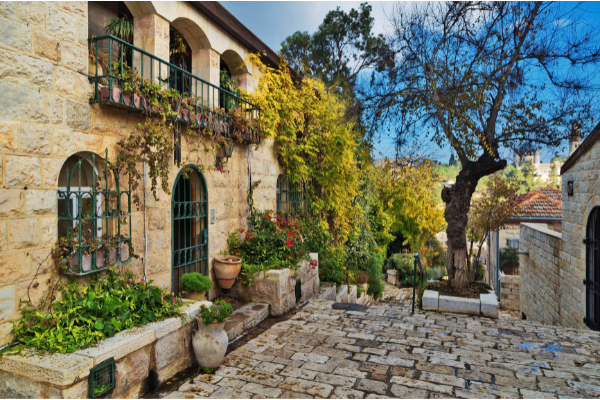 When you enter the land of Canaan that I give you as a possession, and I inflict an eruptive plague upon a house in the land you possess,

The Midrash teaches that since God placed the affliction on the house as a blessing. Vayikra Rabba (17:6) relates that when the Canaanites heard that the Jews were coming to conquer the land, they hid their wealth inside their houses and in their fields. God said, “I promised their fathers’ that I would bring their children into a land filled with every good thing,” as the verse states (Deuteronomy 6:11) ‘And houses filled with every good thing.’ Therefore, continues the Midrash, what does God do? He brings leprous marks on the house. When the Israelites removed the afflicted stones from their homes, they discovered the treasures that the Canaanites had hidden within the walls. 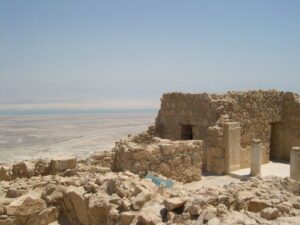 Ruins overlooking the Dead Sea. Homes like this could be afflicted with tzaraat during Biblical times. [Photo: Wiki Commons]

In this case, the punishment is especially fitting and is part of the cure. If a person refuses to lend objects to their neighbors with the excuse that they do not own such an object, their lie is revealed after they are forced to remove all their belongings and arrange them outside after the arrival of the priest. If they have stolen or refrained from returning a borrowed object, this will also be revealed in the same manner.

The Rambam teaches that tzaraat of the home is the first step in a chain of gradually intensifying punishments for speaking slander.

This affliction coming as a result of sin is hinted at by the Prophet Habakkuk:

You have plotted shame for your own house, And guilt for yourself; For a stone shall cry out from the wall, And a rafter shall answer it from the woodwork. Ah, you who have built a town with crime, And established a city with infamy, Habakkuk 2:10-12

This idea of the Land of Israel having a special sanctity and therefore therefore a higher standard is reflected in Rashi’s commentary on the verse:

So let not the land spew you out for defiling it, as it spewed out the nation that came before you. Leviticus 18:28

Rashi wrote, “This is comparable to a prince … So, too, Eretz Yisrael does not tolerate sinners.”