The Land of Goshen, Where Israel Became a Nation 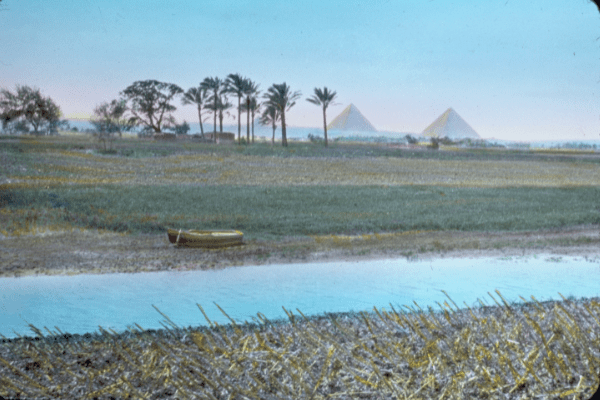 You will dwell in the region of Goshen, where you will be near me—you and your children and your grandchildren, your flocks and herds, and all that is yours.

When the house of Jacob went to Egypt, they were given the land of Goshen to settle (Genesis 45:10). The Children of Israel settled in Goshen for 430 years, growing from a clan of 70 into a great nation of 600,000. The Bible notes that the land of Goshen was fertile and suited for flocks and livestock (Genesis 47:6). Scholars believe it was in the northeast of Egypt in the delta region. Joseph, in fact, advises his brothers to tell Pharaoh that they are shepherds in order that he settle them in Goshen, since shepherds were abhorrent to Egyptians (Genesis 46:34).

Not only did living in the land of Goshen set the Hebrews apart from the Egyptians, but it also kept them close to Joseph, their powerful patron (Genesis 45:10). This implies that Goshen was close to the centers of the Egyptian government. This is further indicated by the discovery of baby Moses by Pharaoh’s daughter floating near the palace.

It is also significant that the region of Goshen is also referred to as Rameses (Genesis 47:11). Rameses was one of the two garrison cities the Hebrews built for Pharaoh (Exodus 1:11).

Goshen was set apart and spared when the plagues struck Egypt (Exodus 8:18). 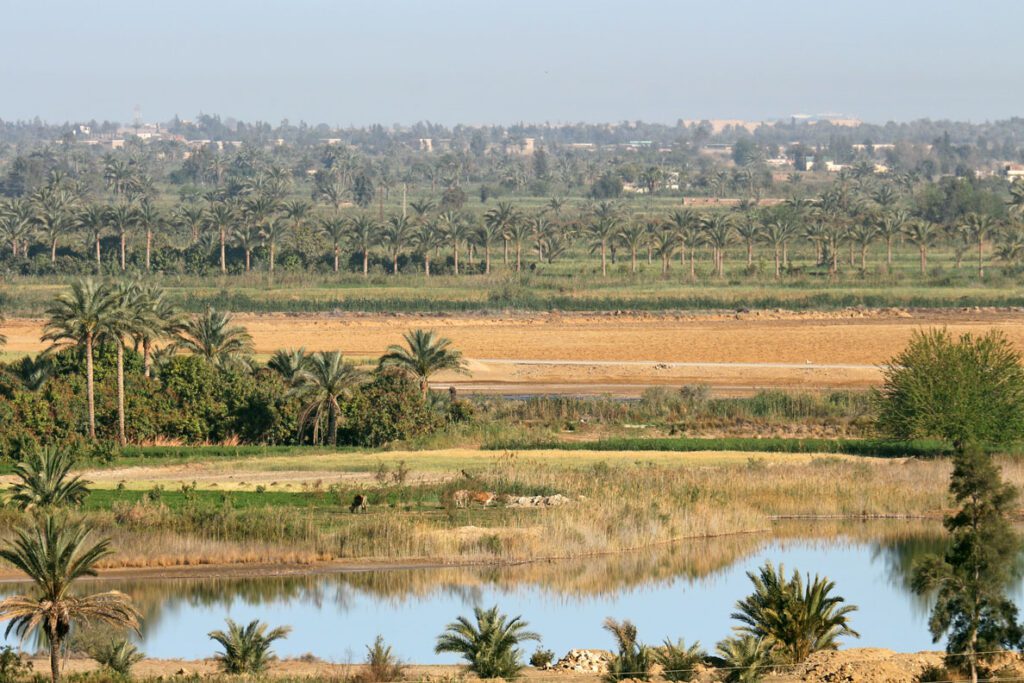 Goshen is also mentioned in the Book of Joshua as a city in Israel (Joshua 10:41, 11:16, 15:51). For this reason, in his atlas of the borders of the land of Israel, Rabbi Yisrael Ariel cited the Baalei Tosafot, a group of medieval Ashkenazi commentators, and Rabbi David Kimhi, the 12th-century French commentator also known by the Hebrew acronym as the RaDaK. These opinions claim that the Book of Joshua is referring to the Egyptian region and that it is, therefore, included within the borders of the land of Israel, stretching the territory of the tribe of Judah to the point where it reaches the Nile Delta.

Some archeologists believe that Avaris, the site believed to have been the Hyksos capital of Egypt, was Biblical Goshen. Manfred Bietak, the chief archeologist at the site, discovered proof of shepherding, an unusual practice in Egypt, among the remains of Avaris. He estimated that the city had a population of 30,000. Even more astounding was his discovery of a palace built around 12 pillars with royal trappings. In the land adjacent to the palace were 12 impressive burial crypts. The most elegant crypt was a small pyramid containing an unusually large statue with skin painted yellow, red hair, and a multi-colored robe. Most intriguing was the fact that the crypt contained no human remains. This corresponds to the Biblical account of Joseph’s bones being carried back to Israel when the Jews left Egypt.

Another remaining hint of the sojourn of the Hebrews in Egypt is a canal called the Bahr Yussef, which connects the Nile River with the ancient city of Fayyum. Still used to this day, the name Bahr Yussef means ‘the waterway of Joseph’.

According to Bill Cooper in his book The Authenticity of the Book of Genesis:

It is a lush and fertile area, famed for its ‘gardens, oranges, mandarins, peaches, olives, pomegranates and grapes’. It has been like this for well over 3,000 years, and owes its lush fertility to a 200 mile-long canal which still conveys to it the waters of the Nile in a constant year-round flow. It is an astonishing feat of engineering which to this day is known throughout Egypt as the ‘Bahr Yusuf’ – the Joseph Canal. This has always been its name. Moreover, the people of Egypt are perfectly happy to tell you that it was built by the Joseph of the Bible who once was Pharaoh’s ‘Grand Vizier.’

In ancient times, it was referred to as the Mer-Wer (the Great Canal). The project was constructed during the time of the Pharaoh, Amenemhat III, who was also referred to as Moeris (similar to Mer-Wer). A natural tributary of the Nile River, it accepted the overflow from the Nile when flooding was high, creating a lake.