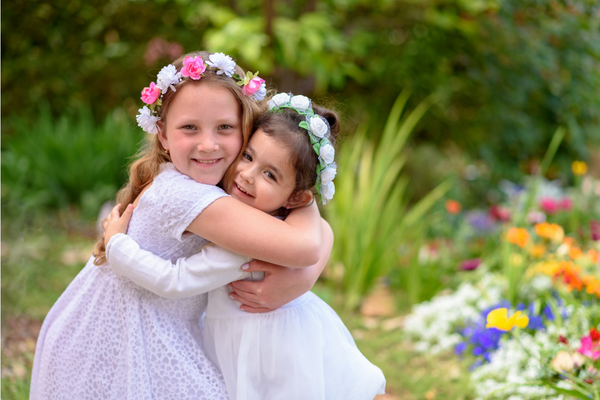 Laban said, “It is not the practice in our place to marry off the younger before the older.

I once went to a distant town and needed to stay at a hotel. I found one possible location and entered. I approached the front desk and asked the clerk, “How much does it cost to stay here for the night.”

He smiled and answered, “Oh, we have a special deal for you. It only costs ten dollars to stay here for the night.”

I was stunned. The price was shockingly low. “Really?” I asked. “In that case, I would like a room for the night. I have a meeting right now so could you put my luggage in the room for me and I will be back in one hour?”

“Of course,” he said and I handed him ten dollars. My business meeting went well, and I returned to the hotel. The clerk seemed happy to see me and led me up the stairs and to my room. But when we arrived at the locked door, he stood there smiling at me.

“Of course,” he answered.

“May I please have the key?” I asked.

“Aaaah,” he declared. “You want the key? But you did not pay for the key. You only paid ten dollars for the room and it is yours. The key, however, will cost you one hundred dollars.”

This parable sheds light on a story in this week’s Torah portion, the portion of Vayeitzei (Genesis 28:10–32:3).

Jacob was no stranger to deception. He tricked Esau into selling his birthright and his mother, Rebecca, directed him to deceive his father as well. But when Jacob went to Laban’s house in Haran, he encountered the master trickster.

After running to escape the wrath of his brother Esau, Jacob found himself at his uncle’s house in Haran. Laban welcomed Jacob into his home, gave him a job and offered to pay him for his service. In response, Jacob offered to work for seven years in exchange for marrying Laban’s daughter.

Jacob made it perfectly clear which sister he wanted to marry:

“I will serve you seven years for your younger daughter Rachel.” Genesis 29:18

With the terms being laid out explicitly, Laban had no wiggle room to change the deal after he agreed to it. Following seven years of labor, Rachel should have been given to Jacob as a wife. But when seven years past and the time came for Jacob to marry Rachel, Laban tricked Jacob and gave him Leah instead.

How was Laban able to switch the brides? Was this not a breach of contract and the ultimate deceit?

Laban did not renege on the deal. But he explained that there were conditions to the deal that had not been stated explicitly at the outset:

“It is not the practice in our place to marry off the younger before the older. Genesis 29:26

Like the innkeeper in our opening story, Laban was explaining that the ‘key’ to marrying the younger daughter was through marrying the older daughter.

Jewish marriage is a two-stage process. The first stage, called kiddushin, is a legally binding betrothal. This is established in one of three methods; money, marital relations, or a contractual agreement. After kiddushin, the man and woman are husband and wife. The bride is now forbidden to any other man and, after this point, if they decide to part ways a get (Jewish bill of divorce) would be required. However, the bride and groom are not permitted to live together as husband and wife until the second stage, called the nisu’in, is completed.

Then Yaakov said to Laban, “Give me my wife, for my time is fulfilled, that I may cohabit with her.” Genesis 29:21