The Ideal Quality in a Leader… Arranging Benches? 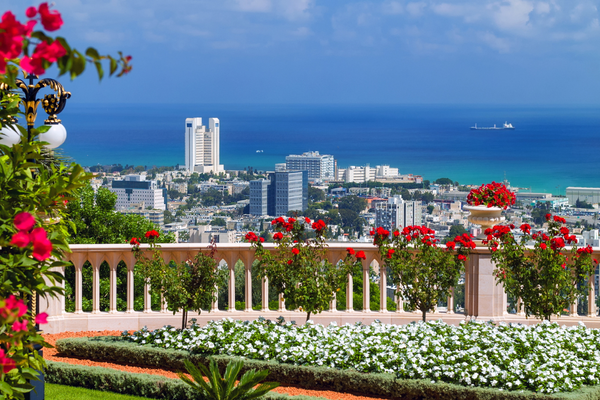 Then Moshe called Yehoshua and said to him in the sight of all Yisrael: “Be strong and resolute, for it is you who shall go with this people into the land that Hashem swore to their fathers to give them, and it is you who shall apportion it to them.

The world is going through a crisis in leadership. So many countries are struggling with essential issues. Israel is about to go to the polls for the fifth time in three years. Great Britain just lost Queen Elizabeth who, until her death, was the longest ruling monarch in the nation’s history. Coups and invasions, the likes of which haven’t been seen since before World War II, are returning. Major countries, even the US, are being challenged with a lack of trust in the government.

Transitions in leadership are critical times that can bring nations down. A powerful leader can suddenly be replaced by one who cannot hold the nation together.

So much of the Torah describes the period in which the Jews were under the guidance of Moses, who is referred to in Jewish mysticism as ‘the faithful shepherd’. Under Moses, the Children of Israel were transformed from slaves living in exile into an organized nation about to conquer their own land. Moses acted as the conduit to transmit God’s word to the Jews.

Replacing such a leader seems daunting.

What trait made Joshua Moses’ clear successor? The Midrash (Yalkut Shimoni) says that Joshua was chosen to succeed Moses because of his loyalty. The Midrash explains in detail:

“You know how much Yehoshua has served you and respected you, that he would arise early and remain late in your place of meeting, arranging the benches and spreading out the mats.”

Though this imagery is touching, it paints a picture of Joshua as a loyal servant and not as a dynamic leader. Why did this make Joshua worthy of leadership?

Rabbi David Silverberg suggested that the Midrash was emphasizing Joshua’s humility, a trait that was so powerful in Moses. But humility can also be a hurdle to leadership. The aramaic translation to the Bible, Targum Yonatan Ben Uziel (Numbers 13:16), commented that Moses prayed for Joshua before he departed with the spies because he feared that his humility made him vulnerable to the negative influence of the other spies.

Rabbi Ronen Neuwirth, a spiritual leader in Ranana Israel, suggested a different interpretation of the Midrash. Rabbi Neuwirth noted that by arranging the mats and benches, Joshua was displaying a concern for practical details. It took a lofty soul like Moses to connect heaven and earth at Sinai. But leading the Jews into war and settling the land would require a different type of leader, one who made detailed lists and made sure that practical tasks were taken care of.

After standing strong against the other ten spies, it was clear that Joshua understood the primary importance of the Land of Israel and had an unshakable belief in God. It was also clear that he had the inner strength to remain true to those values. And, as the Midrash implied, Joshua appreciated the central role that Torah study and practice must take.

But Joshua was clearly not just a theoretician or an ideologue. He was able to balance both lofty spiritual pursuits, as well as the practical and mundane ones that are required for the spiritual pursuits be successful.

This is a lesson for us to take to heart. While it is important to focus on spirituality and godliness, we must not get lost in loftiness of these pursuits and goals. We must be careful to maintain the balance of Joshua in our own lives as well.