The Four Cups of Wine 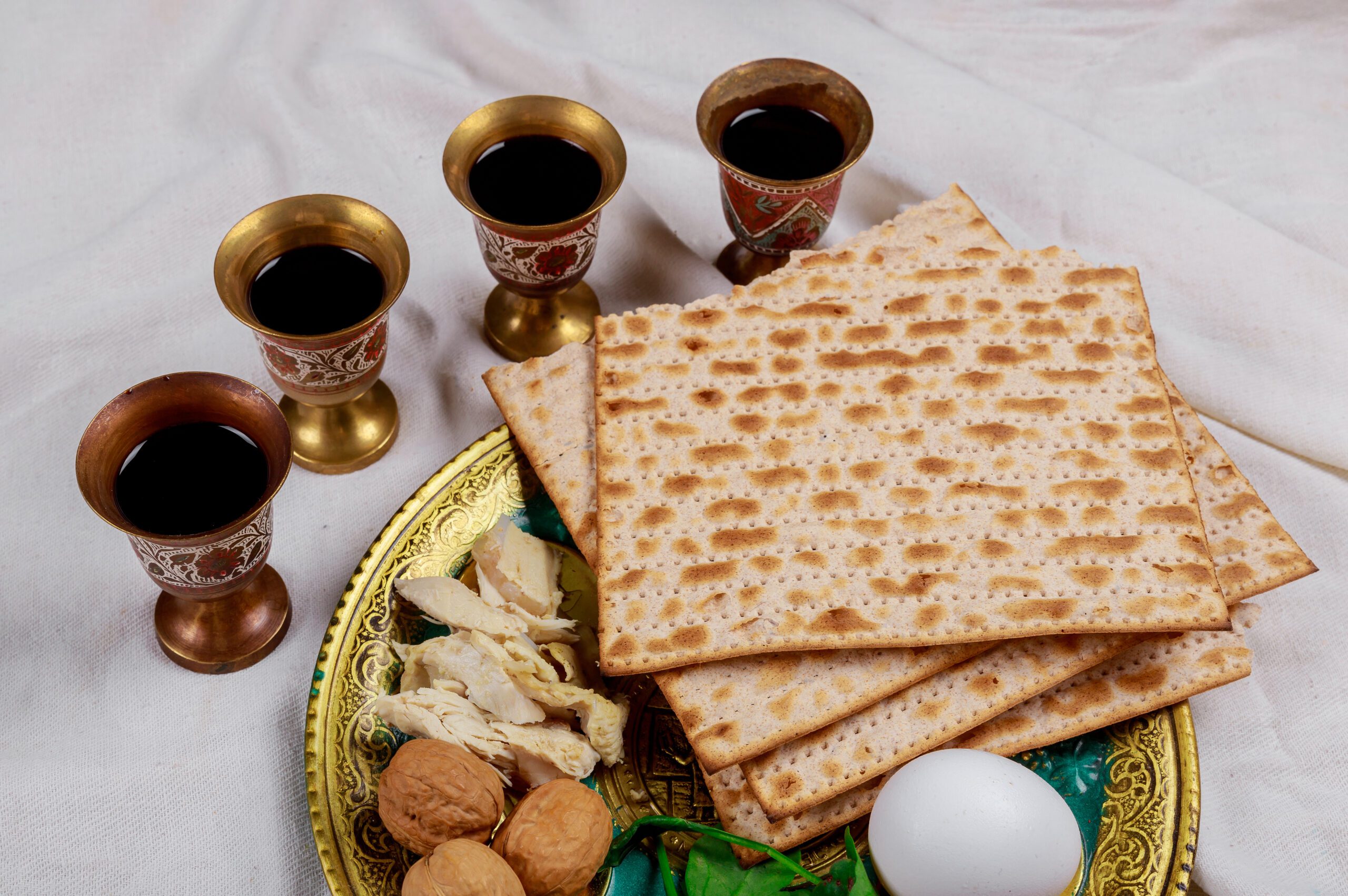 I will bring you into the land which I swore to give to Avraham, Yitzchak, and Yaakov, and I will give it to you for a possession, I Hashem.”

At the Passover Seder, Jews are obligated to drink four cups of wine while leaning to the left. The Mishnah (Pesachim 10:1) states that even the poor are obliged to drink the four cups. Each cup is imbibed at a specific point in the Seder. The first is for Kiddush (קידוש), sanctifying the day over wine, the second is for ‘Maggid’ (מגיד), when the story of the Exodus is told, the third is for Birkat Hamazon (ברכת המזון), the Grace After Meals and the fourth is for Hallel (הלל), or songs of praise.

There are several explanations of possible sources for this custom.

One suggestion is that the four cups of wine are from the story told in Genesis (chapter 40) about Pharaoh’s butler in prison with Joseph which mentions the word “cup” four times. The Midrash suggests that these cups alluded to the liberation of the Israelites from Pharaoh’s rule.

The four cups of joy drunk at the Seder are a tikkun (fixing) for the four evil decrees by Pharaoh that the Israelites were liberated from. These included slavery, the murder of all newborn males, the drowning of all Israelite boys in the Nile and the order for the Israelites to collect their own straw to make bricks.

Similarly, the four cups of wine represent the four exiles that the Jews have suffered: Egyptian, Babylonian, Greek, and the current exile that is coming to an end.

Later, in the Book of Exodus (6:6-7), the Torah describes four types of redemption:

God promises that he will free the Jews, take the Jews out, rescue them, and take them to be His people. According to many, the four cups of wine at the Seder symbolize these four steps of the redemption from Egypt.

The Vilna Gaon relates the Four Cups to four worlds: this world, the Messianic age, the world at the revival of the dead, and the world to come.

Another possible explanation is that in the Haggadah, Jews read about the forefathers Abraham, Isaac, Jacob, and Jacob’s son Joseph, but the matriarchs do not appear in the narrative. This view suggests that because of this, each cup of wine represents one of the matriarchs: Sarah, Rebecca, Rachel, and Leah.

The Israel Bible explains the custom, noting the possibility of a fifth cup:

Four cups of wine are drunk at the Passover Seder, corresponding to the four expressions of redemption used in the verses to describe the exodus from Egypt: “Free,” “deliver,” “redeem,” and “take” (Exodus 6:6-7). A close reading of this chapter, however, uncovers that there is a fifth expression, “I will bring you,” found in the following verse. Why, then, do we not have five cups of wine at the Seder? The Talmud (Pesachim 118) explain that while the first four expressions of redemption from Egypt have in fact been realized, the fifth expression, “I will bring you into the land” has not yet been completely fulfilled. Only when all the Jews return to Israel and Mashiach comes to Jerusalem will we rejoice with a fifth cup.

This fifth cup is present at the Seder as the traditional Cup of Elijah. It is placed on the table but it is not drunk.