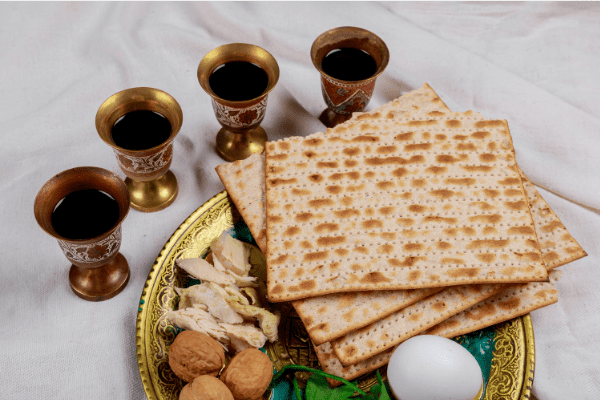 Say, therefore, to B'nei Yisrael: I am Hashem. I will free you from the labors of the Egyptians and deliver you from their bondage. I will redeem you with an outstretched arm and through extraordinary chastisements.

When Moses first encounters the God of Israel, God assures him that he will redeem Israel from their Egyptian bondage. In Egypt, He repeats this promise using language that seems overly redundant, repeating His intention no less than four times (Exodus 6:6-8):

Say, therefore, to B’nei Yisrael: I am Hashem. I will free you from the labors of the Egyptians and deliver you from their bondage. I will redeem you with an outstretched arm and through extraordinary chastisements. And I will take you to be My people, and I will be your God. And you shall know that I, Hashem, am your God who freed you from the labors of the Egyptians. I will bring you into the land which I swore to give to Avraham, Yitzchak, and Yaakov, and I will give it to you for a possession, I Hashem.”

The Torah, normally concise, uses four words to describe God’s intention: I will bring you out (וְהוֹצֵאתִי vehotzeiti), I will deliver you (וְהִצַּלְתִּי vehitzalti), I will redeem you (וְגָאַלְתִּי vega’alti), and I will take you (וְלָקַחְתִּי velakahti). A fifth word is also used accompanying God’s promise to bring the Children of Israel to the Land of Israel: I will bring (וְהֵבֵאתִי v’heiveiti).

There was, after all, only one redemption from Egypt. But a closer look shows that the story of the redemption of the Children of Israel was a multi-stage process as reflected in the seemingly repetitive words of these verses.

The Israel Bible explains why we speak about four languages of redemption, represented by the four cups of wine that are drunk at the Passover Seder, when there were in fact five:

“Four cups of wine are drunk at the Passover Seder, corresponding to the four expressions of redemption used in this verse to describe the exodus from Egypt: “Free,” “deliver,” “redeem,” and “take” (verses 6-8). A close reading of this chapter, however, uncovers that there is a fifth expression, “I will bring you,” found in the following verse. Why, then, do we not have five cups of wine at the Seder? The Talmud (Pesachim 118) explains that while the first four expressions of redemption from Egypt have in fact been realized, the fifth expression, “I will bring you into the land” has not yet been completely fulfilled. Only when all the Jews return to Israel and Mashiach comes to Jerusalem will we rejoice with a fifth cup.” 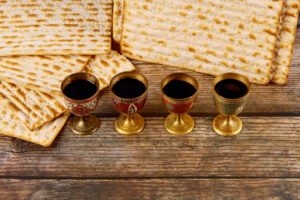 Four cups of wine for the Passover Seder (Shutterstock.com)

The Baal Haturim explained it differently, suggesting that the four languages of redemption parallel the four kingdoms that will enslave the Jewish people later in history. Like He did in Egypt, God promises to redeem His people from each of these oppressive regimes.

Rabbi Naftali Zvi Yehuda Berlin, also known as the Netziv, noted that the Hebrew term for words often used by the rabbis is leshonot, which literally means languages. For the Netziv, the terms in this portion denote the language of redemption rather than words of redemption. This implies that each term relates to a stage in the redemption process as explained above. The stages indicate that redemption is a process that is gradual.

Of course, freeing the Hebrews from the hard labor and servitude was a necessary aspect, but the redemption could not end there. It would not have been a true redemption had the Jews remained in Egypt as chattel. They also had to be redeemed from their Egyptian masters. This was in order to achieve the next stage of redemption, which was to serve God. And serving God was a necessary prerequisite to living in the land that had been promised to the Patriarchs.

The language of these verses about the Exodus from Egypt emphasizes that redemption is always a process. Even the appearance of Moses did not signal the culmination. Though God could surely have performed one stunning miracle, snatching the Hebrews from Egypt in one dramatic act, there is much to be learned from God’s explicit intention to bring the redemption gradually, not the least of which is a multi-faceted approach to thanking God, hence the four cups on Passover.

Another aspect of this multi-stage redemption, reflected in the different aspects that God emphasized in His promise to Moses, is that Israel’s nationality, freedom and presence in the Land are all integral parts of their relationship with God.