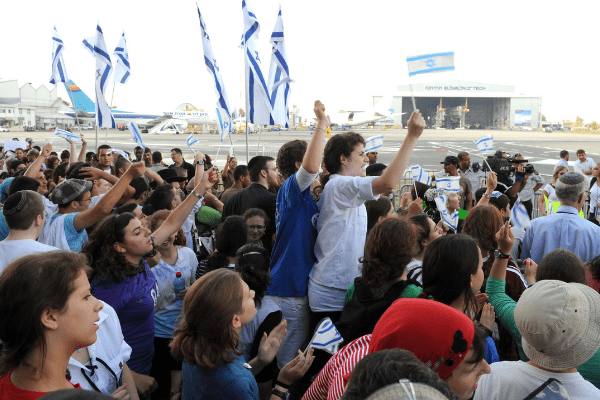 There are two passages in the Torah that contain a short list of promised blessings should the Children of Israel adhere to the commandments, and a longer list of curses should they not. The first is found in Leviticus chapter 26 and the second is in Deuteronomy 28.The curses are referred to as tochachot (תוכחות), or rebukes.

According to Jewish tradition, when read in synagogue they are read quickly and in a soft voice, presumably to soften the blow for the congregation. This custom is based upon a story in the Talmud in which one of the rabbis, Levi the son of Buti, mumbled while reading the curses. The commentators explain that Levi read the verses of the tochacha quickly and in a troubled manner because he was upset by the content.

At the end of the section in Leviticus, the Torah describes a process of teshuva (תשובה), or repentance (Leviticus 26:40-41), assuring the people that after the exile and the other terrible punishments the nation will regret its sins, confess, and return to God.

The next verse appears to be a continuation of this comfort from God:

But Rabbi Yeshayahu ben Avraham Ha-Levi Horowitz, a 17th century mystic who lived in the northern Israeli city of Safed, explained that this verse is, in fact, a verse of rebuke.

How so? In this verse, God is reminding the people of Israel that they are descended from the incredibly holy Abraham, Isaac, and Jacob. With amazing forefathers like this, who never swayed in their service to God, how could the people of Israel descend into idolatry and sin?

The sages explain that rebuke is not a sign that God is abandoning Israel. In fact, the Torah commands us to rebuke our kinsfolk, the people we love the most!

You shall not hate your kinsfolk in your heart. Reprove your kinsman but incur no guilt because of him. Leviticus 19:17

Rebuke must only be given out of love – a lesson God makes clear in the sections of rebuke in the Torah. The painful words they contain are a powerful rebuke to God’s people – but also an expression of God’s everlasting love.

This is similar to a man who sees a child gorging himself on a large bag of candy. Of course, the man will tell the child that eating too much candy will make him ill. But if the child is his own son, the man will snatch the bag away and rebuke the child, for he loves his son too much to allow him to become sick.

The same is true of God and the Jews. The punishments are not a sign of God’s rejection of the Jews, but rather a sign of His great love for them. After all, if He had abandoned them, what purpose would there even be in the rebuke?

Though the people of Israel sinned and were punished, God never rejected them, for He will never leave His people. His ‘face’ may be hidden and He may appear to be distant, but He is always there awaiting our repentance, and He will never forget His covenant with His people.

If God’s love remained true during Israel’s long exile, it is even more obvious today when we are blessed to see the prophecies of redemption unfolding before our eyes. The desert of Israel is blooming and the scattered children of Israel are returning from exile. God has remembered His people.