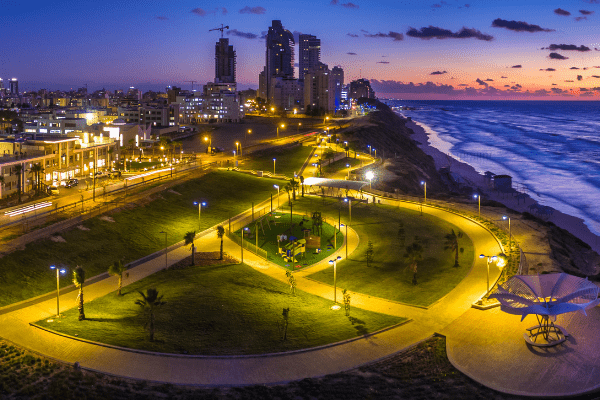 I will set My face against you: you shall be routed by your enemies, and your foes shall dominate you. You shall flee though none pursues.

Rabbi Shlomo Riskin told the following story about Rabbi Yekusiel Yehudah Halberstam, the spiritual leader of the Sanz-Klausenberg sect of Hassidic Jews. Rabbi Halberstam’s wife, eleven children and most of his followers were murdered by the Nazis while he was incarcerated in several concentration camps including Auschwitz. After the war, he re-settled those of his Hassidim who survived in Brooklyn. The rabbi took over the Beth Moses Hospital in the Bedford Stuyvesant neighborhood, converting it into a large study hall and synagogue.

Rabbi Riskin related how, as a young boy, he left his home on Hart Street, Brooklyn on the Shabbat when the Torah portion of Ki Tavo was read in the summer of 1952, in order to pray with the Sanz-Klausenberg Hassidim. The 12-year-old boy wanted to experience Hassidic prayer and, perhaps, meet the holy Rabbi Halberstam.

The young Rabbi Riskin did so knowing that the Torah reading included the blessings God promises for following his commands, followed by 53 verses that describe the punishments in store for Israel when they forsake God’s teaching:

If you don’t obey the Lord your God and all His commandments and statutes, then these curses shall come upon you… God will smite you with consumption and with a fever and with an inflammation and with an extreme burning and with the sword… God will turn your rain into dust, and it will come from the skies to destroy you… And your corpses shall be meat for all the birds of the sky and for beasts of the earth. God will smite you with madness and blindness and a confusion of the heart. God will bring a nation from afar against you, from the end of the earth, swooping down like an eagle, a nation whose language you don’t understand. A haughty arrogant nation which has no respect for the old nor mercy for the young. (Deuteronomy 28:15- 50).

Jewish tradition mandates that these verses be read in a low voice.

“The Tochacha (admonition) is not something we’re very eager to hear,” Rabbi Riskin wrote. “But if we have to hear it as part of the Torah cycle, then the hushed words, without the usual dramatic chant, are shocking.”

As per the accepted custom, the man reading from the Torah that day did so in a soft voice, almost a whisper. The young Riskin was shocked to hear Rabbi Halberstam, standing at his lectern, command in a stern whisper the Yiddish word, “Hecher” (louder). The man reading from the Torah stopped in confusion, deliberating for a few moments, torn between tradition and the rabbi’s command. The congregation was equally confused. Could it be that the rabbi, an expert in Jewish law, was ordering them to break with tradition?

The Torah reader resumed his chanting from the Torah, adhering to the tradition of reading the section about the harsh punishments in a whisper.

Rabbi Halberstam began banging on his lectern with his fist, raising his voice and yelling in Yiddish:

I said louder! Read these verses out loud! We have nothing to fear, we’ve already experienced the curses. Let the Master of the Universe hear them. Let Him know that the curses have already befallen us, and let Him know that it’s time for Him to send the blessings!

The Rabbi turned his face to the wall of the synagogue, while the Torah reader continued, this time in a loud voice, chanting the curses to the stunned congregation.

“I was trembling, with tears cruising down my cheeks, my body bathed in sweat,” Rabbi Riskin related. “I had heard that the rebbe lost his wife and 11 children in the Holocaust – but refused to sit shiva [mourn] for them because he could not spare a moment from the task of trying to save Jewish lives by enabling them to leave Europe. He himself refused a visa for America until the majority of his Hassidim had been saved. His words seared into my heart.”

After the conclusion of the prayer service, Rabbi Halberstam addressed his followers:

My beloved brothers and sisters. Pack up your belongings. We must make one more move – hopefully the last one. God promises that the blessings which must follow the curses will now come. They will come – but not from America. The blessings will only come from Israel. It is time for us to go home.

True to his word, Rabbi Halberstam led his followers to Israel and founded a new community, Kiryat Sanz, in Netanya in 1960.

Those words heard by the 12-year-old boy clearly had a huge impact on Rabbi Riskin. In 1983, Rabbi Riskin immigrated to Israel with his family where he became the founding Chief Rabbi of Efrat, a beautiful settlement in Judea, a position he still holds. Over the years, he was joined by many former members of his New York congregation. Rabbi Riskin has established a network of high schools, colleges, graduate programs, seminaries, and rabbinical schools with a total student enrollment numbering in the thousands.

While in the concentration camps, Rabbi Halberstam attempted to remain fully observant despite the inhuman conditions, and to encourage his fellow prisoners. He never touched non-kosher food and refused to eat food cooked in a non-kosher pot, subsisting only on bread and water. Moreover, he would not eat the bread until he had ritually washed his hands, and would often wait for days to find some water for this purpose. Often he went hungry. His staunch faith gave spiritual strength to many. The rabbi suffered horrible beatings for refusing to work on Shabbat. He assured his fellow inmates that God was with them in the valley of death, and would not abandon them.

At one point, the rabbi and his group of prisoners were slated for extermination. All the prisoners were taken to a field outside of Warsaw, told to undress and stand near open pits, where soldiers prepared to machine-gun them. At the last moment, however, a car sped into the field. A high-ranking officer jumped out and communicated the special order from Berlin to stop the execution and send the prisoners to the Dachau concentration camp, where they were needed as slave laborers.

On the third day of what the Nazis intended as a death march to Dachau, the group was strained to the limit of their endurance. The group was finally brought to rest for the night in a field surrounded by SS officers. As the guards slept, the Rebbe passed the word around: “Everyone should dig beneath himself. God’s salvation comes in the blink of an eye.” Each prisoner began to dig with his fingers, spoons, or pieces of wood. Remarkably, each found water, and small springs began to pop up everywhere, quenching everyone’s thirst and giving them new life. Many years later, the Rebbe explained why he himself didn’t drink from the water: because the date was the 9th of Av, a traditional day of fasting to commemorate the destruction of the Temple.

On the fifth day, the surviving marchers were packed into cattle cars for the rest of the journey to Dachau. Over the next few days, many succumbed to the overcrowding, lack of water, stench and heat in the cattle cars. Of the 6,000 that set out on the death march, less than 2,000 made it to Dachau alive. The Rebbe was one of the survivors.

His eldest son survived the war but succumbed to illness in a nearby Displaced Persons camp before his father even knew that he had survived. In 1947, Rabbi Halberstam remarried and had seven more children. His sons, Rabbi Zvi Elimelech Halberstam and Rabbi Shmuel Dovid Halberstam, succeeded him respectively as Sanzer Rebbe of Netanya and Klausenberger-Sanz Rebbe of New York. Rabbi Halberstam died on 18 June 1994 and was buried in Netanya.

In Israel today, there are special people who go to great lengths to ensure elderly Holocaust survivors living in the Holy Land receive the care and support they need. Click here to learn more and support their holy work.