Sexual Purity and the Land of Israel 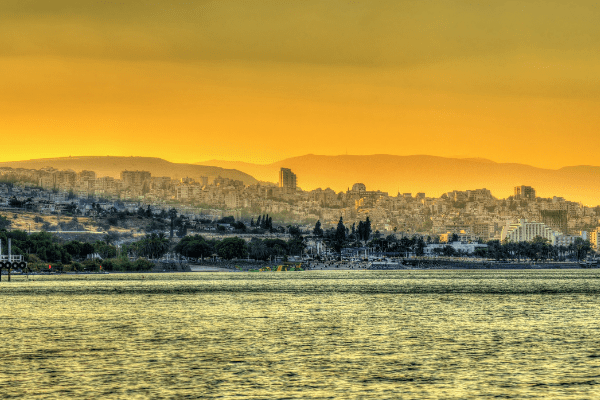 You shall keep My charge not to engage in any of the abhorrent practices that were carried on before you, and you shall not defile yourselves through them: I Hashem am your God.

Leviticus chapter 18 introduces the Torah’s restrictions on sexual relations. The punishment for violating these transgressions is karet (being cut off from Israel). The title given for the list of the Bible’s prohibited sexual offenses is gilui arayot, which means “uncovering the nakedness,” and the list begins with prohibited familial relationships.

These prohibitions are found in the Torah following the Yom Kippur (Day of Atonement) Temple service and the prohibition against eating blood. On its simple level, this teaches us that purity in intimacy is required in order to have a close relationship with God. This is how the Rambam (Maimonides) seems to understand the prohibitions as he classifies them under the category of Kedusha (holiness) in his code of Jewish Law (the Mishneh Torah).

The Torah hints that impure relations was a characteristic of Egypt and Canaan. A Jew on the other hand, and certainly one who dwells in the Land of Israel, has a much closer relationship with God and requires an enhanced level of purity. The land itself is so pure that it cannot tolerate immoral behavior and will kick out any nation that does not behave accordingly.

This verse (Leviticus 18:3) warns the Israelites to avoid the negative behaviors (such as incest and child sacrifices) that were prevalent in Egypt and Canaan. The chapter ends (Leviticus 18:24-30) with an incredible, spiritual statement. It warns that Eretz Yisrael itself is so pure that it cannot tolerate abominable behavior, and will therefore expel any nation that defiles itself and the land, including the Jewish people. Ultimately, the Jews were indeed expelled from the land because of their sins. In modern times, even as we are grateful that Hashem has returned the Children of Israel to the land, this warning must be taken to heart. The land must be kept pure, and the people’s behavior must adhere to the teachings of the Bible.

In order to be the Chosen Nation serving God in the Promised Land, the Children of Israel had to maintain an elevated spiritual state of holiness by exercising restraint in eating and sexual relations.

Later on in the Torah, in the episode of Cozbi and Zimri (Numbers 25), we see that there is a link between improper relations and foreign idolatry. In that episode, it is Phinehas who intervened. Since he was from the tribe of Levi, he had a heightened sense of the sanctity of sexuality due to his tribe’s closeness to God through the service in the Tabernacle.

In the Talmud, Rabbi Akiva takes a universal approach to these prohibitions, learning them from the Book of Genesis:

Hence a man leaves his father and mother and clings to his wife, so that they become one flesh. Genesis 2:24

Rabbi Akiva learns that by extension, “his father” also includes his father’s wife, even if she is not his mother, and his “mother” is meant literally—to exclude incest. “And he shall cleave,” but not to another male, which excludes homosexuality. “To his wife,” specifically and not to his neighbor’s wife, which excludes adultery. “And they shall be as one flesh,” which excludes animals and bestiality.

In this manner, already in Eden God accentuated the elevated spiritual status of Man by differentiating him from the other animals of creation. Though Man was physically animalistic, his elevated status precluded eating from the Tree of Knowledge. Man was also prohibited from having relations that animals may engage in.

It is interesting to note that despite the proscription against a relationship with a granddaughter, sexual activity between a man and his daughter is not explicitly forbidden in the Torah. The Talmud argues that this is because this prohibition (along with several others) was obvious and implicit in the nature of Man.

While there are restrictions on the people with whom can have an intimate relationship, sexual relations are not prohibited outright and Jews are, in fact, commanded to marry and bear children. In the Talmud, marriage is referred to as Kiddushin (sanctification). When properly channeled, relations between a man and woman sanctify and raise up our physicality to the point where we can participate in an act of Creation.

Ironically, one of the prohibitions is marrying a woman and her sister (Leviticus 18:18). It seems that Jacob transgressed this prohibition when he married both Rachel and Leah. Some commentaries maintain that since Jacob lived before the Torah was given at Sinai, he was not obligated in the mitzvot. The Ramban (Nachmanides) uses Jacob’s actions as proof that the mitzvot (commandments) are not incumbent upon Jews living outside of Israel as he married the two sisters while in the house of Laban in Haran. The Ramban explains that the mitzvot, including the mitzvot of sexual purity, were only incumbent inside the land of Israel. For this reason, Rachel died tragically upon entering Israel so that he would not be married to sisters in the Holy Land. According to the Ramban, Jews do observe the mitzvot outside of Israel for two reasons: in order to remember the mitzvot for when they return, and to maintain a clear appearance of being from the Children of Israel.